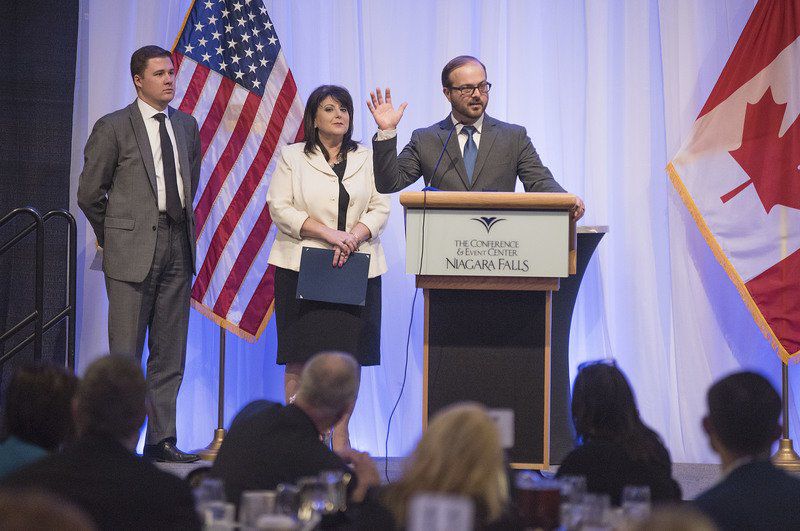 James Neiss/STAFF PHOTOGRAPHERThomas Lowe, of the Leadership Niagara class of 2014, accepts the 2018 Leader of the Year award during a luncheon at the Conference & Event Center Niagara Falls. 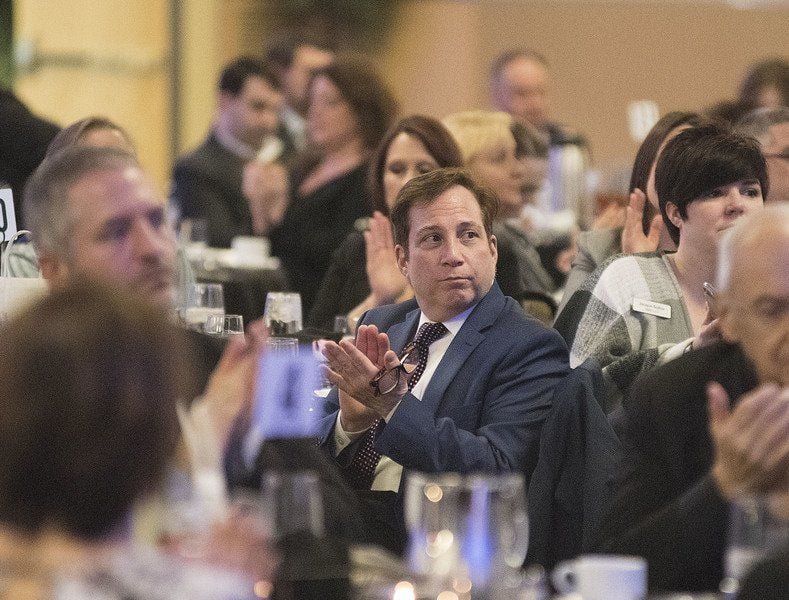 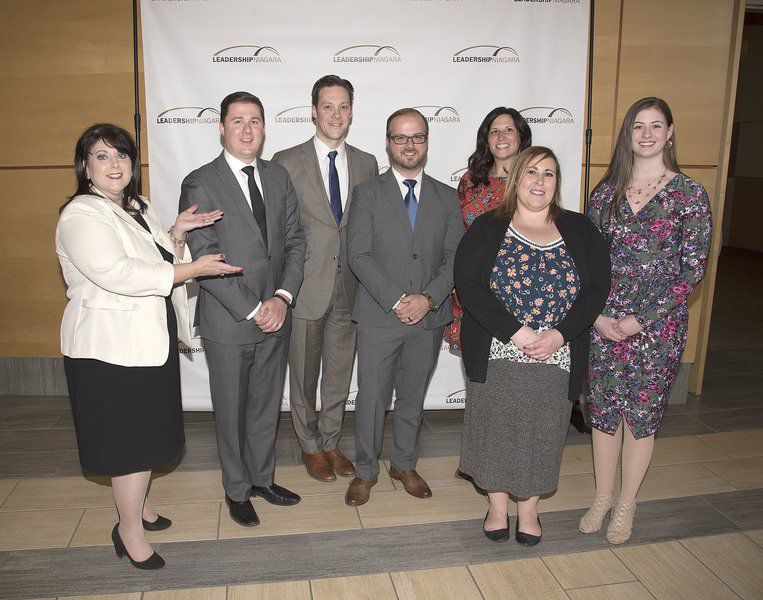 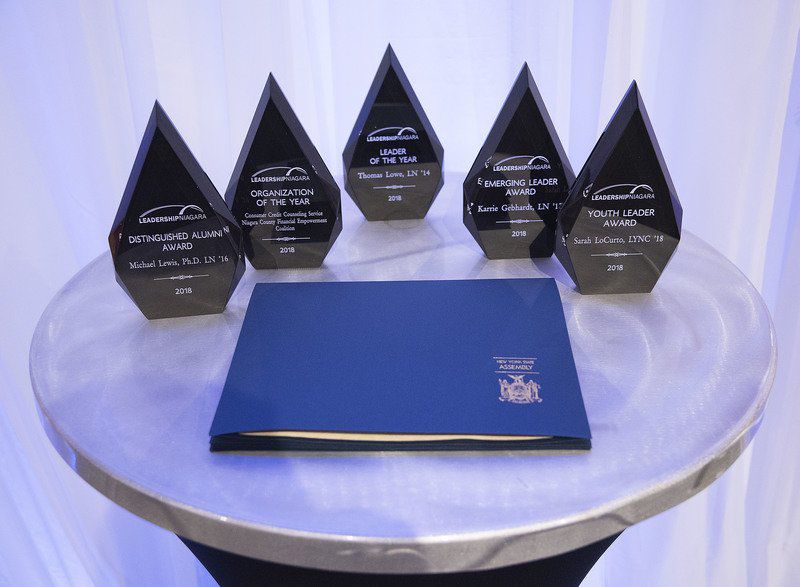 James Neiss/STAFF PHOTOGRAPHERLeadership Niagara recognized its 2018 honorees during the 28th Annual Leader of the Year Luncheon at the Conference & Event Center Niagara Falls.

James Neiss/STAFF PHOTOGRAPHERThomas Lowe, of the Leadership Niagara class of 2014, accepts the 2018 Leader of the Year award during a luncheon at the Conference & Event Center Niagara Falls.

James Neiss/STAFF PHOTOGRAPHERLeadership Niagara recognized its 2018 honorees during the 28th Annual Leader of the Year Luncheon at the Conference & Event Center Niagara Falls.

In the view of many, they are the best and brightest of Niagara County.

And on Wednesday, Leadership Niagara honored five of them as part of its 28th annual Leader of the Year Awards.

"They (the honorees) speak volumes of the talent we have in this community," Leadership Niagara President and CEO Liz Zulawski said.

Michael Lewis, a member of the 2016 Leadership Niagara class, was honored as the organization's 2018 Distinguished Alumni. Heather Lyon, who works with Lewis in the Kenmore-Tonawanda Union Free School District, introduced him by telling luncheon attendees that he was "a visionary leader who strives for excellence and embodies the core values of Leadership Niagara on a daily basis."

Lewis told the audience he came to Western New York, from Long Island, to attend college. He stayed because he was impressed by the area's sense of community and the support that came from it.

Consumer Credit Counseling Services was honored as the 2018 Organization of the Year, while Leadership Niagara Class of 2017 member Karrie Gebhardt was selected as the 2018 Emerging Leader of the Year.

Gebhardt, who works as a domestic violence counselor and advocate with Family & Children's Services of Niagara, was praised for being "visionary, creative and innovative."

"The survivors of domestic violence have taught me more about leadership," Gebhardt said. "I dedicate this award to them."

The recipient of the organization's newest award may have had the greatest impact on the luncheon audience. Sarah LoCurto, a 16-year-old junior at Niagara-Wheatfield High School, was the inaugural recipient of Leadership Niagara's Youth Leader Award.

Introduced by her Spanish teacher, Elizabeth Young, LoCurto was spotlighted for her academic achievement, her involvement in student activities and her volunteer work with Roswell Park Comprehensive Cancer Center.

When LoCurto learned that cancer patients cannot be around live flowers because of their treatment medications, she embarked on a campaign to surround them with a substitute. She, along with dozens of other teens, have made more than 1,000 paper flowers that now fill the rooms and halls at Roswell.

"She has dedicated her life to helping others," Young said. "For some of you, this is the first time you heard of Sarah LoCurto. Mark my words, she's destined for greatness."

LoCurto had her own advice, and a prediction, for the audience.

"It's impossible to be an effective leader without a group of people who share a goal," she said. "We have the ability to impact the world in positive ways. Young people can and do make a difference."

The award went to Thomas Lowe, the director of IMPACT/ReNU at Niagara University. Lowe, a member of the organization's Class of 2014, said he saw a bright future for the region.

"I believe this community is full of amazing people," Lowe said.