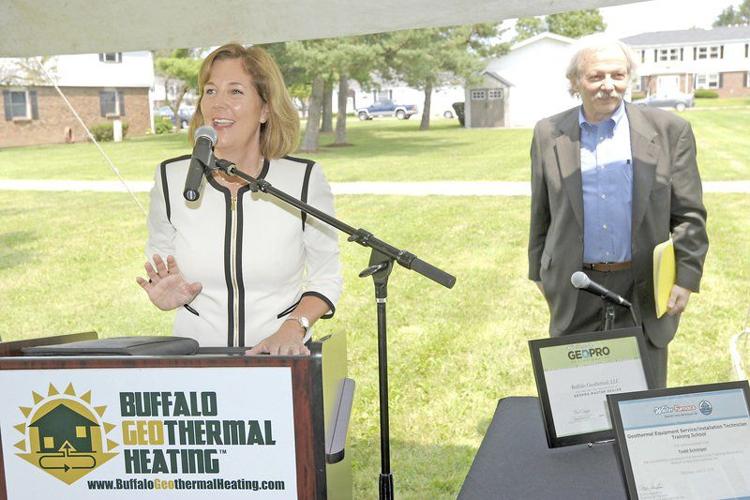 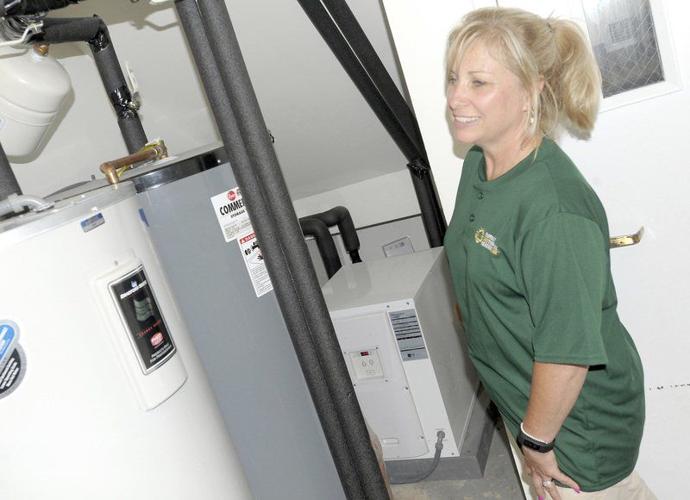 Lockport Housing Authority was recently recognized for converting all 72 apartments at its Autumn Gardens complex to geothermal energy.

Bill Nowak, the executive director of New York Geothermal Energy Organization, said about "basically about half of the energy that comes from the sun is absorbed by the ground and this is a resource that hasn't been up until now effectively used." He also mentioned that in New York state about a third of the greenhouse gases that are emitted come from the heating and cooling of homes and buildings.

He explained geothermal energy works by utilizing the solar energy that is stored below the frost line in the ground, where it is about 50 degrees year round.

"What we do in geothermal, is in the wintertime there is a series of pumps that are put in the ground. In the wintertime we flow a very cold liquid through those pumps. And the cold liquid absorbs that 50 degrees from the ground and comes back warmer. And once it comes back into the house or the building it's compressed using a pump ... anytime you compress an element that increases the heat, and so it revs up the heat to a point where it can effectively heat and cool an apartment a home or a business," Nowak said. "Part of the beauty of geothermal is that in the summertime you just flip a switch and the process can be reversed. So you're pulling the warm air out of the house and expelling it into the ground, and there it is saved up to heat the building the next year."

Kevin Bancroft, the executive director of Lockport Housing Authority, said the authority has already seen a decrease in heating and cooling costs from the conversion.

"So we went from the electric base board heating. The cost of electricity is high anyways. So base board heating, it was very expensive to pay for that type of heating. These type of units were taking advantage of the temperature in the ground and to bring it into the apartments. And the heat pumps are very very efficient. The efficiency of these heat pumps are really what saved us money," Bancroft said.

The Autumn Gardens used 629,000 kilowatts per hour of electricity in 2014. By the first quarter of operations with geothermal, the switch provided 75 percent energy savings for heating per year and reduced the total energy consumption by 40 percent, according to a press release from the New York Geothermal Energy Organization. The project cost around $800,000 for the conversion of the heat pumps and was financed by HUD Project Improvement funds and a grant provided by New York State Energy Research and Development. Buffalo Geothermal was the company that did the conversion of the pumps.