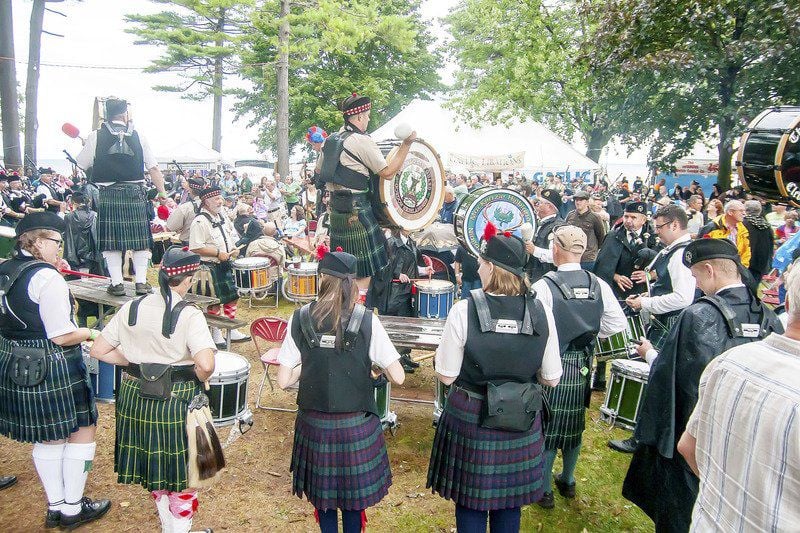 contributed photosThe music of bagpipes and drums will fill Krull Park in Olcott at the 16th annual Niagara Celtic Heritage Festival. The family-friendly event is slated for Sept. 17 and 18. Discount tickets are available until Sept. 5, online or at Windsor Village in Lockport. 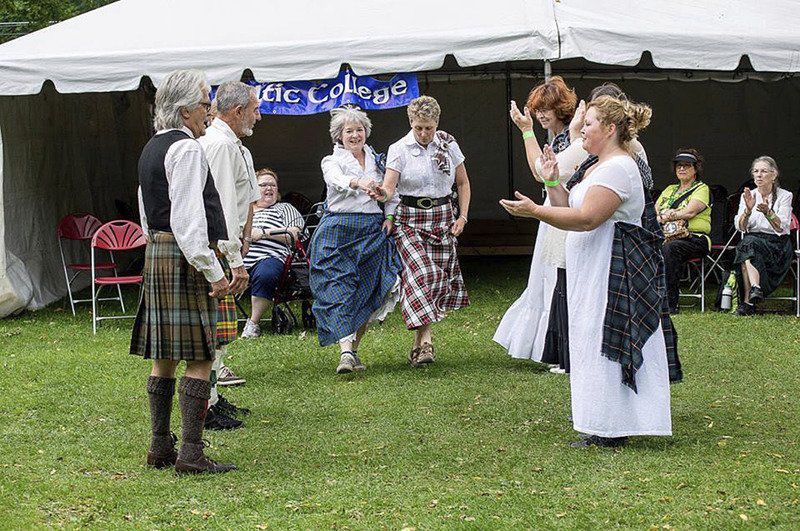 Visitors to the Niagara Celtic Heritage Festival can learn the art of Scottish Country Dancing at the Celtic College.

contributed photosThe music of bagpipes and drums will fill Krull Park in Olcott at the 16th annual Niagara Celtic Heritage Festival. The family-friendly event is slated for Sept. 17 and 18. Discount tickets are available until Sept. 5, online or at Windsor Village in Lockport.

Visitors to the Niagara Celtic Heritage Festival can learn the art of Scottish Country Dancing at the Celtic College.

Before you pack away your summer memories, add a journey through hundreds of years, when the magical land of the Celts beckons you to the realm of fantasy and history at the 16th annual Niagara Celtic Heritage Festival.

Across the entire length of Krull Park, there are separate regions such as Clan Village, the Marketplace, two food courts and The Highland Games field.

Festival hours are 10 a.m. to 10 p.m. Sept. 17; and 10 a.m. to 6 p.m. Sept. 18. There is non-stop entertainment, vendors, artisans, food, libations, demonstrations, live animals, parades, pageantry and more. The Highland games competitions include caber pole toss, sheaf toss and stone throw and the display of skill is amazing to watch.

Throughout the festival, the 1745 Jacobite Rebellion enactors whisk visitors back in time and on Saturday, Bonnie Prince Charles Edward Stewart will arrive and be greeted by his men and the villagers as he joins the rebellion at sunhigh on festival grounds. This is one of the biggest events of the weekend, so be sure to arrive early. Come in period dress or find some gear at the festival and be prepared to consort with characters from vagabonds and scoundrels to peers of the realm.

For those who love the haunting sound of bagpipes and the beat of drums, this is the place to be. Bands come from near and far to play throughout the festival. They are scheduled onstage at various times and all bands mass for the big parade at noon and 5 p.m. each day.

Animals are a part of the party at Celtic Fest and kids can get up close and personal with them. Free pony rides are offered for children run on both days. The Bard of Basswood is a walking, talking tree who spins tales of history and lore. Page the Book Fairy graces the Fairy House and will knight youngsters with her wand. A special Kid’s Corner offers arts and crafts, bubbles and games.

The history and pride of the Scottish people thrives in the descendants of the original families of Scotland and Ireland, known as Clans. Clan Village will be filled with more than three dozen clans this year, including the annual meeting of the Turnbull Clan. At 12:30 p.m. Saturday, during the sunhigh ceremony and parade, the Calling of the Clans will introduce and honor all the Scottish clans in attendance for the weekend.

Each afternoon, Region 1 is filled with the sounds of cannons and muskets. Clans hold an amazing spectacle complete with swordsmanship, muskets, cannon and Highland charge. Twice daily, at sunhigh and sunset, a parade is held on the grounds of the festival. Participants include Clans, groups, re-enactors and bagpipe bands.

The Celtic College takes visitors beyond the entertainment and pageantry to share the art and history of the Celts.

On the Pavillion Stage (the big Lion’s Club shelter), the music and dancing are non-stop. Entertainment will also be available on the Glen Stage.

On Saturday evening, the sun goes down and the bonfire burns while music and enchantment take center stage. The Gaelic Libations tents will provide beer, ale and mead. At 6:30 p.m. on the Celtic Arts Stage, a traditional Seisiun captures the real Ireland at play. From 5:30 to 10 p.m., most shops close down and everyone gathers in the pavilion for the Ceilidh, a traditional Gaelic social gathering.

No festival is complete without lots of food and delicacies. New this year will be a pig roast on Saturday. There is no shortage of fair favorites and traditional Celtic foods. For the truly adventurous, the Haggis Eating Contest returns.

Shoppers will find everything from daggers and swords, intricate jewelry and specialty foods, to clothing, pottery, art and more. Complete lists of vendors and participants can be found online.

The event is accessible for the handicapped but there is a lot of area to cover. Strollers and wheelchairs are not available on site; so come prepared.

Admission is $20 for Saturday, $12 for Sunday or $25 for a weekend pass ($2 off for seniors, students and military with ID at front gate). Children under 12 are free. Until Sept. 5, discount tickets are available online or at Windsor Village in Lockport. Discounted admission costs $20 for the weekend, $10 for Saturday $15 for Sunday. Committee member Vicki Banks said "We are honoring local heroes with a First Responders Saturday, cutting admission in half for first responders and their families, at the gate only." Admission includes parking and a festival guide with maps and schedule and a chance to win a door prize. A wristband allows visitors to leave and return and there is a shuttle bus that goes into Olcott’s business district for shops and restaurants. Discounted admission tickets are available now at the NiagaraCeltic.com web site.