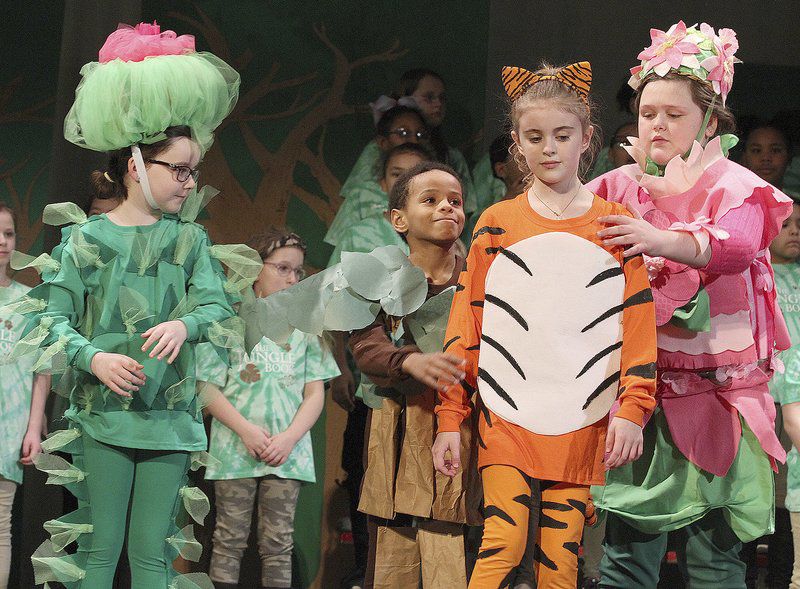 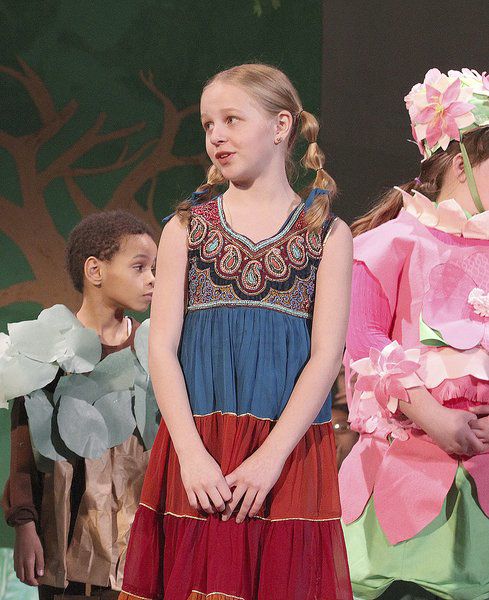 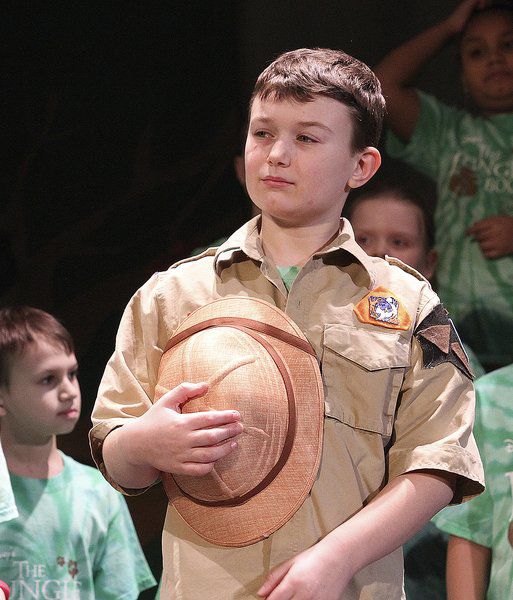 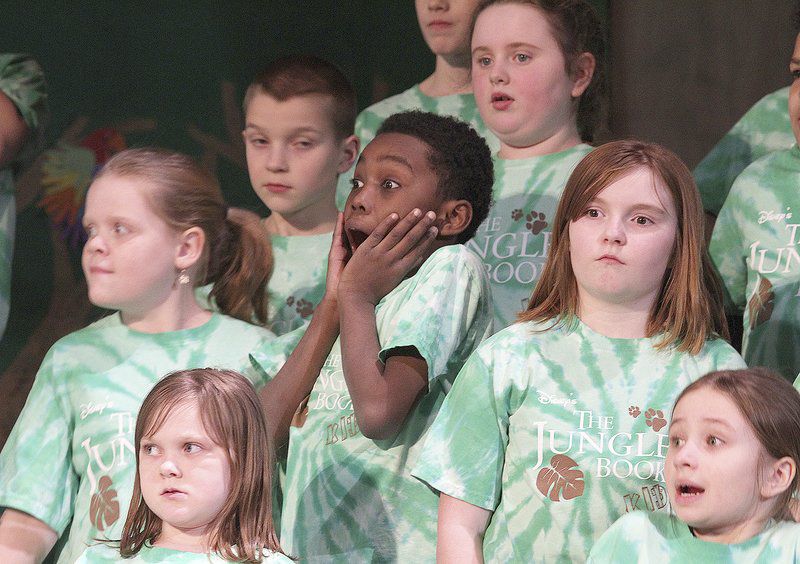 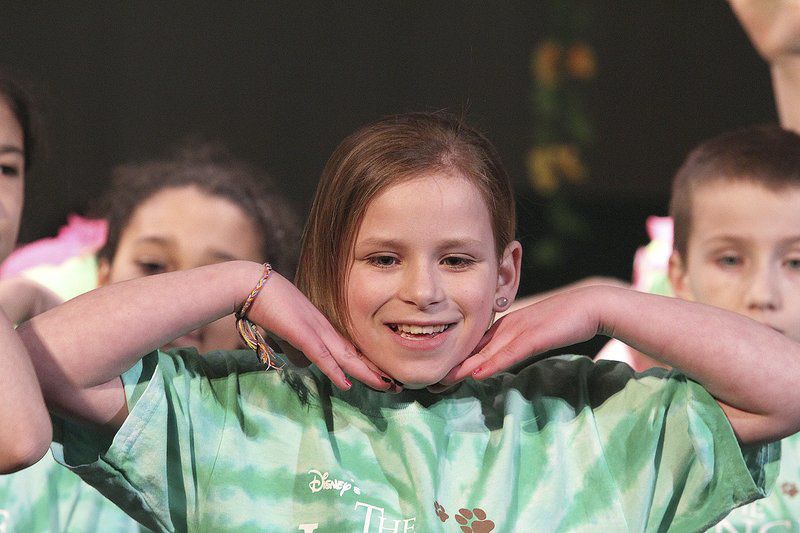 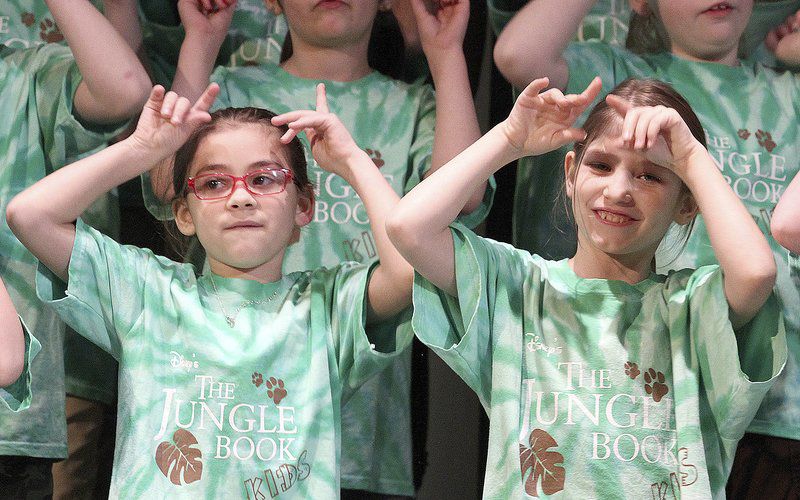 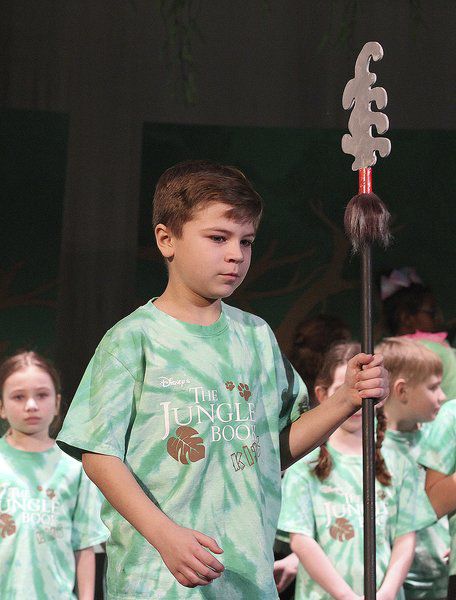 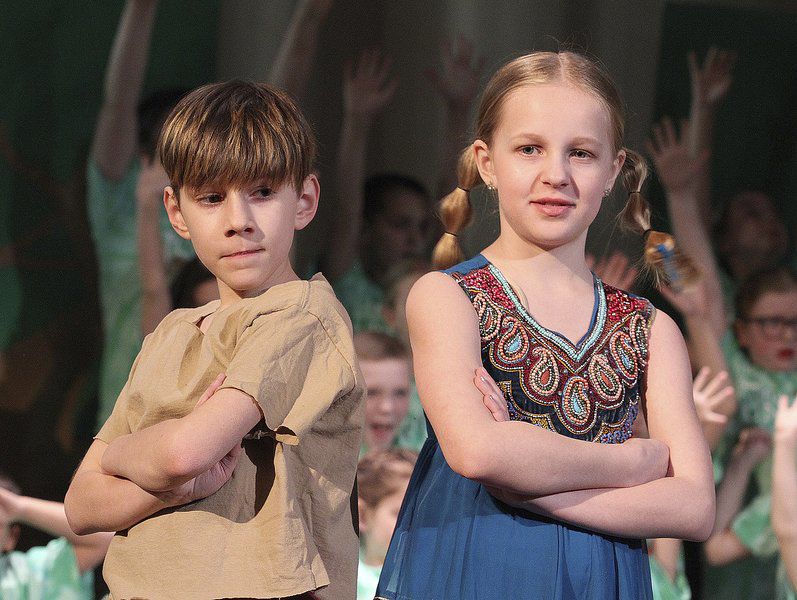 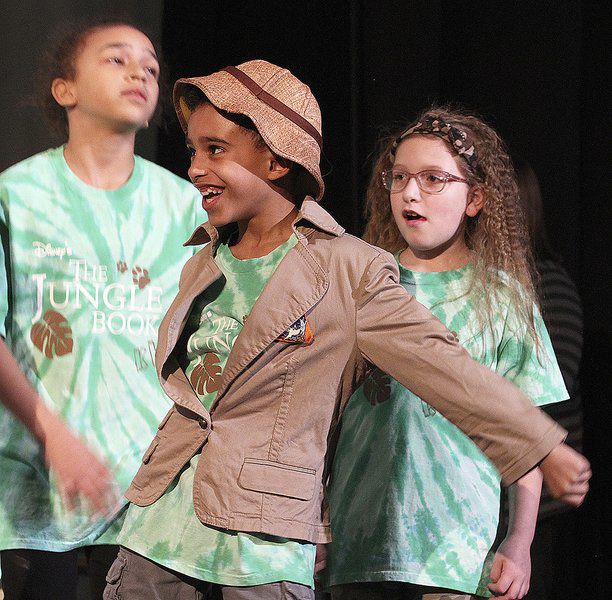 Brayden Powell shows off his moves in the final scene of the show.

Brayden Powell shows off his moves in the final scene of the show.

Roy B. Kelley Elementary School will present Disney's The Jungle Book Kids at 7 p.m. Friday at the Historic Palace Theatre. Tickets are $5.

Adapted from Disney's beloved animated film and the works of Rudyard Kipling, the “man cub” Mowgli bounds through the jungle and learns what it means to be human.

Banished by the ferocious tiger, Shere Khan, a human boy named Mowgli and his panther friend, Bagheera, are on the run in the deepest parts of the jungle.

On their journey, the two meet a sinister snake named Kaa, a herd of elephants and a giant bear named Baloo, who teaches them the swingin' musical rhythms of the jungle.

After surviving a dangerous encounter with a band of monkeys led by King Louie, Mowgli and Bagheera are forced to run for their lives. When Shere Khan returns, the heroes must rally their fellow animals into battle and restore peace throughout the jungle.

The Jungle Book Kids by the Kelley "kids" debuted on the Palace stage Thursday morning.