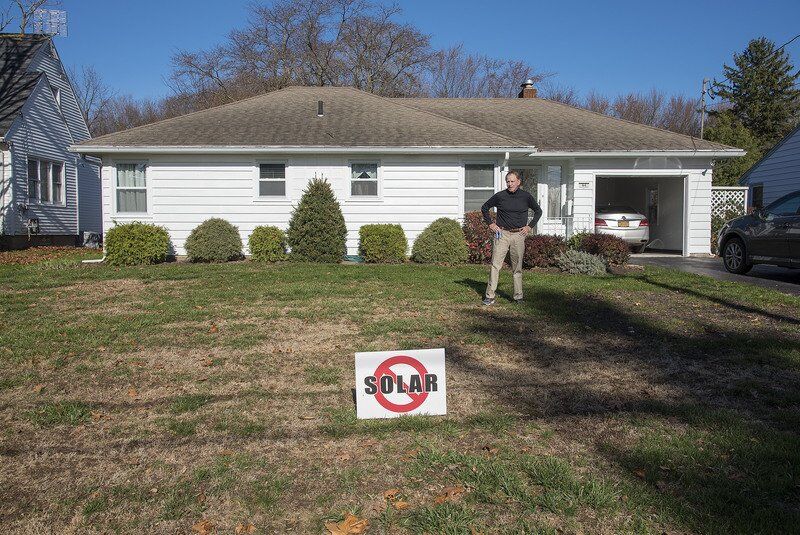 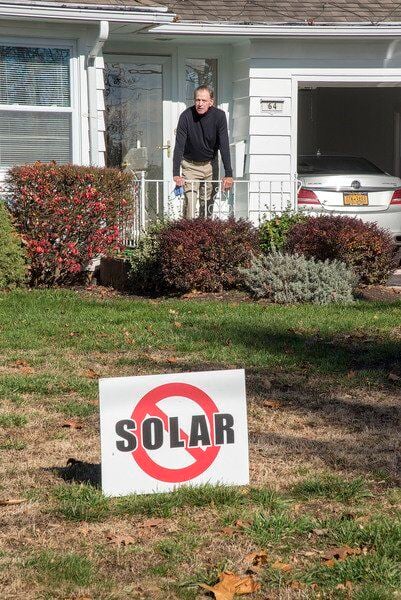 EDITOR'S NOTE: The section of this analysis that considers the potential taxable value of the proposed Summit Street solar field has been updated to reflect additional information provided by OYA after the analysis was originally published.

The debate over large scale solar projects in Niagara County has mostly focused on the issues of safety and aesthetics. What has gotten much less attention is the money part, and it may be the money part that we need to look at most.

For the property owners involved there are basic questions about who wins and who loses. On the winner side, Becker Farms sees solar as an important opportunity. The 50 acres it hopes to set aside for a solar array currently earns the farm $80 per acre, leased out to someone else to grow hay. Leasing that same plot to Ridge View Solar Center would earn the farm $1,000 per acre. Payments like these can help our local farms survive into the future and bring new money into the local economy. Other landowners approached with solar opportunities see that same benefit. Many say that the land involved is also the least farmable acreage they have.

On the other side of the coin is Richard Brown, a retired clerk to the justices of the state Supreme Court, who lives in a modest home across from the proposed Summit Street project. The developer, Toronto-based OYA Solar, has assured city officials that home values nearby will not be negatively affected. But the hard evidence is not so clear. Richard told me that he doesn’t have a problem with solar power, but that his house is one of his chief retirement assets and he can’t afford for it to drop in value because of a solar farm across the street. “If the company is so sure that the value of my home won’t be affected, then insure me for it,” he says.

The economics affecting individual farmers and homeowners is small stuff compared to the multi-million dollar questions about what these projects will pay or won’t to the communities involved.

The economics of OYA Solar’s Lockport project is a good example. The solar field would be an investment of more than $11 million, says the company, though for tax purposes it claims its value would be $3 million (as a declining asset). It says that it expects to generate just under $1 million in annual revenue from the field.

If OYA’s solar field simply paid the same property tax rate as homeowners and businesses in the city of Lockport, its yearly tax bill would be $122,640, split between the city, the county and Lockport City School District. But the company is seeking a Payment In Lieu of Taxes agreement under which its annual bill would instead be just $35,000.

The City of Lockport’s share of that would be about $12,000, roughly the cost of putting on a 20-minute July 4th fireworks show.

The annual property tax break that the company wants would be more than $87,000. That's on top of the state and federal subsidies it would receive, worth roughly $5 million, nearly half the cost of building it.

All this raises a basic question: Why are our communities being asked to forgo hundreds of thousands of dollars in annual property tax revenue for a project already so heavily subsidized with our state and federal taxes?

Mayor Michelle Roman raised this issue when the project’s permit came before the Common Council on October 21st. Council members who defended the giant tax break warned that without it the company would just build its solar project somewhere else and that even the extra $12,000 would be lost. Alderman Richard Abbot warned, “We could be getting $80,000 in property taxes but ultimately we would never get $80,000.”

It is certainly true that any project has a tipping point where the tax costs become too great for it to make a reasonable profit. But a solar field is not a Dollar Store that just can just pick up and locate to another town. It requires careful siting near a main power grid, the kind of site that OYA Solar has chosen in Lockport. A project set to generate revenue of about $1 million a year is not likely to just walk away because the city asks for more than $12,000. There is no logical reason that the city shouldn’t be negotiating for far more.

Now apply that same math to a project like Ridge View Solar Center, which is nearly 50 times bigger than the Summit Street project.

Its owners calculate its value at nearly $400 million. The company won’t state the precise value of the state and federal tax credits it would receive, but the federal subsidy alone should be worth more than $100 million. That company also won’t disclose what it expects to earn annually from the project. But at retail value at NYSEG rates, the electricity from its 350 megawatt capacity would be more than $73 million a year.

If the project were taxed at the same property tax rate as homes and businesses in the area, based on its construction value the owner would get a bill for about $13 million a year. However, here again, the company is proposing a flat payment, of about $1 million a year, split between the towns of Hartland and Newfane, Niagara County and two local school districts. This giant tax break, as in Lockport, would be on top of tens of millions more in federal and state subsidies for its construction.

EDF Renewables' spokesperson notes that Ridge View will only have four full-time employees on site once the project is built and won’t be a liability on local schools. But as many homeowners without children know quite well, school taxes aren’t based on whether you send a student to school.

For cash-strapped local governments, even the added revenue from that discounted payment would mean a good deal, enough to freeze local taxes, according to Hartland Town Supervisor Ross Annable. But what each local taxing entity would actually receive is still undetermined and project opponents in Hartland have claimed it is less than 8% of the town budget and not worth such a fundamental alteration of an entire region. While the lease money paid to landowners from these projects would feed into the local economy, the profits would all be sent back to corporate headquarters in Canada and California.

People who’ve lived in Niagara County a long time talk about the infamous 1957 deal that muscled through the construction of Robert Moses Niagara Power Plant on the Niagara River. Six decades later many still say it left local communities frozen out of the financial benefits, but stuck with the environmental impacts.

The arrival of solar production in Niagara County is a similar moment. It could be a time of huge opportunity, or it could be a time of blind mistakes that will be with us for many decades to come. One thing that is certainly true is that everyone who cares about our county needs to start paying much closer attention now, while the future is being set.

First, we need to treat the arrangements with these companies as serious negotiations. Why should they be entitled to pay less in property taxes than everyone else? And if we agree that there needs to be a reduction to keep projects viable, let’s not just give them whatever they ask.

Second, let’s tell them we want our payment in the form of free electricity to our local governments. City of Lockport taxpayers pay $320,000 per year to light our streets. Let’s tell the owners of the Summit Street project to give the city some of that electricity and negotiate a fair amount. Then it will be up to the city to decide what to do with the money we don’t have to pay to NYSEG any more — cut taxes, fund programs, whatever. The other local governments involved in these projects could look at doing something similar. Imagine driving down our streets and seeing corner lights lit by the sun and not costing you a dime.

Solar energy production is knocking on our door in Niagara County. This series of three articles, launched on Nov. 12, is aimed at deepening the public's understanding about the solar future being proposed here and what it could mean for all of us. The full series is posted at www.lockportjournal.com.