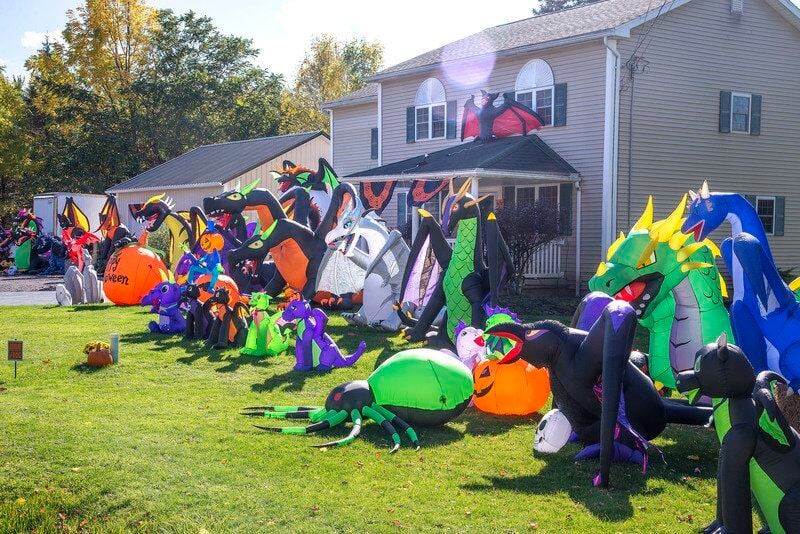 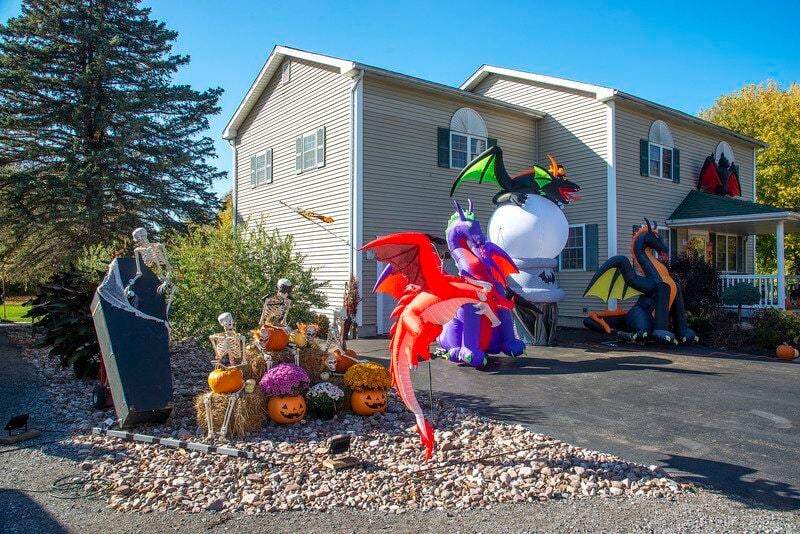 Beeping cars and trucks alike driving by with their brake lights on throughout the day and night, acknowledging their spectacular Halloween display and school buses almost coming to a complete stop — the melting faces of children visible pressed against windows on their way to and from school.

These are among the scenes that Joe and April Kubiniec enjoy throughout the day from their beautiful home on Lake Avenue, just north of Wrights Corners, where dozens of air-filled, giant dragon balloons, complimented by a creative Halloween display in front of their home, dominates the landscape.

You can't miss it and you'll be glad you didn't.

For the Kubiniecs, who've lived there for the past 14 years, and their children, Kasey and Haleigh, that's what it's all about.”

“The reactions are great — it's why we do it — and a lot of people stop, some to take pictures,” Mrs. Kubiniec said on Friday.

“It's not just kids, it's people of all ages — we do it for them,” she said, waving at a car with two smiling people as it rolled by slowly.

April said she purchases the dragons whenever she sees one she likes. She's bought dragons over the years from a variety of sources, including the Internet, on Amazon, Lowes and Home Depot.

“I just google ‘Dragaon Inflatables’ and I look at whatever comes up,” she said. “This is my favorite new one,” she said, pointing to a purple dragon that's flying next to her Halloween pumpkin display.

Last year, the Kubiniecs had a similar display for Halloween, though it was smaller than this year's show stopper.

“My husband decided to put this garage up and it took up some of my yard, but he allowed me to put some dragons in his driveway,” April quipped, adding, “We've added a few more each year. We do it for the kids.”