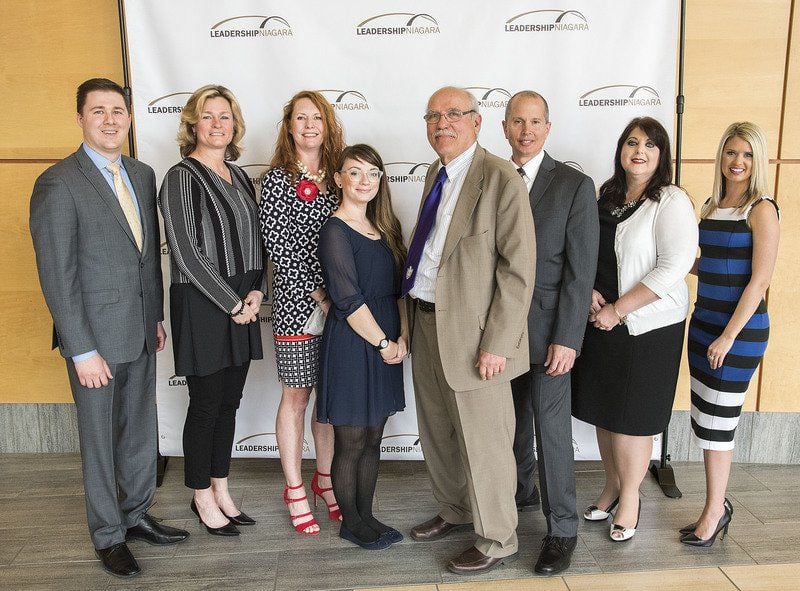 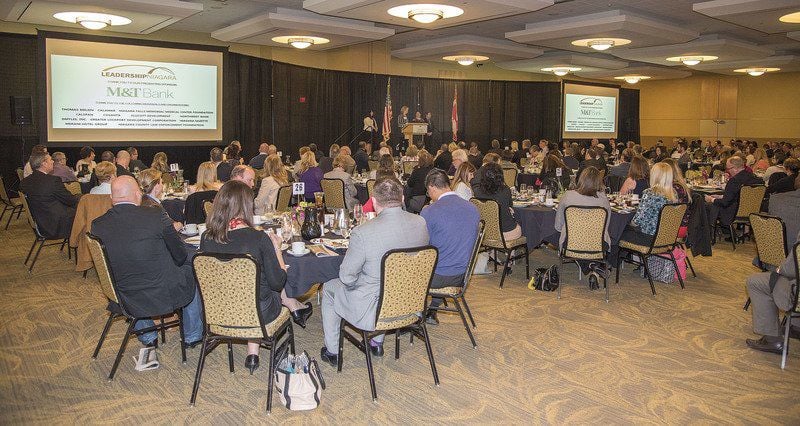 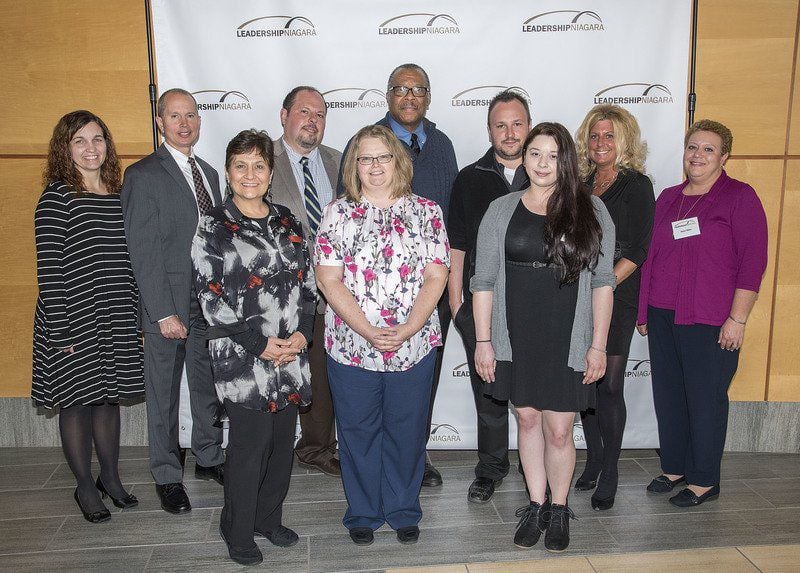 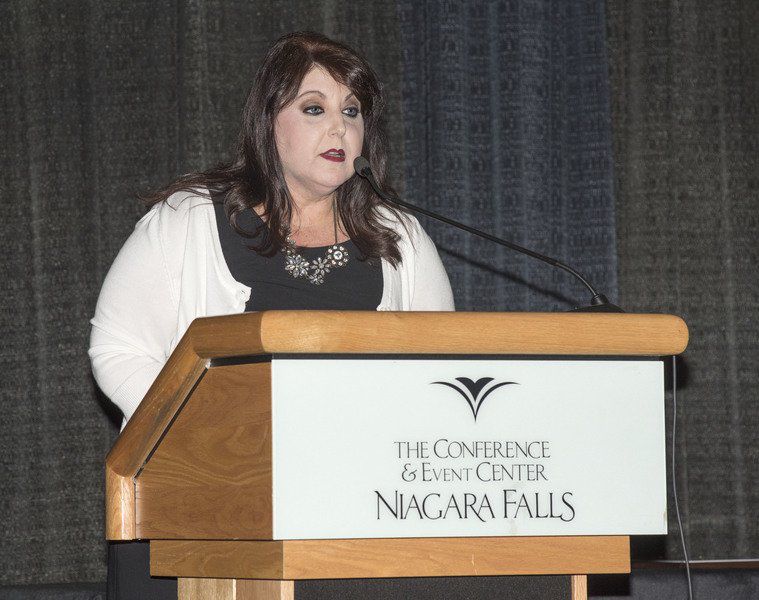 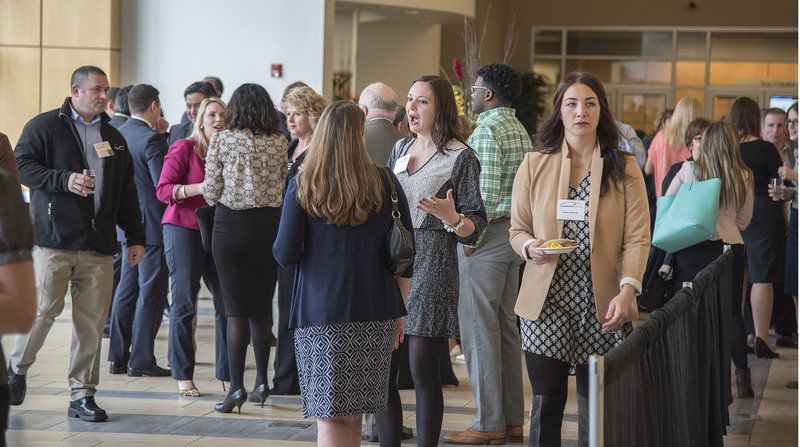 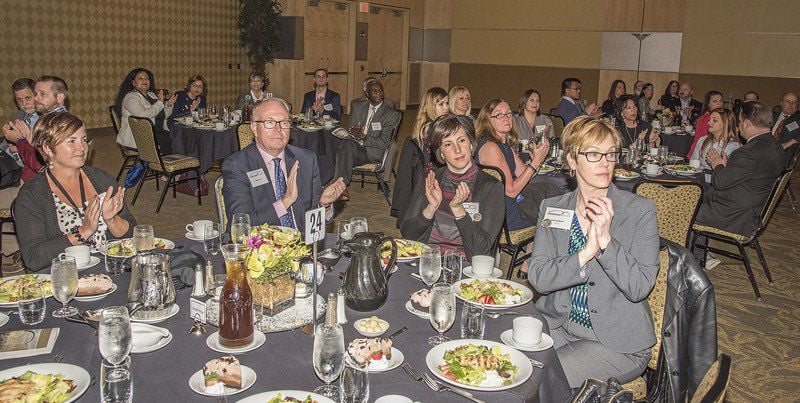 Leadership Niagara has spent the past three decades working to strengthen the skills of local leaders.

On Wednesday, supporters of the organization singled out a select few whose leadership has left a lasting mark on the community.

Liz Zulawski, Leadership Niagara President and CEO, called the honorees “trailblazers.” They were chosen from a pool of nominations and then narrowed down by a committee to represent the individuals or businesses who have taken it upon themselves to step up and work to make the community a better place.

“We are thrilled to honor these individuals, they are truly examples of leadership in our community,” she said. “They have taken action and they haven’t sat on the sidelines waiting for someone else to step forward. They each, in their own way, have contributed to the growth and strength of the Niagara community.”

A total of five awards, including Leader of the Year and Organizations of the Year, were given out during Leadership Niagara’s 27th annual awards luncheon held Wednesday at The Conference & Event Center Niagara Falls.

Sara Capen, executive director of the Niagara Falls National Heritage Area, was selected as the Leader of the Year for her work in promoting, preserving and protecting the natural, cultural and historic resources along the Niagara River. She was instrumental in the development of the Discover Niagara Shuttle, which connects Niagara Falls to Youngstown.

She said she was humbled by the recognition and said her journey so far has taught her the importance of appreciating the highs while working to overcome any lows. She said that overcoming adversity teaches resilience, an important trait for both people and places.

“As a leader, sometimes you have to pause and be grateful for the journey that you’re on,” she said. “That journey takes you many places, whether it’s climbing mountains, whether it’s in the valleys and figuring out how to move on. When you have adversity, you can be resilient and you can learn how to continue to move forward on that journey.”

The Niagara Gazette and Lockport Union-Sun & Journal were recognized as Organizations of the Year. The two newspapers have been serving Niagara Falls and Lockport since 1854 and 1822, respectively.

Chris Voccio, the soon-to-retire publisher of both papers, said he was honored by the recognition and proud of the “longstanding relationship between the papers and Leadership Niagara.

The Lifetime Achievement award went to Dr. Paul Vermette, who has been an educator both locally and elsewhere since 1971. He currently works in the education department at Niagara University. Vermette is also active in the Leadership for Youth of Niagara Communities, or LYNC, Program.

Vermette was honored for his work with 100 young people each year through the LYNC program, teaching a three-credit course that focuses on diversity, globalization, democratic leadership and more. He said Leadership Niagara’s choice to recognize him came as a surprise.

“I didn’t see it coming,” he said. “My role (in the LYNC program) is the educational component. Each of the settings, we have about an hour, hour and a half of quasi-formal instruction on things like communication skills, embracing diversity, critical thinking, and it’s a really, really great program. The 100 students are pretty spectacular.”

The Distinguished Alumna Award was given to Kristen Nuebauer, who became the first woman to reach the rank of Niagara County Sheriff’s Office captain in 2009. She retired last year and now works with S.E.R.V. Niagara, which works to provide support for local veterans, her being a veteran herself. Neubauer also sits on the board of directors for the Buffalo branch of the National Center for Missing and Exploited Children.

“It’s an honor,” she said of her recognition. “It’s the people I surround myself with when I’m volunteering that drive that effort on my part. So, to be recognized for that, is truly humbling and very kind.”

Finally, Leadership Niagara took the time to recognize an up-and-coming leader, Bernice Radle. The Niagara Falls native is the owner of Buffalove Development, and is currently working on the newly announced Community Beer Works brewery, which is under development inside the old Press Box restaurant building on Niagara Street in Niagara Falls.

Radle, who was named as the organization’s Emerging Leader, recalled an event during which she was asked the question: “What would you like to accomplish before you’re 30?”

Radle said it was in that moment, just weeks before her 30th birthday, she made the decision to devote her life to real estate development.

“I really love Leadership Niagara because they change lives and they make people have expectations for their lives that they would not normally have,” she said. “I wouldn’t be here without Leadership Niagara. They’ve been a big influence on my life in the last two years.”