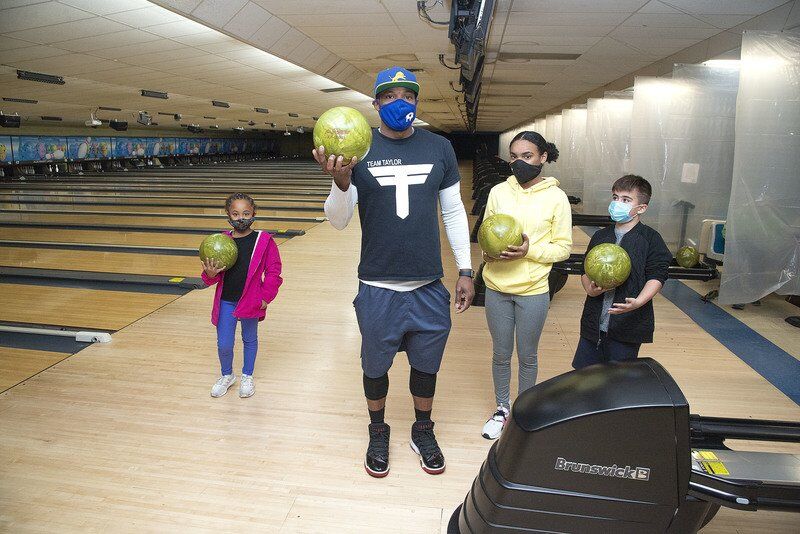 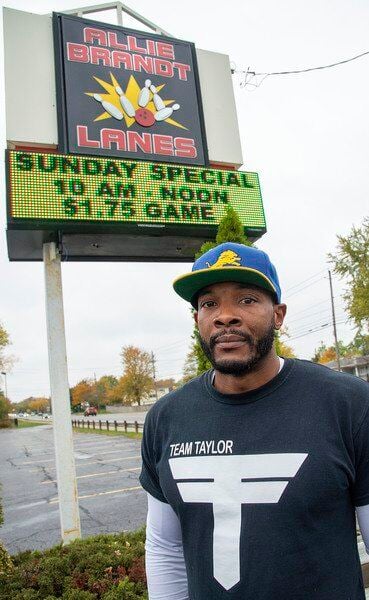 Joe Taylor, a local business owner of mixed martial arts gym, decided to give back to the community that he's lived in all his life. In an effort to keep kids off the street, for the next four Fridays, he and other business owners are sponsoring kids for a bowling night at Allie Brandt Lanes where they can gather and have fun in a socially distant and safe manner.

Joe Taylor, a local business owner of mixed martial arts gym, decided to give back to the community that he's lived in all his life. In an effort to keep kids off the street, for the next four Fridays, he and other business owners are sponsoring kids for a bowling night at Allie Brandt Lanes where they can gather and have fun in a socially distant and safe manner.

Joe Taylor, local gym owner and professional kick boxer, posted on Facebook that he was taking eight teens bowling at Allie Brandt on Friday. He asks if anyone would like to match him.

He was immediately vindicated.

Joshua Lopez of Toys from Lo, Joshua Pagan of Pagans Barbershop, Jason Elniskey of Atlas Barber Co. and Jon’Re Kiner of Kiner Flooring & Painting Solutions among others heeded the call to make Friday a good night for the kids. Safe, positive and socially distanced.

“I’ve lived in Lockport all my life,” Taylor said. “I see a lot of changes in our community. It’s a beautiful community, and love overpowers hate, and we have a lot of love in this city. There’s a few things that that are going wrong in our city where we need more role models for the young teens that are out here with no guidance.”

Taylor said the idea for the bowling night came before the shooting that took Cheyenne Farewell’s life, but the tragedy has only made him more sure that it’s needed.

Taylor said that it was important for teens to surround themselves with the right people: working people, those in school.

One of those people could be Elniskey, a National Guardsman, as well as, a barber on High Street.

“I grew up in the small towns, so we didn’t really have this stuff happen,” said Elniskey. “So, once I got out into the real world, it was kind of a culture shock, and I realized that there needed to be change.”

“They’re getting into guns and violence, things they shouldn’t be getting involved with,” he said. “I know Joe from his gym. He’s a big part of the community, he’s the reason I really got into it.”

What “it” has become is four Friday’s of bowling for the youth at Allie Brandt. Free pop, free pizza. Taylor and Elniskey look forward to more of these each month.

“It has the kids interacting with other kids their age too,” Elniskey said. “When we do the bowling thing, we’re going to mix and match people coming in groups and split them up, get them out of their comfort zone and have them talk to kids they probably never would have talked to in their life.”

Taylor thanked all the businesses and community members that have helped make this a reality.

“We’re not associated with the YMCA or anything, we’re just doing this on our own,” Taylor said. “We have a few businesses in the community that sponsor a kid. What that is, I allow kids to come to the gym for free, but also reached out to a couple of businesses. … They help keep them off the streets. In the gym we talk about life, we talk about respect, discipline, how to carry yourself in life.”

“We’re planning on doing this for the next four weeks, and I know we have a lot of businesses that are helping us right now,” Taylor said. “If bowling gets old, we’ll find something else to do. … At least once a week, let’s do something for the kids in the community. We can put our money together and we can do something, we can make a change.”

Taylor also said that TEAM #MSSUCKS, a group that works to raise money for those with multiple sclerosis in WNY, has already paid $1,700 for next Friday's bowling night.