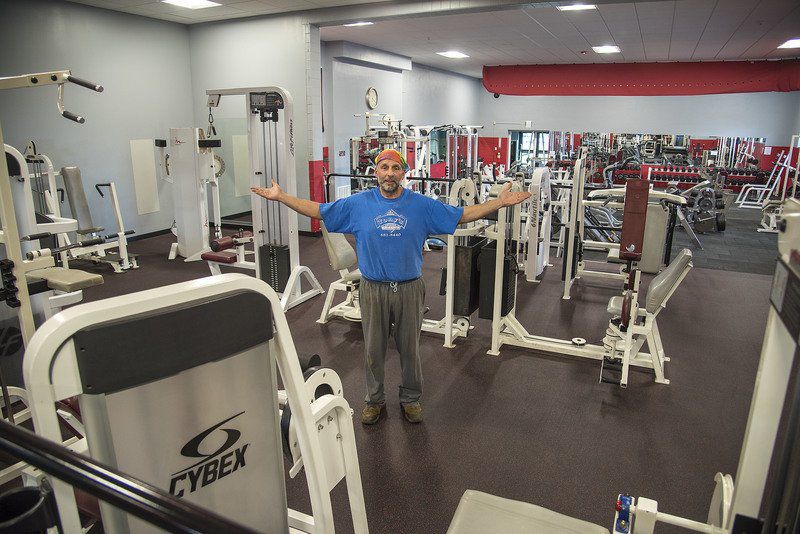 Bobby Muscarella, owner of Ultimate Physique, wonders when he'll get the green light to reopen for business from New York state. It won't be when Phase 4 goes into effect. 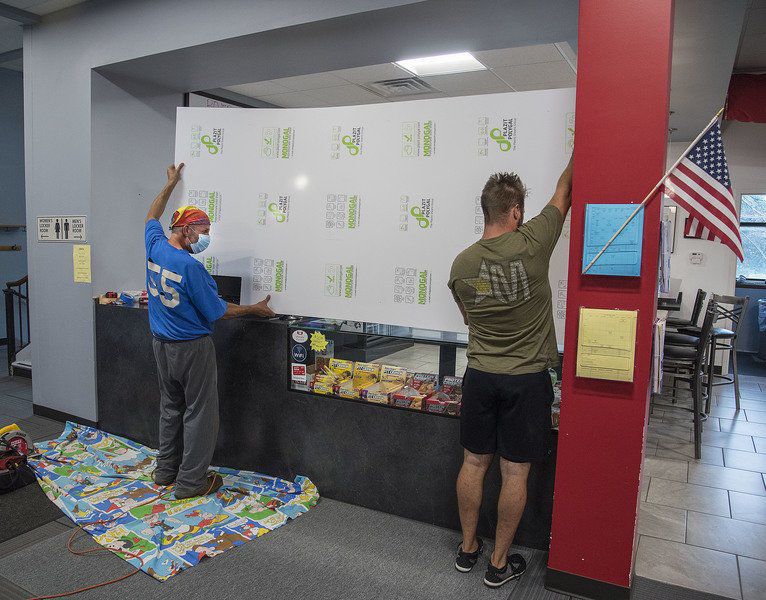 Bobby Muscarella, owner of Ultimate Physique, and staffer Thomas Russell size up the placement of a plexiglas barrier between customers and the front desk staff.

Bobby Muscarella, owner of Ultimate Physique, wonders when he'll get the green light to reopen for business from New York state. It won't be when Phase 4 goes into effect.

Bobby Muscarella, owner of Ultimate Physique, and staffer Thomas Russell size up the placement of a plexiglas barrier between customers and the front desk staff.

LOCKPORT — Local gym owner Bob Muscarella was out getting supplies to finish up modifications to get his gym ready for reopening in Phase 4, but that all changed when he started listening to the radio.

"I heard this interview with (Lt. Gov. Kathy) Hochul, and I got sick to my stomach because any time she comes on she does nothing to help the gym," Muscarella, the owner of Ultimate Physique, said.

By the end of the interview, he found out that his business was no longer part of Phase 4, but rather a sub phase that hasn't really been spelled out.

"We're like a 4a or a 4b. My thinking is that we're going to be one of the last things to open," Muscarella said.

When New York state officials looked toward reopening, they had announced four separate phases, and up until this week there had been no indication that there would be an additional time to wait.

“There are some things that don’t fit neatly into a phase that are going to require further study and we’re going through that right now. This includes evaluating what’s going on in other states to avoid going backward,” Richard Azzopardi, a spokesperson for Gov. Andrew M. Cuomo, told the Associated Press.

Ultimate Physique isn't the only local gym that had believed it was part of Phase 4, which could start as early as Tuesday, and had to change course suddenly.

Geoffrey Falkner, the communications director for YMCA Buffalo Niagara, confirmed the organization had been planning to reopen the facilities on July 1 with their own phased reopening plan, which wasn't time sensitive.

"It seems almost unwarranted given the progress we've made as New York state in terms of cases, and also in terms of the preparations we've been making and following the plans and guidance set for us," Falkner said.

When the YMCA facilities are able to reopen, members will be required to wear face masks in all common areas, there will be a limited capacity of people and every other piece of workout equipment will be roped off to promote social distancing.

"We're not even told what stage we're in or any potential time frame it's just indefinite," Falkner said.

Muscarella observed that his Rogers Avenue building, which has 30,000 feet, is large enough to have social distancing most of the time.

"There is going to be no problem with social distancing, 95 percent of the time. Is it going to be like a grocery store where you occasionally walk down an aisle when somebody else is in it. That's how i equate it," he said, adding that equipment will be limited to every other one to promote social distancing.

Muscarella observed that the time they will be allowed to reopen their business is effectively their worst three months.

"August, September and October are our worst three months of the year ... We're really up against it here. It's no pretty picture," Muscarella said.

He added that with the closing they have effectively lost a third of their annual income.

"You can't except any business to survive that," he said, adding that July 16 will be the four-month mark.