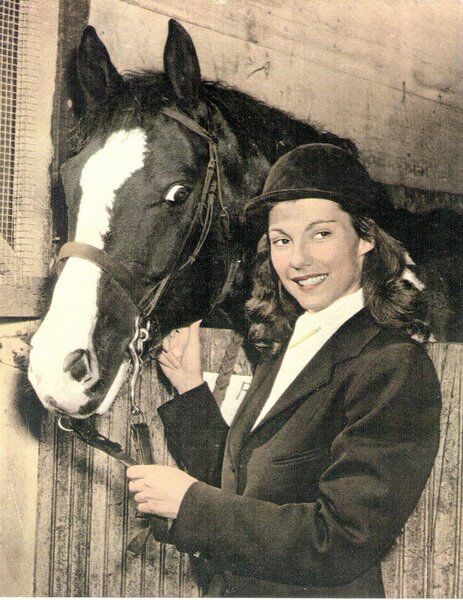 Portrait of Dorothy Sonnelitter and her beloved mount Popeye, circa 1950. (Courtesy Bokman family) 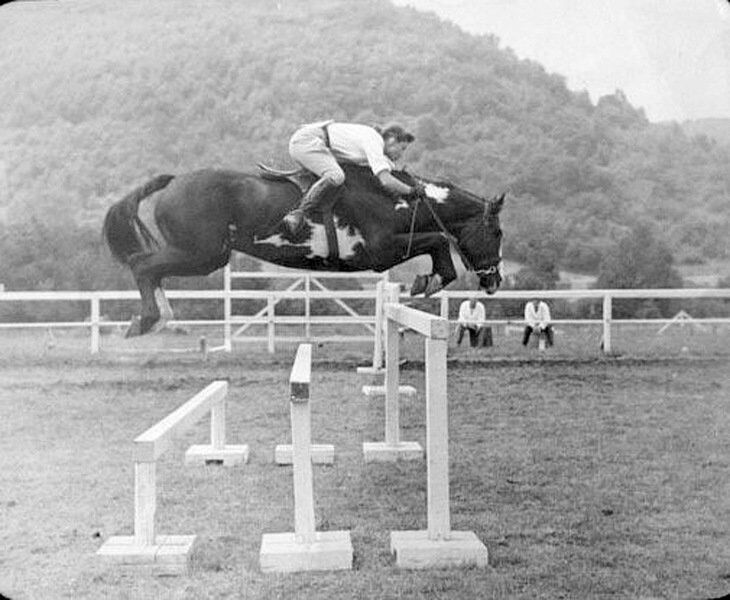 Dorothy and Popeye sail over a jump in 1950. (Courtesy Bokman family) 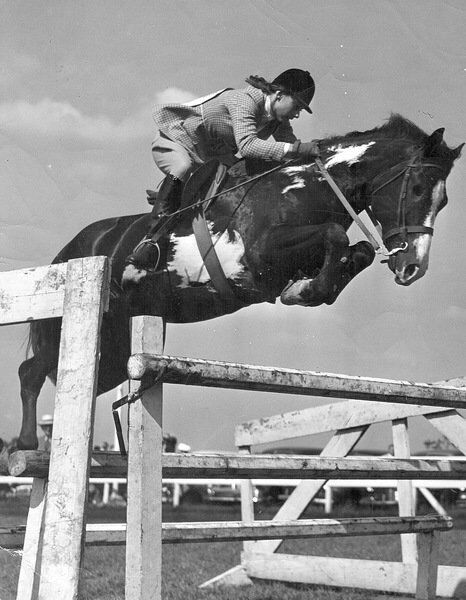 Portrait of Dorothy Sonnelitter and her beloved mount Popeye, circa 1950. (Courtesy Bokman family)

Dorothy and Popeye sail over a jump in 1950. (Courtesy Bokman family)

The Lockport Saddle and Bridle Club incorporated in 1944 and shortly thereafter began organizing horse shows at the Niagara County Fairgrounds. Fans especially loved watching the show jumping classes in which horses leap over an assortment of obstacles.

Arguably, the winningest horse Lockport has ever known is Popeye. Facetiously named, Popeye was a one-eyed horse owned by Roy Smith whose farm was on South Transit just north of Rapids Road, where Cornerstone Community Federal Credit Union is now located.

Through the years, there were differing stories given for the cause of Popeye’s missing eye: he ran into barbed wire, he was accidentally flicked with a rope, and he had cancer of the eye. In any event, his eye was surgically removed but the plucky piebald (black and white) horse never let his restricted eyesight bother him. He could clear jumps exceeding 5-1/2 feet tall and 16 feet wide.

Popeye’s specialty was the “knock-down-and-out” jumping competition. Obstacles of varying heights and widths were assembled throughout the show ring. If a competitor knocked down a jump, they were disqualified. Each round, the course would become more difficult with barriers increasing in height and width. The series would continue until there was only one horse with a clear round. Often, it would be Popeye crowned champion.

Popeye won many championships throughout the U.S. and Canada, winning thousands of dollars in the process. Not bad for a half-blind grade horse (otherwise known as a mutt) that Roy once claimed he could not sell for $10 at an auction. Of course, he made that claim before Popeye's jumping prowess was discovered.

Popeye had a few riders through the years. His earliest success was with Army veteran Bobby Wilson. Bobby was a landmine sweeper during World War II. Toward the end of Popeye's career, Beverly Rodgers of Thornhill, Ontario, was his rider.

Popeye’s most famous pairing was with teenage equestrian phenom Dorothy E. Sonnelitter. Like a fairytale, during the 1948 show year, Dorothy and Popeye won over 80 classes! Dorothy much later recounted to her granddaughter that she was terrified of the tall jumps but Popeye kept winning, so she bravely guided him through the courses while accumulating championships.

Roy was responsible for Dorothy’s foray into horseback riding. He charged her only a nickel to ride his horses. At the time, most of Lockport’s roads were unpaved so Dorothy explored town horseback via the dirt roads.

Roy also played matchmaker by introducing Dorothy to fellow horseman Mike Bokman, who would later become her husband. Mike was an esteemed horse trainer in his own right who specialized in western riding. In 1947, he went to Hollywood with one of Roy’s horses, a golden palomino, to be featured in a movie.

Mike and Dorothy were married in St. Patrick’s Cathedral on what was essentially the first reality television show, CBS’ Bride and Groom, in 1951.

An enormous thank you to the Bokman family for sharing their recollections and photographs.

If you remember hearing about Popeye or have any info on the Saddle & Bridle Club, please reach out.

Jean Linn is Lockport's town historian, as well as archivist and librarian at Niagara County Community College. You can reach her at jlinn@elockport.com or (716) 438-2159.