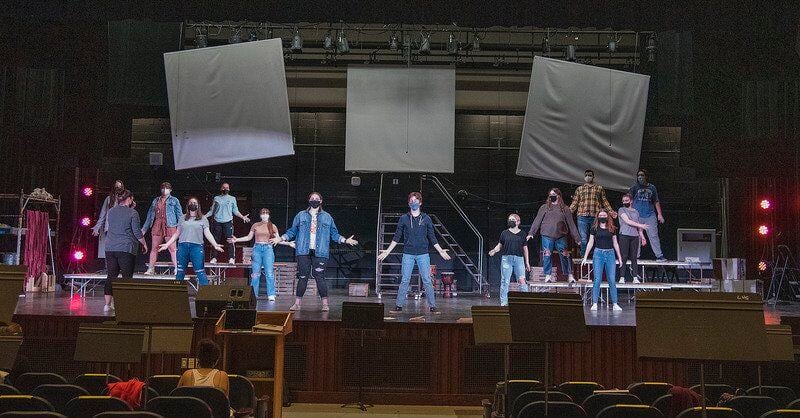 The Lockport High School cast of "Godspell" practice for a series of performances this June 4th, 5th and 6th. While the in-house audience will be limited the play can be accessed through a livestream. 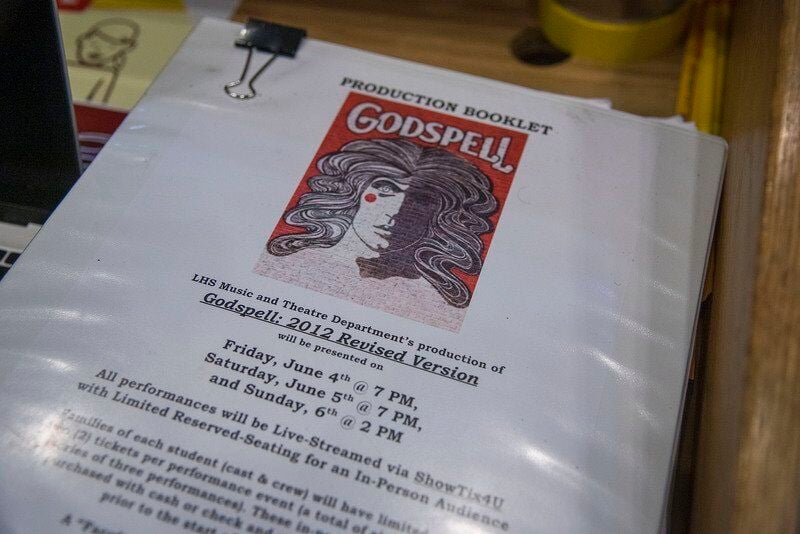 The Lockport High School student Maddie Abbott and other cast members of "Godspell" practice for a performance in front of a partially live audience this June 4th, 5th and 6th. 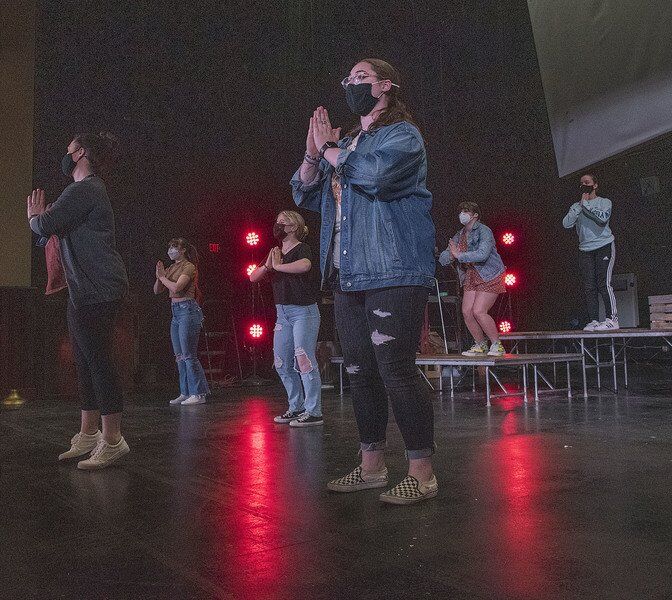 The Lockport High School cast of "Godspell" practice for a series of performances this June 4th, 5th and 6th. While the in-house audience will be limited the play can be accessed through a livestream.

The Lockport High School student Maddie Abbott and other cast members of "Godspell" practice for a performance in front of a partially live audience this June 4th, 5th and 6th.

The Lockport High School Drama Club will present its rendition of “Godspell” next month. It'll be the first performance of a school musical for a live audience since the beginning of the pandemic.

The audience during the performances from June 4-6 will be limited to parents and close family and friends of the cast and crew, but others who want to see the show can buy a ticket to access it via livestream.

“Godspell is a classic American musical,” Pete D’Angelo, co-adviser to the Drama Club, said. “A lot of people might be familiar with the original Godspell production that came out in the mid-70s. … This production that we’re doing was actually revised on Broadway on 2012 ... which has some more up-to-date music, some really interesting new harmonies and some different versions and some different takes on the original.”

“It also has some additional music,” D'Angelo said. “There’s one song called ‘Beautiful City’ which was written specifically for that Broadway revival. A gorgeous song, and especially in light of Covid and everything we’ve been going through with our quarantines, the sentiment of building a city like Lockport certainly resonates in our community.”

“Beautiful City” will be sung by senior Nick Kleinhans, who was cast in the role of Jesus. Kleinhans plans to attend SUNY Fredonia in the fall and aspires to be a music teacher.

“I’ve got some pretty big shoes to fill here," Kleinhans said, "and though I’m sure my cast is here with me, it’s a lot. I think I’ve watched it and listened to it so many times now. It’s just scary to have some big shoes to fill.”

The song will be sung with choreography simulating the rebuilding of a table and then all of the cast will sit communally at it.

“It’s really cool because I think that signifies our community as a whole and how we’re rebuilding and coming together as one,” Kleinhans said.

The drama club has experienced its own rebuilding throughout the COVID-19 epidemic. Their production of “Hello Dolly” was canceled just days before its opening in the spring of 2020. D’Angelo said the silver lining was that the entire club was able to see the play at Shea’s Buffalo, one of the last performances that theater was able to host.

Sierra King, a senior and president of the drama club who in the fall intends to pursue drama at Niagara County Community College, talked about what the group has been doing since then.

“We started off this year with our virtual fall play. That took about a month and a half (to rehearse), so that went pretty quick,” King said. “Normally our plays are about two months, two and half months.”

The second production of the year was the One Act competition between grade levels and those were done virtually as well. King said that production was followed quickly by preparations for Godspell.

One of the memorable events within Godspell is the song “Babel” at the beginning of the musical. For this song, the cast members are being recorded and images of them singing are being projected on three screens on stage in what would look like a Zoom conference. King said the interaction with technology to make "Babel" happen has been exciting for her.

“I feel like I’m more prepared for the technological side of it, especially recording,” she said. “I have never had to record anything until this year, so it’s a new experiences and it’s fun, honestly.”

Jackson Doran will be playing the roles of Judas and John the Baptist. He plans to study music therapy at Roberts Wesleyan College in Rochester in the fall.

“It’s been a lot of fun working with the cast,” Doran said. “It’s a relatively small cast this year and I think that really helps with getting into character, because we’re all connecting together. We’re not this big group trying to work as a unit. We have a select few and we all work well together.”

“I’m really excited,” Kleinhans said. “I have people streaming from out of town, because they usually can’t come into town to see my shows, so I think it’s really cool that they can do it from the comfort of their own couch. I wish they could’ve done this before.”