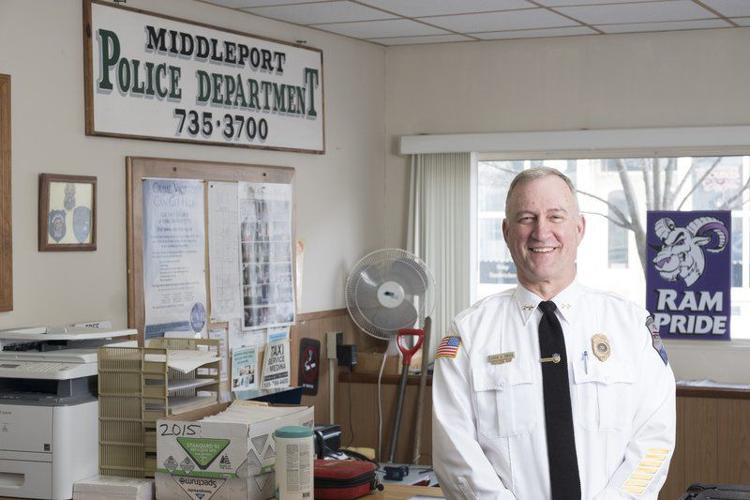 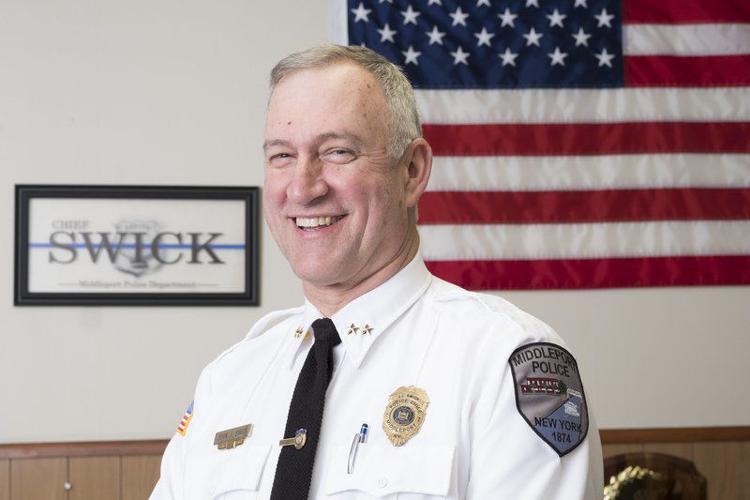 Joed Viera/STAFF PHOTOGRAPHERMiddleport Police Chief John Swick has been working for the department for 40 years. 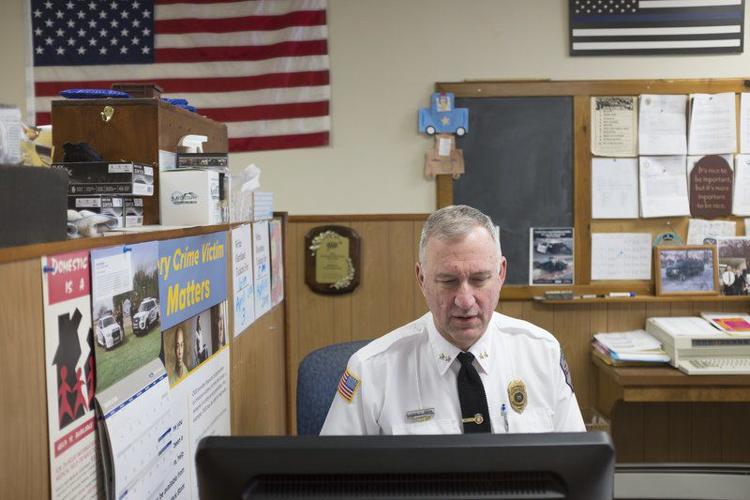 Joed Viera/STAFF PHOTOGRAPHERMiddleport Police Chief John Swick has been working for the department for 40 years.

It was 1978. Swick was attending Niagara County Community College, pursuing a degree in criminal justice, when he got a phone call.

On the other end of the phone was his friend Ross Annable. Annable, who had been working as a police officer for the Middleport Police Department, told him that the chief, Earl Woodworth, was looking for someone to fill a part-time position.

"I started in my last semester. When the other students found out, they couldn’t believe it,” Swick said.

“At 19 you don’t know nothin’,” said Swick. “It was eye-opening to me, I can remember working with Earl Woodworth one of the first Fridays. I go: ‘Chief? What are all these people doing out at 3 o'clock in the morning?’”

For his first few years working at the department, Swick maintained a full-time job as a grocer at Chapman’s Market.

"I loved working in a grocery store. If I could've made a living doing that, I'd have done that,” Swick said. "You didn't make any enemies. It was, ‘ma'am can I carry out your groceries,’ not 'ma'am I gotta write you a ticket.’”

By 1982, he’d become a full-time police officer. For his first seven years, he worked the midnight shift.

“I've always taken great pride when I was working midnights, in getting DWIs off the road,” Swick said.

While his shifts were often uneventful, one night there was a memorable car chase. Swick had gotten a call about a stolen vehicle from Lockport. When he saw it rushing past him, he began the pursuit.

"We chased him all over the village of Medina,” Swick said. ”He ended up going over the tracks, losing control, flipping the car and was killed.”

Swick says that the most of what he has to deal with, in his small municipality, is domestic- or traffic-related.

“We're not doing bank robberies. I mean, we had one,” Swick said. "I was on vacation that week. I never heard the end of it.”

Over the years he’s had to work more serious cases, like child molestation and reported rapes. But he as soon as he writes the report, he turns the cases over to the Niagara County Sheriff’s Office or the New York State Police.

“I'm not an investigator, I'm a street cop,” Swick said.

The most memorable moment of his watch was on the cold, snowy morning of Jan. 8, 2014.

He was in his patrol car down the street from Royalton-Hartland High School when a call of a fire at an apartment on Telegraph Road came across his radio.

Swick and Niagara County Sheriff’s Deputy Shannon Rodgers were the first to arrive on scene. Residents told Swick that everyone was out of the building except for a family on the second floor.

"I pounded on the door and kicked the door in and it was just solid smoke. I yelled in and couldn’t hear anything, so Shannon and I ran around to the back,” Swick said. “The mother and the sister had their heads out the window and they're yelling help. She said, ‘I have my kids in here.’”

They had the women open a window in a bedroom. The mother lifted all four children – ranging in age from infancy to seven years old– out of the second story window and down to Swick.

Once the kids were safe, the women climbed down to a first story roof. A ladder from a neighbor was used to get both women down.

“That was probably the highlight of my career,” Swick said.

The 59 year-old credits the the small size of the department with why he’s stayed for such a long time.

"In the bigger departments, when you become chief you don't do the cop things anymore. I have to do it all when I'm here and no one else is working, that has kept it fresh,” Swick said. “I think the bigger chiefs, they get burned out because they really aren't policing anymore, they're just policing the police, and that’s not fun and it’s not adventurous."

Swick says that he although he is not planning on retiring anytime soon, he’s been encouraging others in the department to take the exam to get on village's chiefs list.

"I tell kids now, take every exam that comes along, get on those lists,” Swick said. "Work is my life, but I'm not gonna be here forever.”

Tonight the village will host a reception for Swick to celebrate his 40 years of service with Middleport Police Department.

The reception will begin at 7:30 p.m. at Middleport Fire Department hall, 28 Main St.

WHAT: A reception for Chief John Swick to celebrate his 40 years of service with Middleport Police Department

WHERE: At the Middleport Fire Department hall, 28 Main St.

CORRECTION: This article was amended to correct the spelling of retired police officer Ross Annable's name.