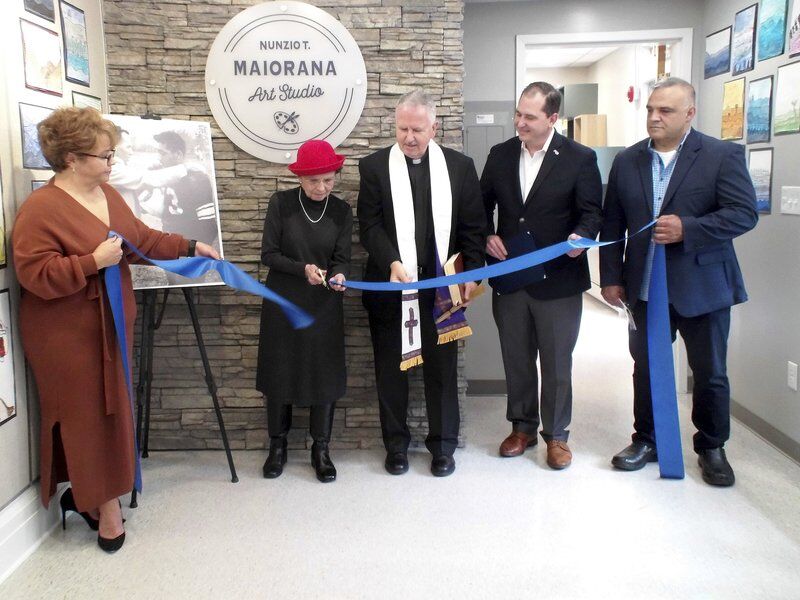 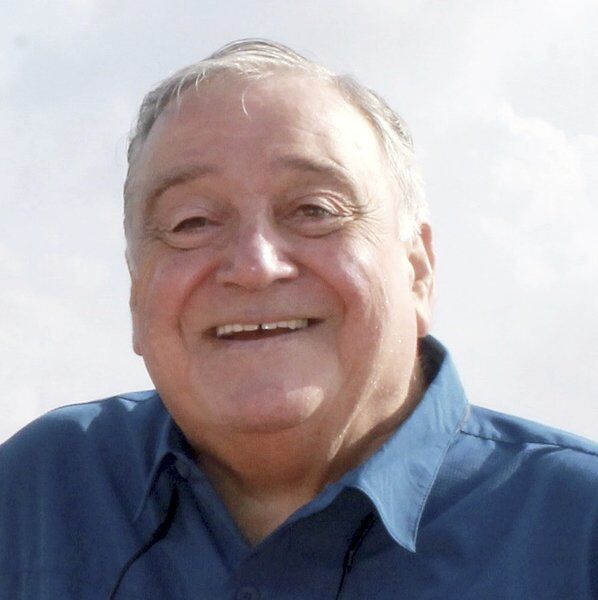 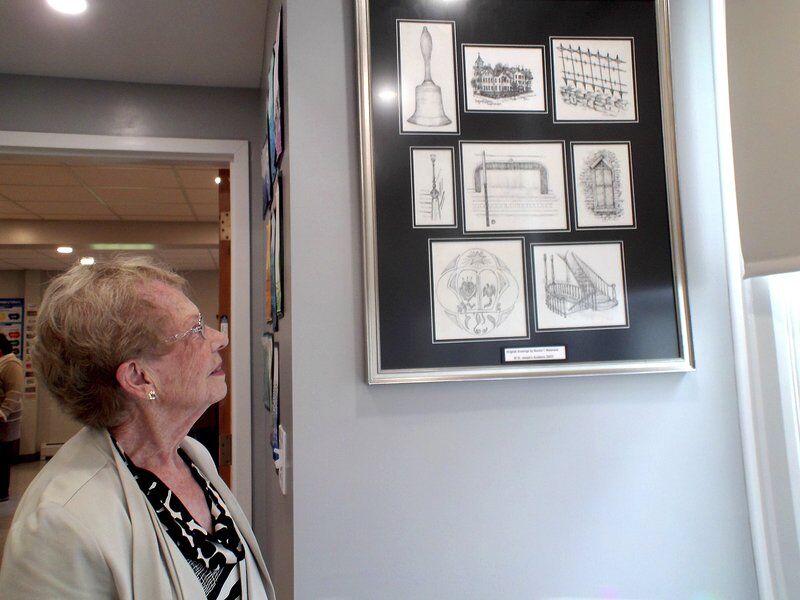 A crowd gathered to pay tribute to the late Maiorana, a graduate of DeSales Catholic High School and an educator in the Medina school district. Friends and former students joined Maiorana's family in the celebration.

Maiorana was described as a man who not only loved DeSales, he loved every human being. He had been a popular teacher, school administrator and athletic director in at Medina High School. Kim Knuutila, director of admissions and marketing at DeSales Catholic School, described him as a highly respected leader in both education and athletics throughout Niagara and Orleans counties.

“In addition to his educational talents, he was also an accomplished self-taught artist who specialized in pen and ink drawings of historic lighthouses and buildings from across the world,” Knuutila noted. “Each of his drawings was hand-drawn using jeweler’s glasses and each art piece contained more than 500,000 lines and dots.”

Maiorana Art Studio is sited in newly renovated classroom space and it will be used daily by students in kindergarten through grade eight for art classes and special projects.

“No doubt Nunzio has been part of this project from heaven,” Knuutila said. “The date we signed the contract for construction was his birthday. Then on Aug. 10, Medina artist Arthur Barnes brought us this painter’s box which he restored and which had belonged to Nunzio in 1956.”

The painter's box had Maiorana's name and a date etched on the cover. Barnes purchased the box at a garage sale years ago, and when he heard about the art center being dedicated to Maiorana, he knew that was where it belonged.

Dedication of the art center included a ribbon-cutting by Maiorana’s widow Charlotte and children David and Ann-Marie, who came from Florida for the occasion, along with the Rev. Walter Szczesny and state Assembly Member Mike Norris, who presented Charlotte with a proclamation from the New York State Assembly. Maiorana son Joseph was unable to attend the dedication.

David Maiorana, a general contractor, built the cabinets in the studio. He recalled that his dad loved DeSales, his teachers, his football coach and his teammates. He described Nunzio as a man who looked deeper into everyone and didn’t write them off if they were struggling.

“I’ve heard so many times from someone who graduated, got a job or became a teacher because of my dad,” David said. “He knew families of his students, their parents and their lineage. That’s why people respected him.”

As an example, he relayed the story of a youth who was on the verge of being expelled by the principal. Nunzio Maiorana was superintendent (of curriculum and finance) at the time and called the youth into his office. According to David, his dad told the boy, “Here’s a pass. Go back to class.”

“And now, that man is a mechanic for Mercedes-Benz,” David said.

Nunzio T. Maiorana, 1958 graduate of DCHS, was inducted into the DeSales Distinguished Alumni Hall of Fame just last week. He died in January 2018.

“Dad would be so proud," daughter Ann-Marie said. "Our father was a man of God’s own heart. ... kind, loving and giving of himself, a naturally talented artist and leader of his students. He was a block of granite on the (football) field, a rock for his family and a positive role model for all who knew him.”