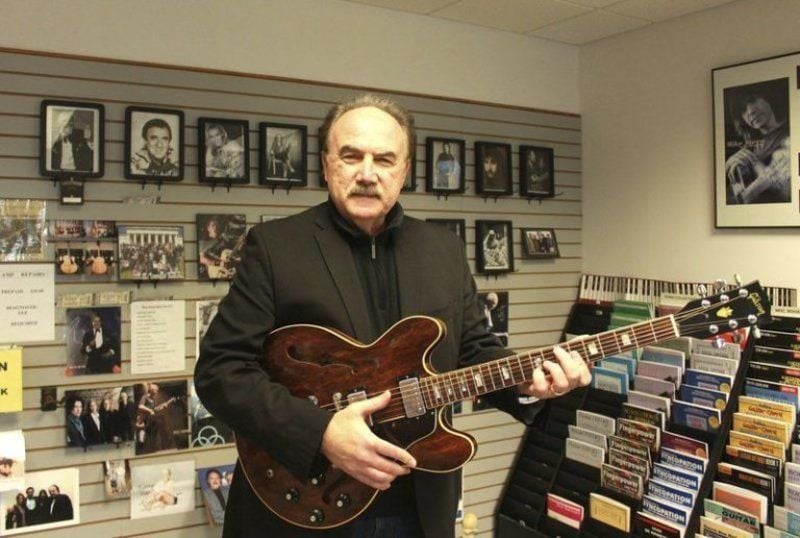 After years of touring, Ralph J. Fava, Jr. opened Lockport Music Center in 1985. His daughter, Maria Fava, has taken over the center since his death from brain cancer last year. 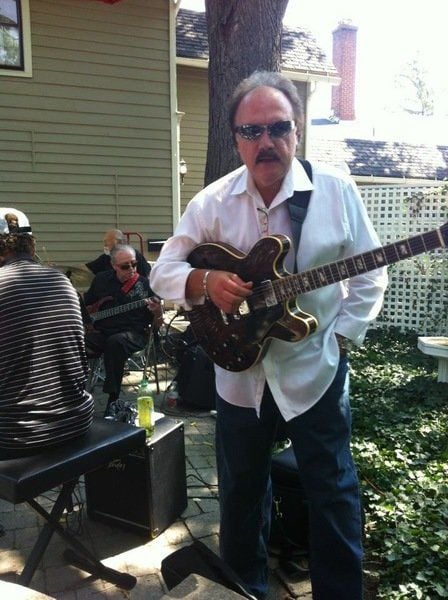 CONTRIBUTEDRalph J. Fava, Jr. was renowned for his skills as a jazz guitarist and was recently inducted into the Niagara Falls Music Hall of Fame.

After years of touring, Ralph J. Fava, Jr. opened Lockport Music Center in 1985. His daughter, Maria Fava, has taken over the center since his death from brain cancer last year.

CONTRIBUTEDRalph J. Fava, Jr. was renowned for his skills as a jazz guitarist and was recently inducted into the Niagara Falls Music Hall of Fame.

Maria Fava never mastered any musical instrument, but she is starting to get the hang of running Lockport Music Center.

Not that she had ever planned to.

Fava, who two years ago was a network relations consultant for BlueCross BlueShield, began working for the music center in September 2017, after her father, Ralph J. Fava, Jr., was diagnosed with brain cancer. She thought her leave of absence from BlueCross BlueShield would be temporary: a few months of helping with administrative tasks, such as payroll, while her father underwent chemotherapy and radiation at Roswell Park Cancer Institute.

"I knew that I never wanted it to close," she said. "When he was going to retire, I had always planned on finding someone to manage it so we could keep it open, because I know it’s important to the community."

"But I thought I would have 10 or 15 more years to figure that out. I didn’t realize this was going to happen as soon as it did.”

By summer 2018, it became apparent that Ralph Fava was unlikely to recover from the disease. Fava left behind her job at BlueCross BlueShield in order to keep the music center from closing.

“We all thought he would be coming back. ... When we realized it wasn’t temporary, I made decision to leave,” Fava said. "I left my job to try to see if I could make it work here."

A Life in Music

Ralph Fava, a Georgia native who was raised in Niagara Falls, first picked up the guitar at 7 years old. He continued playing throughout his formative years in the 70s, touring with a big band called Cyclone and raising money to attend music school.

Once he had enough, Ralph Fava attended Berklee College of Music, in Boston, and graduated in 1981.

Maria Fava said though her father enjoyed touring, by the mid 1980s he wanted to settle down with his new wife, Kathleen, and be close to his family in Niagara Falls.

“It’s hard to have a family when you’re on the road," Maria Fava said.

Committed to a life in music, Ralph Fava opened Lockport Music Center on Main Street in 1985. The music center sold instruments and musical accessories, but its main business was music lessons.

Ralph Fava and his staff of music instructors taught hundreds of budding musicians at a time, peaking at 250 students per week in the late 1990s. Maria Fava said her father only hired the best musicians he could find as instructors, insisting they have formal music educations and show dedication to their craft.

In Lockport Music Center's 35 years in business, thousand of area musicians have honed their craft thanks to Ralph Fava and his instructors.

Meanwhile, on the side, Ralph Fava performed with his band, simply named the Ralph Fava Trio, and played as a first call guitarist with visiting musicians including Tommy Tedesco, Bobby Vinton, Debbie Reynolds and Connie Francis.

In the wake of his illness and death, area musicians showed just how highly they regarded Ralph Fava. Dozens of them performed at a fundraiser for him in May 2018 at Spring Lake Winery, dubbed Jazz in the Vineyard, raising thousands for the Fava family and Roswell Park Cancer Institute.

Also, the Niagara Falls Music Hall of Fame announced it would induct Ralph Fava in its class of 2019.

“We obviously wish he was here to accept the honor and celebrate it because he worked so hard and he deserved it," Maria Fava said.

"He was always looking to his role models to learn more," she added. "He was always supporting and going out to see local musicians. Every day he practiced. He was really dedicated to his craft.”

Since taking over Lockport Music Center, Maria Fava has sought to continue her father's legacy while setting the center up for success in the modern retail and music industry. She has expanded the center's social media presence and is planning new lessons in digital music production, utilizing programs such as Apple's GarageBand application, which have grown increasingly popular with younger musicians. She also created a new logo for the music center, emblazoned with the Gibson ES-335 — her father's "signature guitar."

Fava hosted a recital at the center in June, packing the house, and held another "relaunch" in September. She hopes to open a second location someday, with enough space to open a venue for touring artists, group recording sessions, community events and open mic performers.

If all goes according to plan, Fava one day will pass Lockport Music Center on to the next generation of her family.

“Maybe someday we’ll be a third generation," she said.