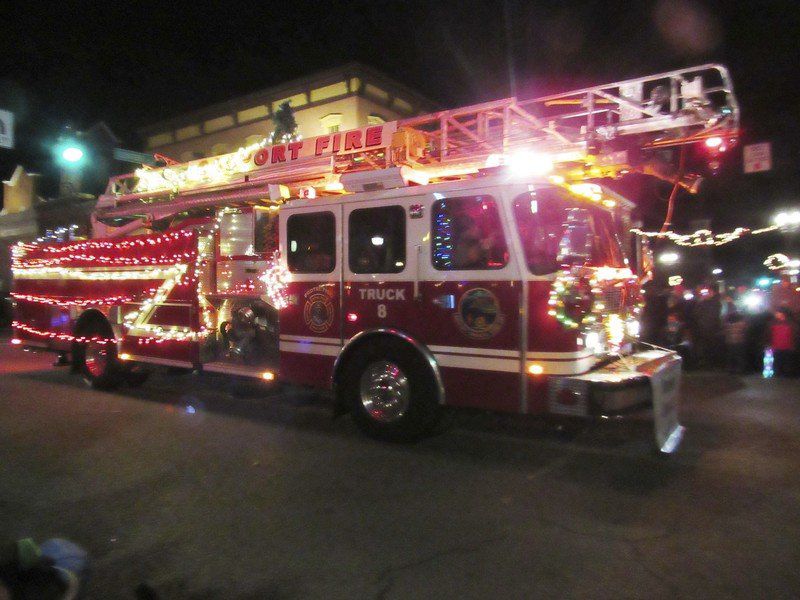 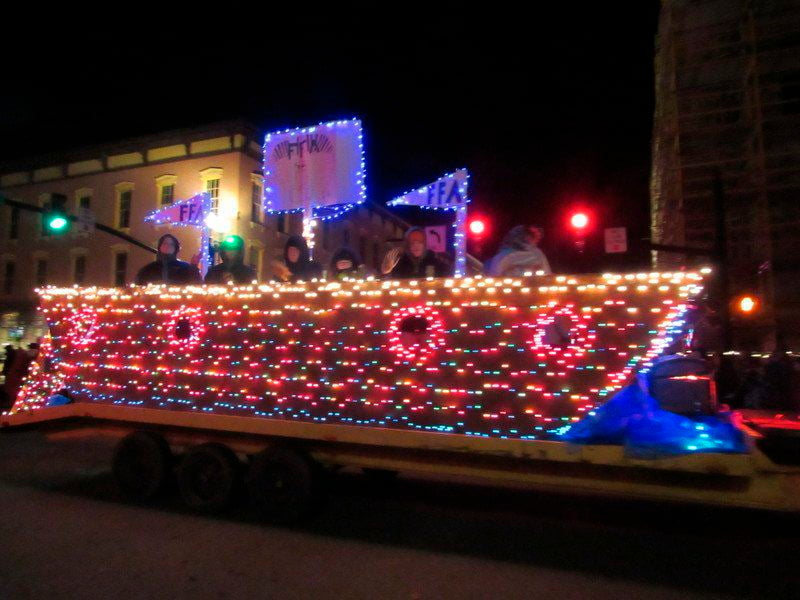 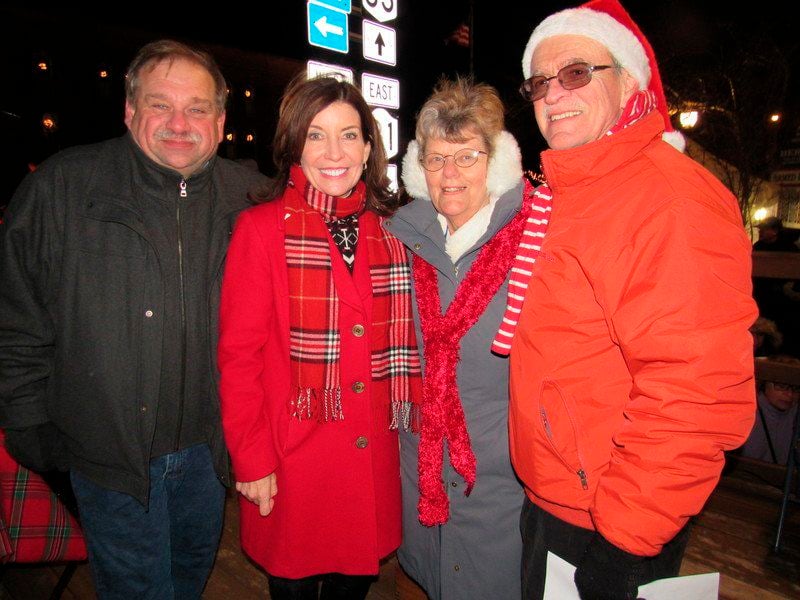 MEDINA – Olde Tyme Christmas in Medina drew thousands of people to the village on Saturday to take part in special sales and holiday events for the entire family, culminating with the 11th annual Parade of Lights.

The day began with the annual Home for the Holidays 5K Race in the morning and included a Littlest Elf Contest, a Pet Parade and the arrival of Santa Claus.

Highlight of the day was the Parade of Lights, which this year featured 42 elaborately decorated floats.

Parade chairman Jim Hancock said 45 entries had signed up, but three canceled at the last minute.

The parade was preceded by a tree-lighting ceremony in Rotary Park at 5:30 p.m., featuring Lt. Gov. Kathy Hochel. Hancock said Hochel’s office had contacted him and said she wanted to come to Medina for the Parade of Lights.

“She arrived early and spent time downtown checking out the stores,” Hancock said.

She was in Creekside Florist looking at the displays when she was called to the grandstand to officiate at the tree lighting ceremony. After remarks by Medina Mayor Mike Sidari, Hochel introduced this year’s parade marshal, Jackie DeHollander of Lockport, formerly of Medina.

DeHollander was Mrs. Claus for 20 years with her husband, the late Shelly DeHollander, who had been Santa for 50 years in Medina.

Jackie said she was very honored, but it was also emotional.

After Hochel gave the command to light the giant Christmas tree in Rotary Park, a fireworks display lit up Main Street as crowds waited for the parade to begin.

When judging of the parade was complete, the following were selected as winners by the judges:

• Best-in-Class, Business - A tie between Zambito Realtors and Velocity.

• The Littlest Elf Award is given to the float which best incorporates youth and adults. Winner was A.J.’s Play Date.

• The Star Award went to Watson Enterprises, as the float the judges thought was most creative.

• Santa’s Pick Award is given to the float the judges felt Santa would like. Winner was Red Rose Landscaping from Tonawanda.