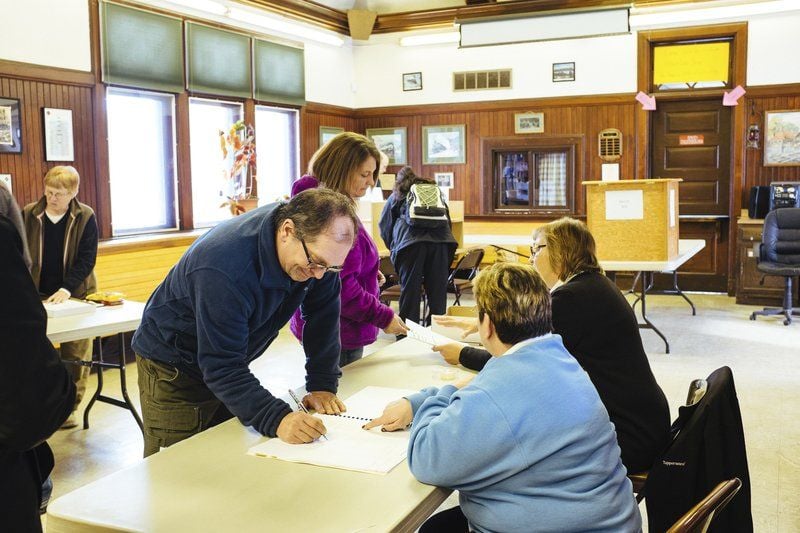 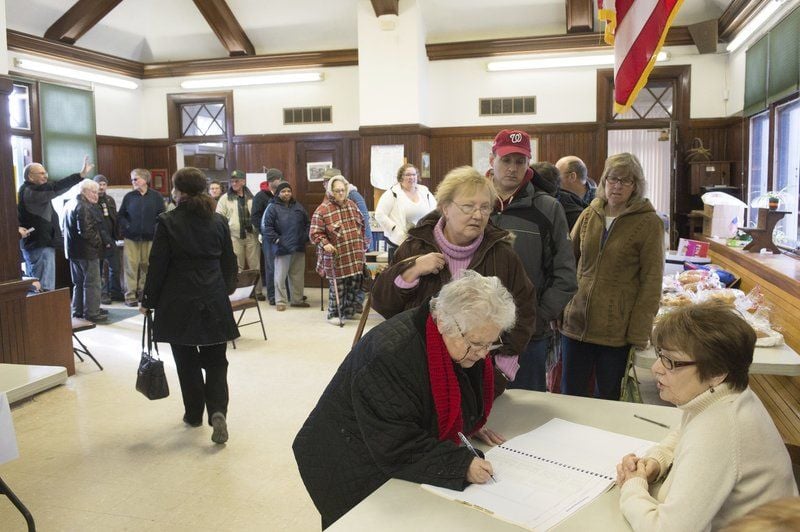 JOED VIERA/STAFF PHOTOGRAPHERMedina citizens line up to vote whether or not to dissolve the village Tuesday.

JOED VIERA/STAFF PHOTOGRAPHERMedina citizens line up to vote whether or not to dissolve the village Tuesday.

It’s been more than five years since dissolution talks first began in Medina, but in just one day officials got their answer on what the public wants the future of the village to look like.

With more than 1,400 village residents casting their votes, dissolution efforts were voted down by 422 votes.

A room full of residents, both for and against, gathered in the senior citizen center Tuesday as ballots were hand counted. The proposal to dissolve the village into the towns of Shelby and Ridgeway lost 527 to 949.

After the results were read, Mayor Andrew Meier said the village has the same challenges it faced Tuesday morning as it does Tuesday night — declining population and property values, along with increasing costs.

Brian Napoli, Town of Ridgeway supervisor, said he is “happy the residents voted to keep the village.”

Napoli said the towns have wanted to sit down and work with the village on shared service options but have met with resistance and a lack of cooperation from Meier.

Meier said he and the village board have “had it with personal attacks.” He said the boards need to sit down, unfiltered, without mediators, facilitators or public relations people and discuss the issues.

“We are elected to do a job and each of us needs to do it,” he said.

Mark Irwin, deputy mayor, said only time can tell what will happen next.

“If (the towns) get serious about shared services and consolidation, there will never be a need to bring it up again,” he said. “If they don’t, it could be brought up again. The bottom line, it shows something has to be done.”

To bring a petition from constituents forward on this topic, again, forcing a second vote, Medina has to wait four years. Meier said he is unsure if the village board could call for a vote sooner than that.

“We’ll see what happens,” Irwin said. “If they take it serious, there might not be any need for it. It’s an option. It’s one of many.”

Meier said he believes the results show that village residents were not quite ready for this step.

“This is the first vote on this issue and I’m not sure if it’ll be the last,” he said. “We had 527 people vote to disband village government. That number exceeds the turnout at several of our village elections all together. This issue is far from over. You haven’t heard the last. But we now have to look at the alternatives.”

Out of the 6,000 Medina residents, just more than 3,100 voters are registered. The voter turnout in this election was approximately 46 percent.