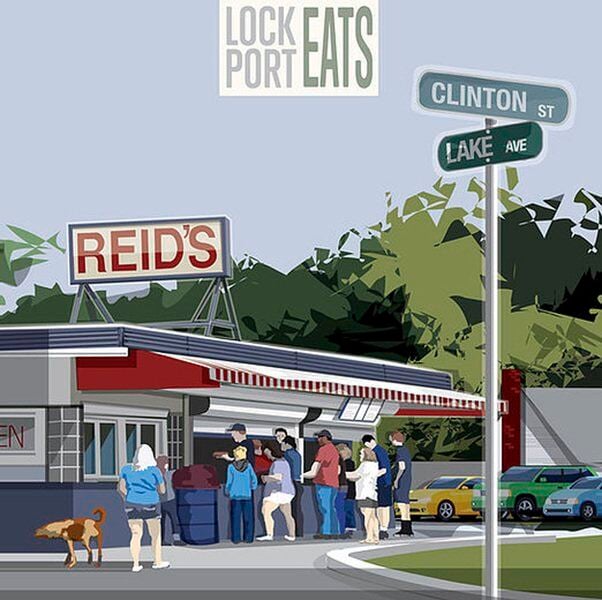 Illustration by Joe DiPastena. Reid's Drive-In has long been a popular place to go in Lockport for a burger, or a chili dog, fries and a milkshake. 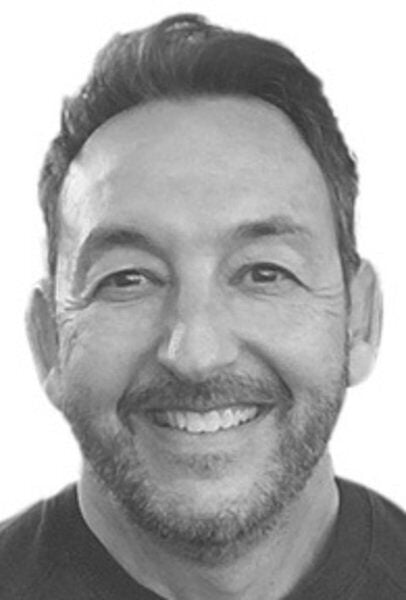 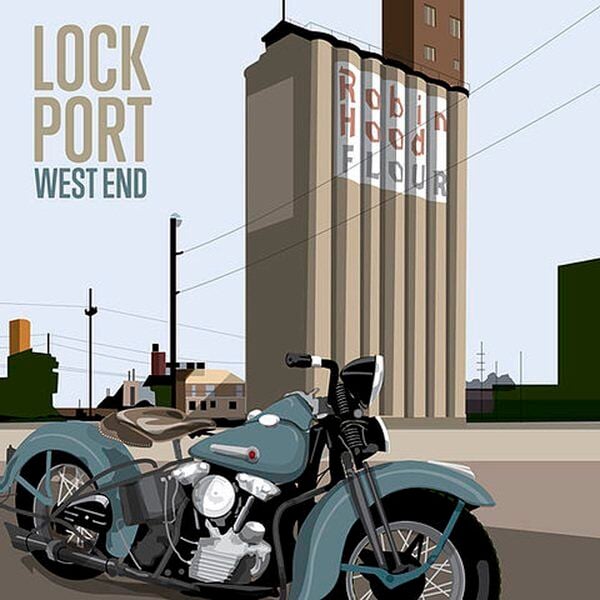 Illustration by Joe DiPastena. Before its demolition, the Robin Hood Flour mill dominated the skyline in Lockport's West End.

Illustration by Joe DiPastena. Reid's Drive-In has long been a popular place to go in Lockport for a burger, or a chili dog, fries and a milkshake.

Illustration by Joe DiPastena. Before its demolition, the Robin Hood Flour mill dominated the skyline in Lockport's West End.

A long time ago, a good winter frost and better opportunities helped steer graphic designer Joseph A. DiPastena southwest, away from his Lockport home to hot and sunny Arizona.

But it took a typical fall week while visiting Western New York two years ago to trigger within him the deep feelings that he still has for the people and places he grew up with in lowertown and other parts of this city.

“My mother passed away when I was 15. My dad moved out to Arizona, and after a few years, one day there was an ice storm and when I came here to Arizona I saw blue skies and it was warm, so I stayed,” DiPastena said.

He has returned to Lockport a few times since moving away, but one particular visit in 2019 inspired him creatively. He said he hadn't been back to his hometown in 15 years and he stayed a week. The weather was perfect.

“When I got back to Phoenix, I drew the Lockport Locks first, then did a whole series of illustrations on the things that resonated with me as a child growing up at 705 Market Street,” he said.

DiPastena, son of the late Concetta and Joseph DiPastena, immediately went to work putting together a series of computer-generated illustrations that showcase the places he remembers fondly — some of which are still around, others not.

The 1976 graduate of Lockport Senior High School is showcasing 12 illustrations on his website, 705market.com. The colorful, creative works include depictions of Reid's Drive-In, the upside-down canal railroad bridge, the lowertown lift bridges, Union Station, the Lockport Locks and the old Robin Hood Flour mill on the West End.

Other illustrations highlight the Palace, the Summit Street mansion, the Kenan Center, the Exchange Street tunnel and scenes in neighboring municipalities including Olcott.

Each illustration took about a week to complete.

“Those lift bridges over the canal in lowertown, I walked across them every day to go to DeWitt Clinton Elementary School. I see people posting things on Facebook to knock those down. I wouldn't touch those for anything,” DiPastena said.

“Living in Arizona, I loved seeing all the trees again when I visited Lockport. I miss the trees and I miss those beautiful spring, summer and fall days. But most of all, I miss the friendliness of the people from Lockport and the people that I went to school with. I feel at home whenever I'm there. I never quite feel that way here. Maybe it's just the way we were born and grew up.”

DiPastena went on to graduate from Buffalo State College with a degree in graphic design. Today, he owns and operates his own graphic design company in Phoenix. His son, Nick, 28, is married and resides in San Francisco.