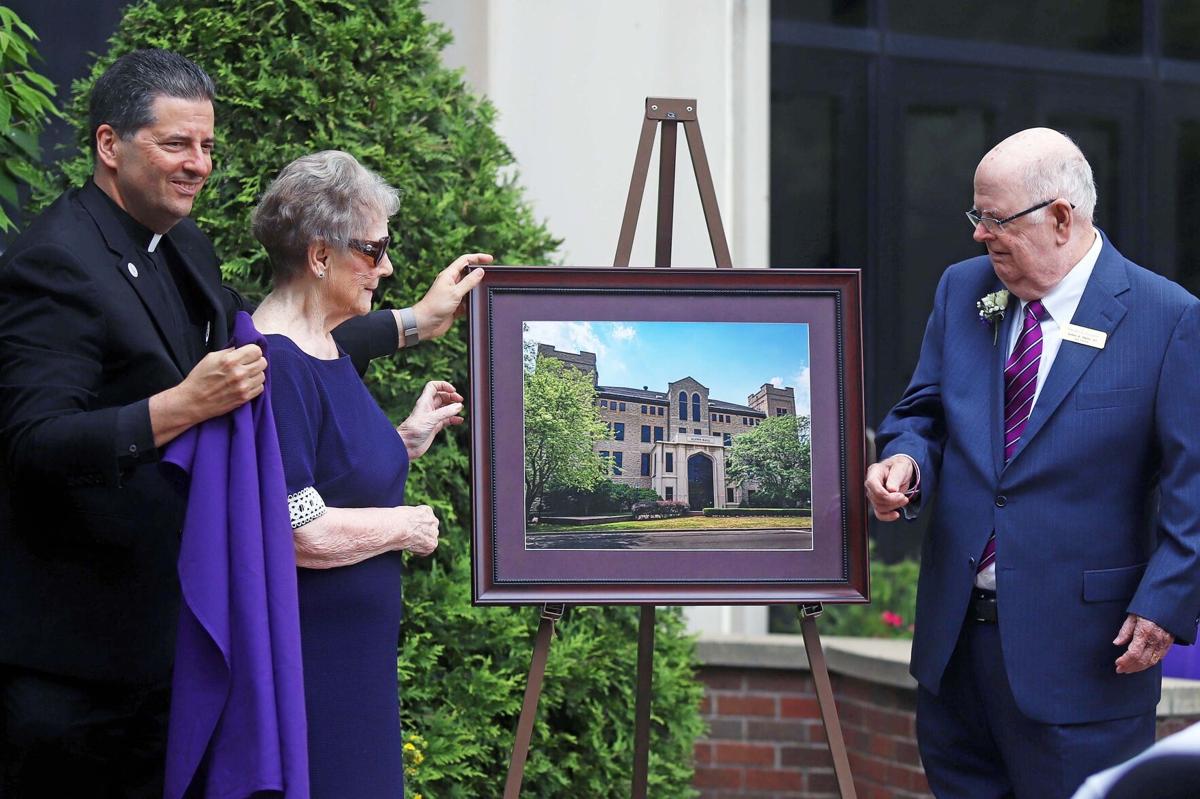 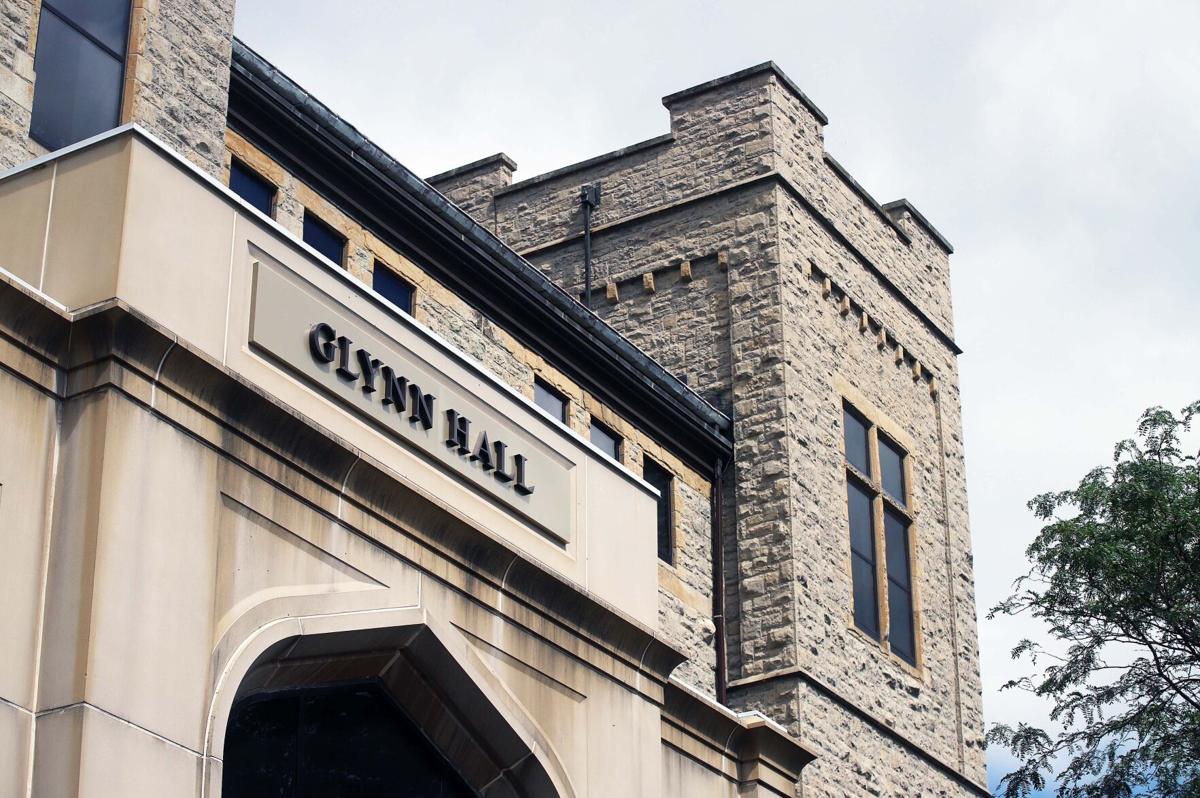 St. Vinvent's Hall at Niagara University has been redidicated Glynn Hall in honor of James V. Glynn and his family. 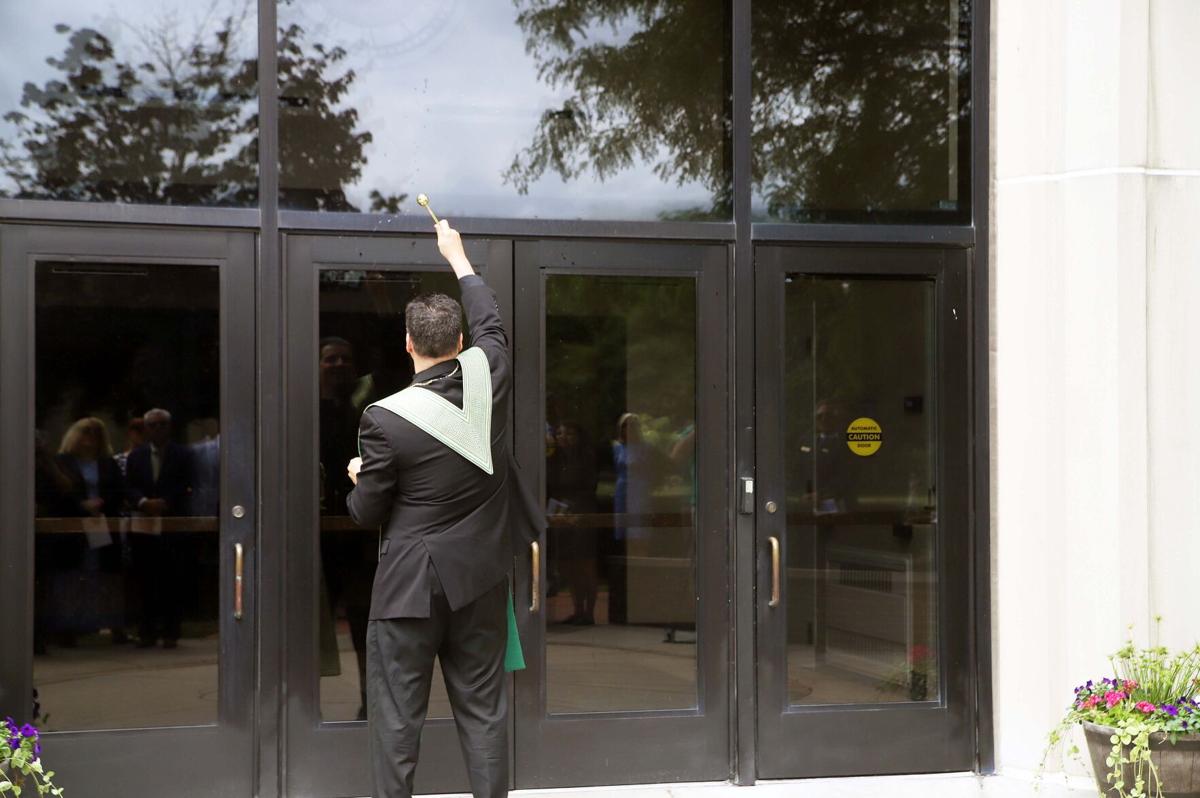 St. Vinvent's Hall at Niagara University has been redidicated Glynn Hall in honor of James V. Glynn and his family.

Niagara University honored James V. Glynn, ’57, ’87 (Hon.), one of the most generous and prominent members of its alumni, with the dedication of Glynn Hall on the university’s Lewiston Campus on Saturday.

“It is absolutely our privilege to honor Jim Glynn by dedicating Glynn Hall,” said the Rev. James J. Maher, C.M., president of Niagara University. “Jim and Mary Glynn have been a beacon in our community, providing consistent and generous support to organizations throughout the region. Together, Jim and Mary Glynn have impacted the lives of countless individuals in our community, always doing so in a quiet and humble manner, reflective of their Vincentian hearts.”

Jim Glynn began working for the Maid of the Mist when he was 16 years old to help finance his Niagara University education. His work became a lifelong passion for him, and he purchased the world-famous travel destination in 1971. Today, the Maid of the Mist attracts millions of guests each year, providing them with a unique perspective to view the majesty of Niagara Falls.

As Glynn’s business success grew, so did his commitment to the Western New York community. Jim and Mary Glynn have provided leadership and philanthropic commitments to major educational, cultural, and health care institutions, including Roman Catholic Diocese of Buffalo, Christ the King Seminary, the Catholic Charities Foundation, Artpark, and St. Vincent Manor, among others.

Since its early days, Jim and Mary Glynn have been extremely generous and deeply engaged in the Heart, Love and Soul food pantry in Niagara Falls. Their support continues to this day, and they were instrumental in the construction and opening of Daybreak, an extension of Heart Love and Soul, which opened earlier this year and provides expanded services to the surrounding community.

“We are incredibly proud of the impact Jim and Mary have made on our community,” added Father Maher. “Jim’s sustained commitment to Niagara University, including his leadership as the first lay chairman of the Board of Trustees, has created an incredible legacy on Monteagle Ridge, and we are eternally grateful for his guidance, support and his friendship.”

Jim Glynn first joined the university’s Board of Trustees in 1981, and he was elected chairman of the board in 1999, the first lay person to serve in that role. He retired from the board in 2002, and was recognized as Chairman Emeritus by the university. Jim Glynn was instrumental in the creation of the university’s Vincentian Scholars Program, an elite four-year scholarship program that forms leaders in the Vincentian tradition academically, practically, and spiritually. His generosity to the university is also evident in the Binational Scholarship. Additionally, Jim and Mary Glynn have consistently supported many university events and programs, including the Ray Kist Golf Tournament, the President’s Dinner, and the Hospitality & Tourism Convocation, to name just a few.

Glynn Hall is home to the university’s College of Hospitality and Tourism Management program. The four-story building underwent an $11 million renovation in 2001, and the building features computer labs on its first floor, technologically-equipped classrooms on the second and third stories and teaching areas for NU’s internationally acclaimed College of Hospitality and Tourism Management on its top level. The fourth floor also features a 120-seat lecture hall and formal banquet facility, a fully-functional kitchen classroom and, an impressive view of the Niagara River gorge.