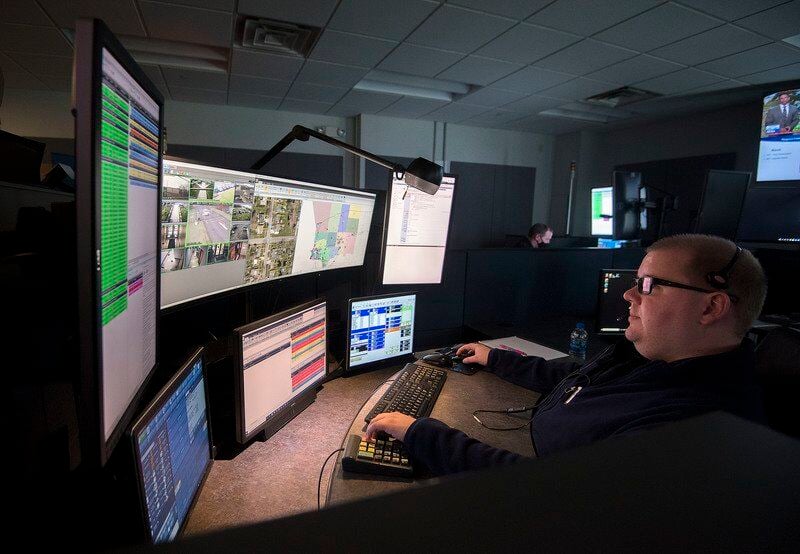 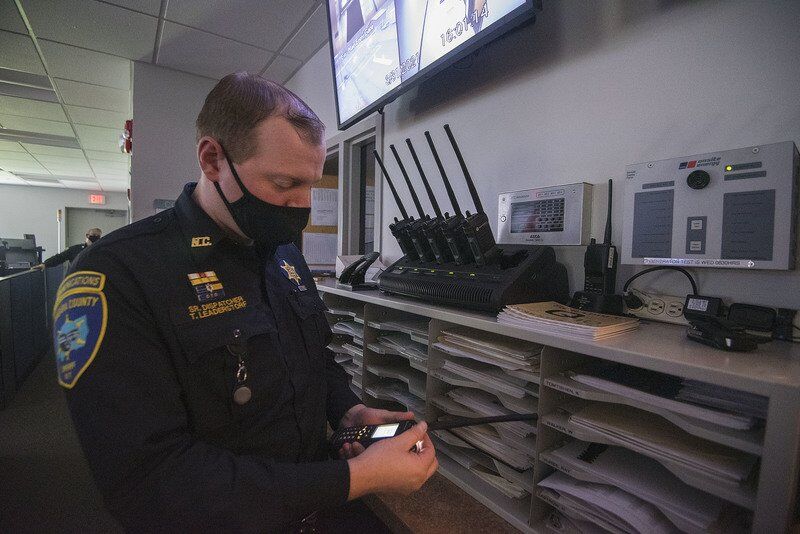 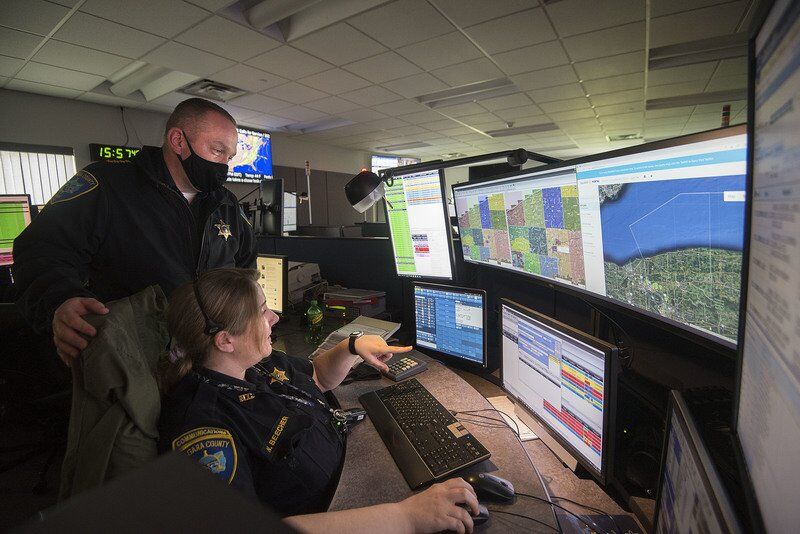 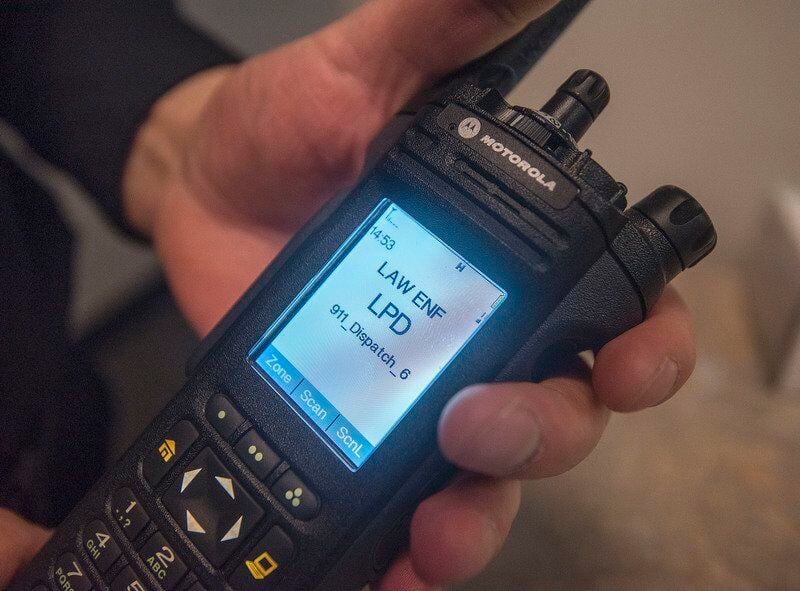 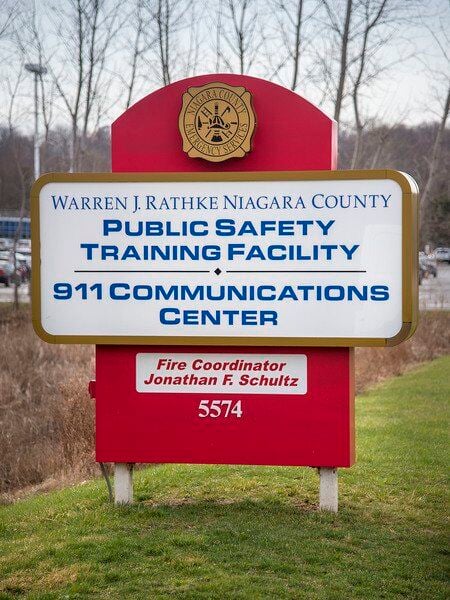 Most public safety dispatching in Niagara County is handled by the sheriff's department-run 9-1-1 Communications Center, including more than 60% of all emergency calls placed in the city of Lockport. (James Neiss/staff photographer)

Most public safety dispatching in Niagara County is handled by the sheriff's department-run 9-1-1 Communications Center, including more than 60% of all emergency calls placed in the city of Lockport. (James Neiss/staff photographer)

Kaitlyn's creative hobby is watercoloring. Others she works with say they like to spend time with their friends, just like she does. About 10 feet away from her sits co-worker Andy, who plays ice hockey and softball in his spare time.

They're two of about eight employees seated at similar desks surrounded by various high-tech computer screens, monitors and a keyboard or two. They look more like characters out of a good Star Trek movie, but they have friends and family, hobbies, stay active, say their prayers, take pride in their neighborhoods and communities, love their Bills and Sabres and make Niagara County their home, just like the rest of us.

They're among three dozen-plus Niagara County dispatchers, handling close to 800 emergency calls per day, making split-second decisions that help save lives, beginning with directing the proper personnel to the scene of an emergency.

“It's a challenging job. They have to be able to multi-task,” said Niagara County Sheriff Michael Filicetti, who earlier this week gave the Union-Sun & Journal a tour of the fenced-in, secure building that houses the dispatchers next to the sheriff's department on Niagara Street Extension.

“A good portion of people who work here have previous dispatcher experience or come from a volunteer fire company background,” said Filicetti, who was joined on the tour by Marc Kasprzak, a NCSD veteran of 23-1/2 years and current Director of Emergency Communications; and senior sheriff dispatcher Travis Leaderstorf.

Up to eight dispatchers at a time typically work in the communications center control room in eight-hour shifts during the day. The midnight shift is staffed by up to six dispatchers typically. Currently, there are 43 dispatchers working in rotating shifts at the sheriff's department, 10 of them on a part-time basis, Filicetti said.

Kasprzak said the typical starting pay for a dispatcher is about $40,000. He noted that the state-of-the-art communications center, located just east of the Niagara County Jail, is shared with the county's Emergency Management Office.

Anywhere in Niagara County, when you dial 9-1-1 on your cell phone to report an emergency, a dispatcher from the Sheriff Department's Dispatch Center is the first voice that you hear.

“I like my job very much. It's a busy job, it's an important job and it's very fulfilling,” said dispatcher Andy Taylor.  “You have to be able to deal with stressful situations reasonably and keep a level head. You have to be able to prioritize things well. A good memory doesn't hurt and you need patience.”

Dispatcher Kaitlyn Laganiak said she “sort of fell into the job” and loves it.

“You have to be able to multitask and pay attention. You also have to have awareness of your surroundings,” she said.

In 2014, the sheriff's dispatch center took over dispatching for both deputies and troopers in the New York State Police Lockport and town of Niagara  barracks. Since then, all 911 calls made in the county, except for landline-based calls in the cities of Niagara Falls and Lockport, are received at county-central dispatch.

Last month, Mayor Michelle Roman announced that the City of Lockport would form a special committee to study the feasibility of transferring Lockport Police Department dispatching to the sheriff's center. County-central dispatch already handles about 60% of all emergency calls, in addition to all calls from cell phones, in the city.

Filicetti and the Niagara County Legislature are taking note that next week is National Public Safety Telecommunicator Week.

“Public safety telecommunicators are the first and most critical contact our citizens have with emergency services,” Filicetti said. “The work of these unseen and often unrecognized first responders is invaluable to the citizens of Niagara County in emergency situations. It's their unique communication skills and diligence under pressure that sets them apart from others. We place our trust in these individuals each and every day to provide assistance under the most stressful of situations.”