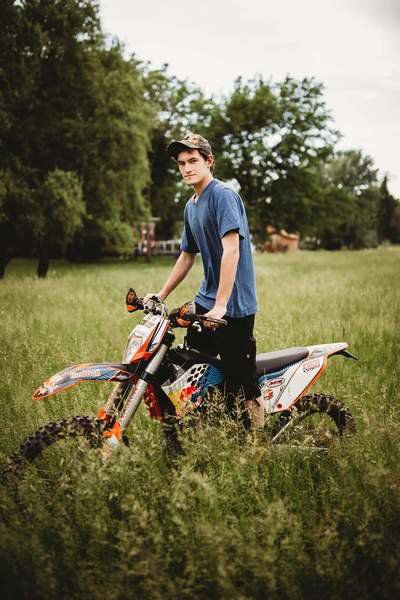 Contributed photoSam Chase rides one of his dirtbikes. The new graduate of Roy-Hart School District is to attend school in Florida to learn more about motorcycle repair. He credits his father, who died in September, for his lifelong interest in how things work. 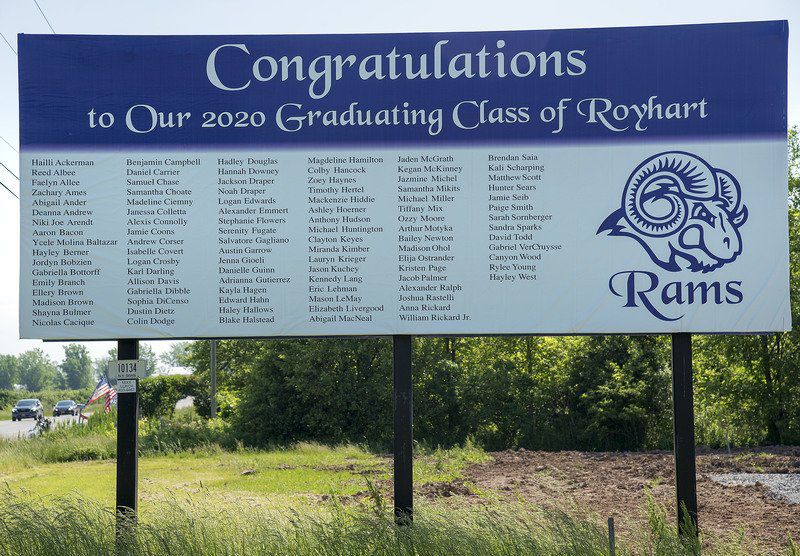 SIGN OF RESPECTJames Neiss/staff photographerA billboard next to the Red, White & Blue Self Storage on Ridge Road features the names of the entire Royalton-Hartland High School class of 2020.

Contributed photoSam Chase rides one of his dirtbikes. The new graduate of Roy-Hart School District is to attend school in Florida to learn more about motorcycle repair. He credits his father, who died in September, for his lifelong interest in how things work.

SIGN OF RESPECTJames Neiss/staff photographerA billboard next to the Red, White & Blue Self Storage on Ridge Road features the names of the entire Royalton-Hartland High School class of 2020.

Sam Chase, a member of the Royalton-Hartland class of 2020, is ready to start the next chapter of his life.

For a lot of new graduates, what comes next is a tough question, but Chase knows exactly what he wants to do, and maybe more importantly, why he wants to do it.

"I am going to Florida to go to UTIMMI. It's a motorcycle technician college," he said. "My dad used to talk about riding them when he was a kid, just friends and stuff. Then he got me interested in cars and carburetors and all the little pieces of everything."

This past September, Chase's father passed away, but left him a lot of memories. Chase remembers fondly of being 11 and getting his first dirt bike, which he broke almost immediately, then repairing it. He credits those moments for what brought him to his present career choice.

"He bought the parts for me and helped me and my buddy right along with it, and that started it," Chase said. "It's super challenging."

Chase said now he can hear a motor and know exactly what's wrong with it and how it happened, which makes the move to Florida to formally study the right move.

"It's the closest one, it's cheaper than going to the Arizona one," he explained.

Chase's school year was rougher than what's turned out to be a difficult year for all comers. After he lost his father to cancer, his grandmother also passed away. He said, his grades suffered, but he got them to bounce back, because he knew that would make his dad proud.

"It was hard doing online classes," he said. "I didn't have access to all the notes everyone else had access to due to my laptop being older. It was super hard. I was making due with what I could, asking my  friends questions, just trying to make due, but I passed."

Faced with another kind of challenge, Chase said he'll be moving in a with a room-mate once he gets to Florida, in a house rented by the school. Sort of like a dorm, he said, where he doesn't have to talk to the landlord who goes through the school if there's any kind of problem.

"It's scary, it's very, very terrifying," he said. "The first thing that pops into my head is all the things that can go wrong trying to get down there, but in reality it's a good thing."

Of all the people that are proud of him for finding a career – something he can enjoy through his entire life – Chase said it's his father's reaction to the news that he'd like to see.

"(My dad) never thought in a millio years I'd go to college," Chase said and laughed. "I used to tell him, when I was little, that I didn't want to go because I'm bad at math. I can read, I can write, but my spelling is terrible."

"He'd be very, very proud of me, he definitely would be," Chase said.

Roy-Hart grad ready to take the next step

Graduating high school is just the beginning. For some graduates the next step involves a mo…