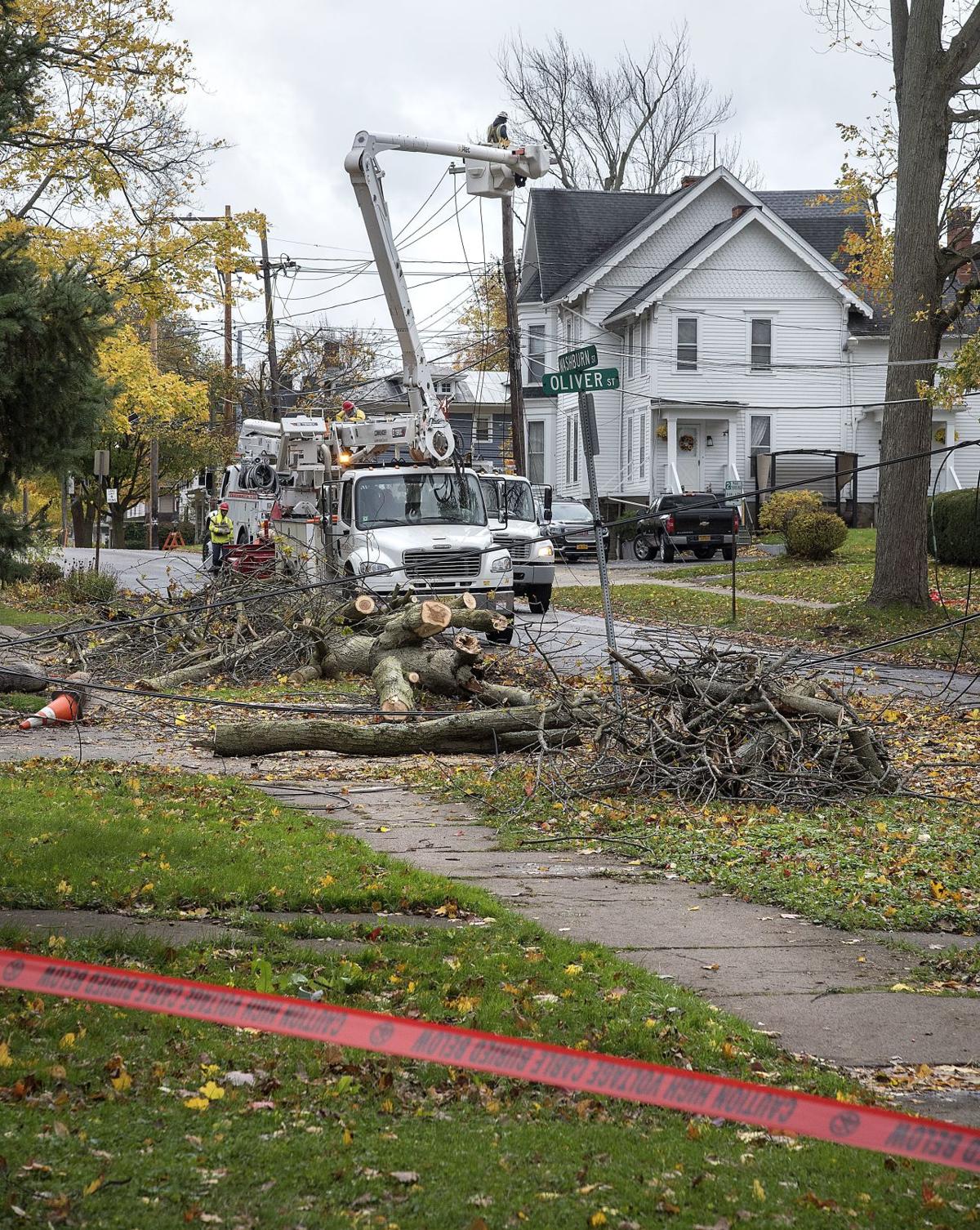 photos by James Neiss/staff photographerPower crews were at work attempting to repair downed lines at the corner of Washburn and Oliver streets in Lockport after high winds caused extensive damage across the region Thursday night and Friday morning. 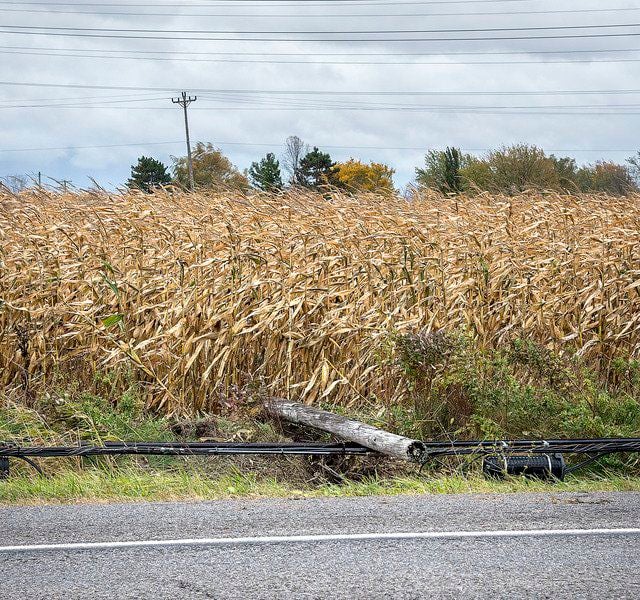 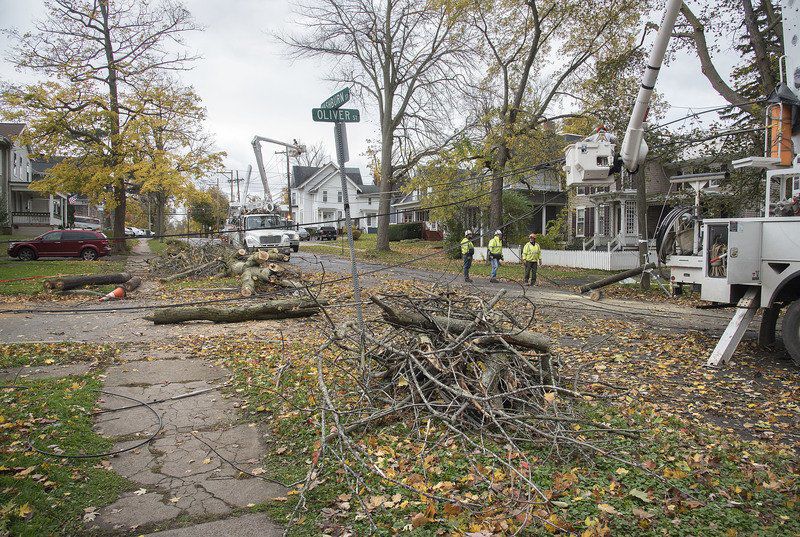 Power crews repair downed lines at the corner of Washburn and Oliver streets.

photos by James Neiss/staff photographerPower crews were at work attempting to repair downed lines at the corner of Washburn and Oliver streets in Lockport after high winds caused extensive damage across the region Thursday night and Friday morning.

Power crews repair downed lines at the corner of Washburn and Oliver streets.

U.S. senators Chuck Schumer and Kirsten Gillibrand on Friday asked the Federal Emergency Management Agency to expect a request for a major disaster declaration from the state of New York following a Halloween evening rain and wind storm that caused significant damage and loss of power across Western New York.

In a letter sent Friday to FEMA Acting Secretary Peter Gaynor, Schumer and Gillibrand noted the severe flooding and windstorm that rampaged through Erie, Niagara and Chautauqua counties while encouraging the agency to work with affected counties and the state to determine whether the damage meets the statutory threshold for FEMA disaster assistance.

High winds, which featured gusts in excess of 60 mph at times, knocked down multiple trees and left an estimated 230,000 people without power across the region. In the City of Buffalo alone, the senators said at least 11 trees fell on top of houses, destroying private property.

Schumer and Gillibrand requested that FEMA actively prepare to issue a disaster declaration for the storm-ravaged Western New York communities, and additionally, to be prepared to participate in a Preliminary Damage Assessment with state and local officials, should the state request it.

“This Halloween storm was scary and real. Communities across Western New York, including the City of Buffalo, which saw the Buffalo North Breakwater destroyed, were ravaged by heavy rain, flooding, tempestuous winds and severe storms, and it is absolutely critical that we get them the resources they need to recover,” Schumer said.

Damage and power outages caused by the wind, which at times reached gusts in excess of 60 mph, prompted the cancellation of classes at Niagara County Community College as well as schools in the Lockport and Lewiston-Porter school districts. A power outage in the neighborhood near Niagara Street Elementary School in Niagara Falls forced the closure of that school building for the day as well.

Lewiston Town Supervisor Steve Broderick said the impact of the wind storm was significant but could have been much worse.

While the town, like other communities across Niagara County, dealt with its share of downed trees and power outages, Broderick said none of the issues were beyond the town’s ability to address.

“We did OK,” Broderick said. “There was not a lot of damage to the town, in the parks there are some limbs and branches, just like everywhere else, but we came through pretty good.”

One of the bigger problems encountered by town highway workers involved a tree that went down near Mount St. Mary’s Hospital. The tree, which damaged a utility pole, caused a power outage that impacted about 30 households.

In addition to the downed tree near the hospital, Broderick said there was one other tree that fell and hit a power line, requiring repairs by National Grid.

If a disaster declaration is declared by FEMA, grant assistance would be made available to state and local governments, as well as certain non-profit organizations, to reimburse costs incurred for emergency work and the repair or replacement of damaged facilities. This funding is available on a cost-sharing basis; FEMA generally covers 75 percent of the eligible costs for permanent and emergency work. After any severe storm, the first step in the declaration process is for the state to request a Preliminary Damage Assessment, during which FEMA representatives join state, local, and other officials to survey damage across storm-impacted counties to help determine whether the cost of the disaster meets the criteria for a federal disaster declaration.

“We must do everything we can to help our communities recover, and New Yorkers need to be assured that the federal government will be ready to assist them,” Gillibrand said.