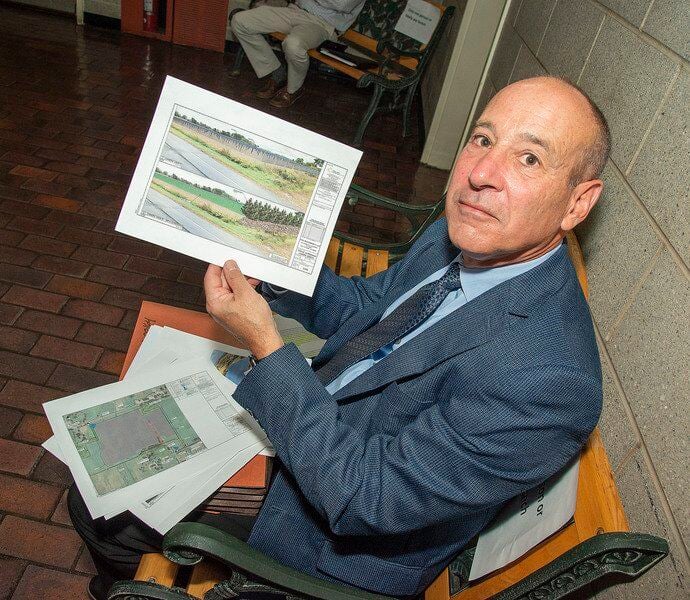 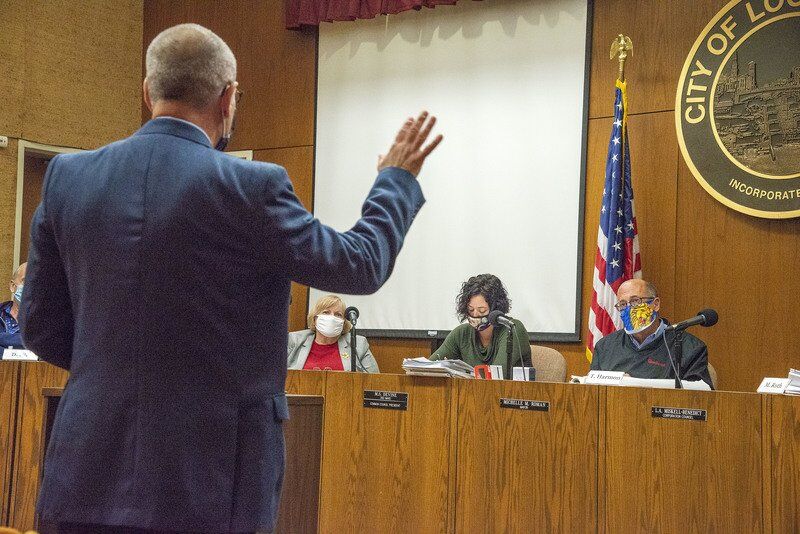 Lockport attorney John Ottaviano (back to camera), addresses the Lockport Planning Board on Monday as legal counsel for OYA Ruhlmann, LLC.

Lockport attorney John Ottaviano (back to camera), addresses the Lockport Planning Board on Monday as legal counsel for OYA Ruhlmann, LLC.

The sun and a large parcel of land on Summit Street on the city’s south side have been working together for well over a century.

In the 1890s, Ruhlmann Farms began utilizing the sun to produce crops to help feed the Lockport community. One hundred thirty years later and they’re joining forces again — this time to produce electricity.

On Monday, the Lockport Planning Board approved a special use permit requested by the great-great-grandson of the original Ruhlmann Farms owners to convert two large, vacant parcels along Summit into a 7.5 megawatt solar energy generation system.

If approved by the Common Council this Wednesday, OYA Ruhlmann A LLC, an extension of Ruhlmann Farm Acres, LLC, will begin installing about 24,000 solar panels on the parcels at 219 Summit St. and 251 Summit St.

Ruhlmann Farms principle owner Ray Ruhlmann, 60, of Rochester, a 1978 graduate of Lockport High School, said the solar project will be built on 33 acres at 251 Summit St. as well as on 13.5 acres at adjacent 219 Summit. The adjacent parcels are on the south side of Summit, between State Road and South Transit Street.

Ruhlmann’s attorney, John Ottaviano of Lockport, presented the Planning Board with several documents that had been requested by the city. One of them was a glare study in accordance with the Federal Aviation Administration Policy 7863276.

“What that does is it measures yellow and green glare from several vantage points,” Ottaviano said.

Ottaviano also stressed the importance of understanding the smaller scope of this project as it compares to others in the area.

“I also submitted a letter from OYA explaining the difference between community solar and industrial solar,” Ottaviano said.

“As you drive around Western New York, you’ll see signs that oppose industrial solar. I want to make it clear that this is community solar. It’s five mega watts or less. And this solar can be purchased by the landowner himself and by the residents of the city of Lockport and the rest goes into the grid. Industrial solar is a much bigger project that’s 10 mega watts and higher. Those go on for acres and acres and that’s not what this is. What you read about in the Pendleton/Cambria area is not what this project is. There’s a huge difference between the two and I just want to make sure that’s clear.”

Board member Jeff Tracy said OYA has been “very proactive” in dealing with nearby historic house on Summit, near State Road, but added, “I think Summit needs a little bit more. The fencing is great and screening is great but where there’s gaps between the brush, I’d like to see more trees to block the fencing.”

OYA has reached out to the owners of adjacent Mount Providence, 325 Summit St., a historic property and residence, and have agreed to maintain 500 feet of distance between the solar installation and that property as well as construct a berm between the two lots.

The Planning Board went further on Monday, adding a stipulation that OYA must plant a double row of evergreens at a minimum planting height of four feet. They will grow to a height of around eight feet.

“OYA wants to be in complete harmony with the community,” Ottaviano responded. “They are not at odds with what the local community wants. They really care about their reputation.”

Ray Ruhlmann said after the meeting that the history of that land along Summit Street and especially the Mount Providence home, always meant a lot to his grandfather, Ray Ruhlmann, when he was alive, and means a great deal to him today, personally, for that reason.