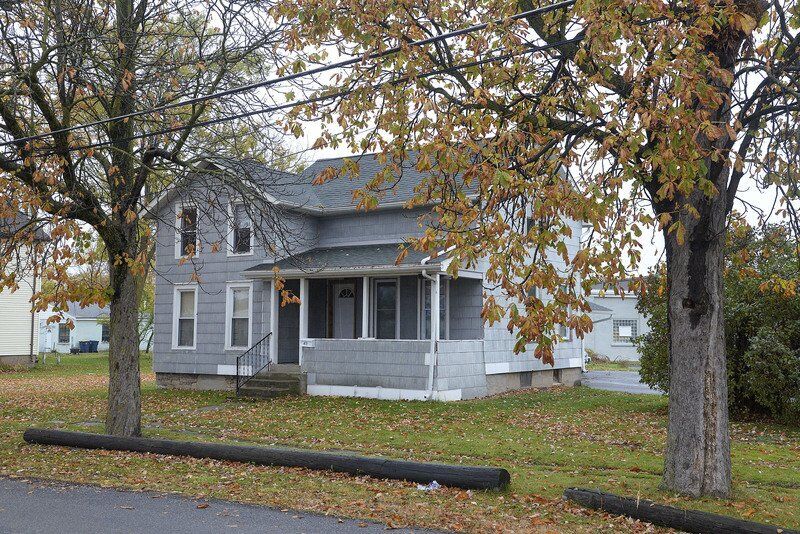 43 South Niagara St., Lockport, where a young woman was killed and five other young people were wounded after a volley of gunfire was unleashed into a side garage door on the residence during a party on Oct. 17. Two teenagers were indicted Tuesday on multiple murder, assault and weapon possession counts in connection with the shooting. 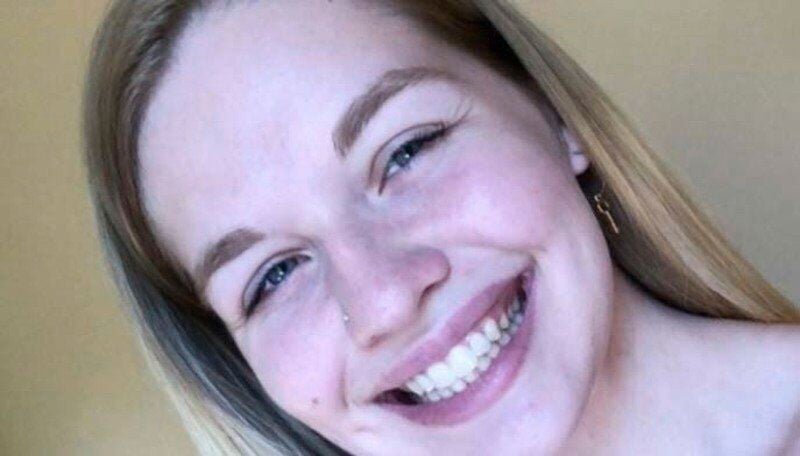 43 South Niagara St., Lockport, where a young woman was killed and five other young people were wounded after a volley of gunfire was unleashed into a side garage door on the residence during a party on Oct. 17. Two teenagers were indicted Tuesday on multiple murder, assault and weapon possession counts in connection with the shooting.

A pair of teenagers have been indicted by a Niagara County grand jury in connection with a Lockport shooting that left a Medina college student dead and five others wounded.

The teens, aged 16 and 17, who were originally charged in a criminal complaint with second-degree murder and second-degree criminal possession of a weapon, now face a 27-count indictment that includes the previous charges and a host of assault counts.

The teens are accused of unleashing a volley of gunfire into a side garage door of a residence on South Niagara Street just after midnight Oct. 17. Cheyenne Farewell, 21, died when she was struck by the hail of bullets.

Five others, who had been among an estimated 120 people attending a Halloween party with Farewell, were also wounded. Pictures from the crime scene showed that eight bullets had ripped through the door.

The indictment was unsealed Tuesday afternoon in Niagara County Youth Court. The arraignments were conducted virtually and reporters were allowed to observe the proceedings over the strenuous objections of the teens' defense attorneys.

Niagara Falls City Court Judge Diane Vitello, who presides over the Youth Court, overruled the objections. The judge did, however, order that reporters not release the names of the teenage defendants, consistent with the provisions of New York’s Raise the Age Law, which looks to keep most defendants younger than 18 out of adult courts.

Vitello also ordered that the names of some witnesses be withheld because of safety concerns.

Defense attorneys for the teens entered pleas of not guilty. Their clients spoke only to acknowledge that they had agreed to the virtual court proceedings.

Vitello ordered that both teens remain in custody, with bail for both set at $500,000 cash or $1 million bond.

First Assistant Niagara County District Attorney Doreen Hoffmann, the lead prosecutor on the case, noted that the indictments added a large number of additional charges to the cases against the teens.

Vitello also conducted an attorney appearance for a third suspect in the case. Defense attorney Nicholas Narchus told Vitello that he has been retained to represent Jonathan Frey, 21, who was arraigned Jan. 6 on a single count of first-degree hindering prosecution.

Vitello ruled that Frey could be publicly identified because he is not covered by the provisions of the Raise the Age Law.

Frey is a paroled sex offender, who prosecutors charge drove the teen gunmen to and from the South Niagara Street residence. Frey’s connection to the gunmen has not been revealed.

The New York State Sex Offender Registry website indicates that Frey was adjudicated a Level 3 sex offender, the highest level category available. He was convicted in October 2016 of one count of third-degree criminal sex act. He was sentenced to serve two years in state prison and was paroled in November 2018.

Investigators have indicated that the shooting may have been triggered by a dispute between two teens who were attending the party and another individual. Police said neither Farewell nor any of the other five victims were linked to that dispute.

Lockport Police Department fielded a report of shots fired about 12:20 a.m. Oct. 17 at a South Niagara Street residence. When officers arrived at the scene, they found six people, including Farewell, suffering from gunshot wounds.

Farewell died at the scene.

Last year, then Niagara County District Attorney Caroline Wojtaszek had predicted additional charges against the teens after grand jury proceedings, including “charges under a depraved indifference theory of the murder and charges for each and every one of the shooting victims.”