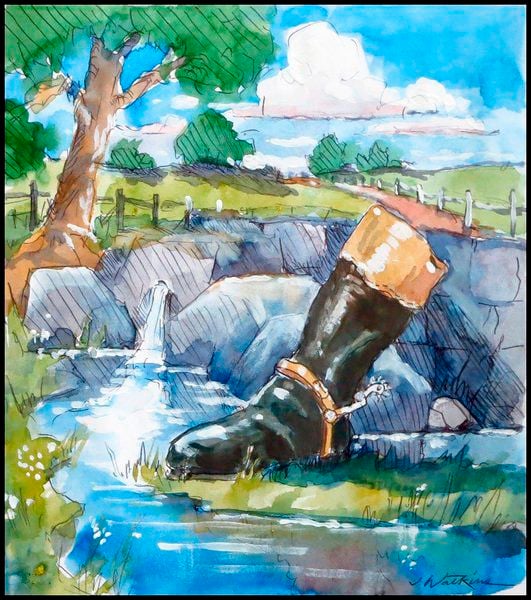 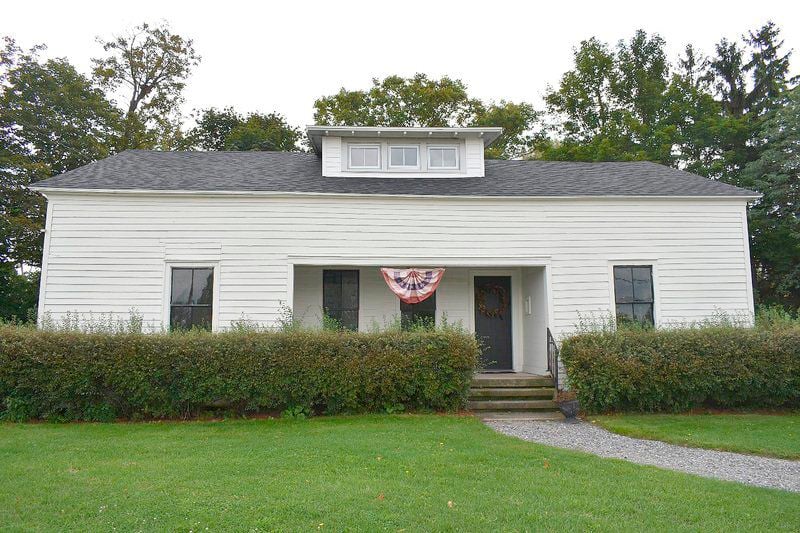 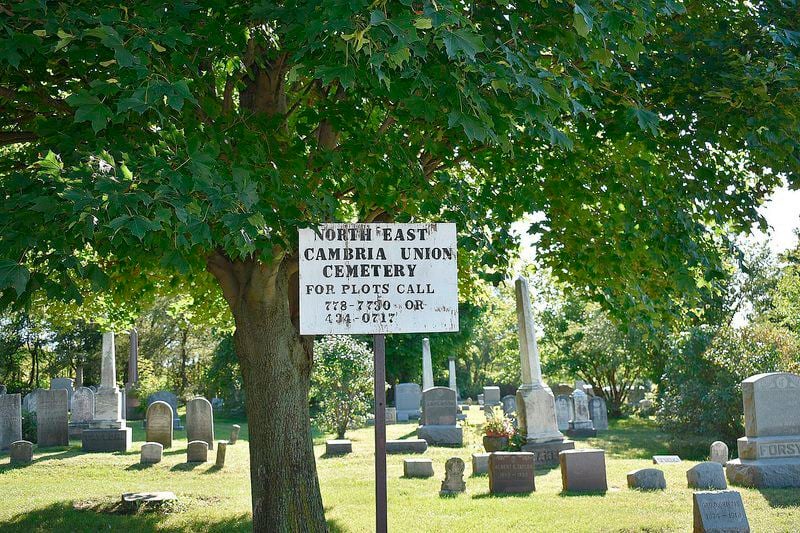 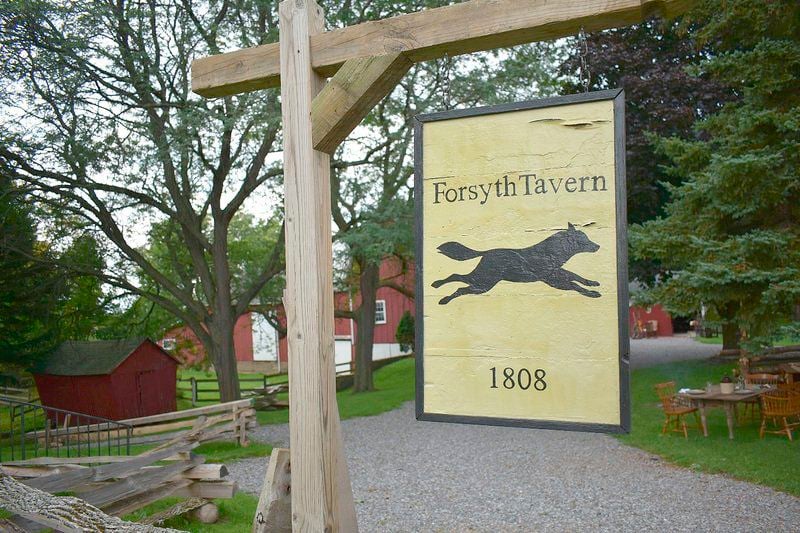 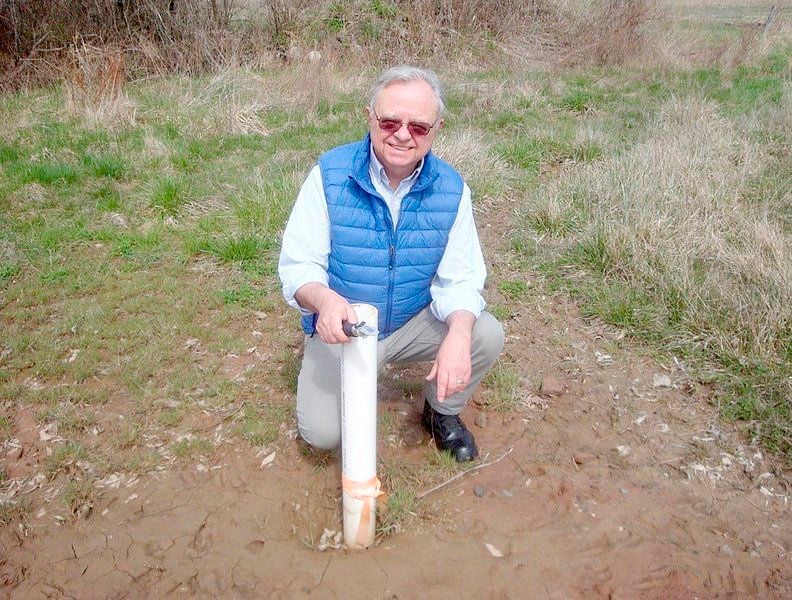 PHOTO BY NORM LAJOIE, HARTLAND TOWN HISTORIANJim Boles tests for salt at a spring off Route 104 in Hartland.

PHOTO BY NORM LAJOIE, HARTLAND TOWN HISTORIANJim Boles tests for salt at a spring off Route 104 in Hartland.

This article is a preview of “Stories from The Springs,” my new book that will be released in 2020 by Vanishing Past Press. This publication documents many tales from the historic springs of the Niagara Region.

In the past, I published under the “Abandoned History” Series from People Ink Press, through the Museum of disABILITY History in Buffalo. Now retired, I am writing for Vanishing Past Press, whose corporate headquarters is located on one end of my family room.

Springs show up in the early history of Niagara County as they were landmarks and resting areas on the early trails. These routes through the Niagara Frontier were often Native American foot paths with springs along the way for travelers and their animals. The springs were well known along main trails such as the Old Niagara Trail, which included Chestnut Ridge Road from Batavia past Charles Wilber’s log tavern on Cold Springs Road and onto Stone Road, meeting Route 104 (Ridge Road) at Warrens Corners and west to Lewiston and Fort Niagara.

A man named John Street was murdered in 1790, while camped at a spring near the Ridge Road, a mile west of Warrens Corners. The Fort Niagara businessman was traveling to Massachusetts and was rumored to be carrying a large sum of money.

At that time Ridge and connecting roads were nothing more than paths, and they were dangerous with frequent robberies. After Street’s death, travelers camped at the spring found some remains when their dog retrieved a boot with an attached leg. Scraps of Street’s clothing were found hanging in the bushes a year later. The men responsible for the murder and robberies were captured shortly thereafter.

From an account in the Pioneer History of the Holland Purchase of Western New York, published in 1852:

“In 1790 after I had sold a drove of cattle at Lewiston (to go over the river), and at Fort Niagara I met with John Street, the father of the late Samuel Street, of Chippewa, C.W. He was going to Massachusetts and said he would like my company through the wilderness, as far as Geneva. Waiting a few days, and he had not getting ready, I started without him. He followed in a few days and was murdered at a spring, near the Ridge Road, a mile west of Warren’s.”

Judge Hopkins went on to say in the account, “His friends in Canada, gathered up fragments of the body, and carried them home for burial. He was robbed of a considerable sum of money.”

For now, given the details, I am going to name that spring “Boot Leg Spring.” While its exact location is unknown, Hopkins' account has it 1 mile west of Warrens Corners (Forsyth Corners at the time) and the historic Forsyth Tavern in Cambria.

It is hard to imagine, but in the year 1790, Ridge Road was a primitive trail, the Forsyth Tavern was not yet open and, for many travelers, camping was the only option. Ridge Road heading east after Warrens Corners was often not used because of the swampy conditions, although it was often navigable in the winter when the water froze. An alternative for those heading east was to use Stone Road, which also had a junction at Forsyth Corners. This is where Route 93 meets Route 104 in Cambria.

This past July,  I handed out a “Wanted” flyer in Cambria during the annual town-wide yard sale. Homes, businesses and churches were open along Ridge Road and members of the public were invited to look over their sale items. I passed out information about Boot Leg Spring and encouraged anyone who might know its exact location to contact me. I'm happy to report there was considerable interest; I received three calls giving tips about possible sites. A spring behind the cemetery on Budd Road was reported by a nearby farmer and the local mailman called with additional information.

While trying to locate the spring, I am using the restored Forsyth Tavern and the related Jay Bird Antiques shop, in the tavern barn, as my base of operations, as they are the closest active businesses and the operators have been very helpful with my search. The tavern and the barn were recently restored and are in use, and there are many plans for the future. Posted on the wall in the Jay Bird Antiques barn is my “Wanted” poster.

Tyler Booth is the knowledgeable proprietor of the Forsyth Tavern, and his father, Jay Booth, operates the antique shop. Both are available to answer customers' questions about local history and field information about Boot Leg Spring or other springs along the old road.

To ask questions of or share information with me, email jamesboles47@gmail.com .

Thanks to Tyler Booth and Tom Collister, curator of the Lewiston History Museum, for their assistance with this report.

Jim Boles is a Lockport native and a historian with a keen interest in local history and cultural tourism.