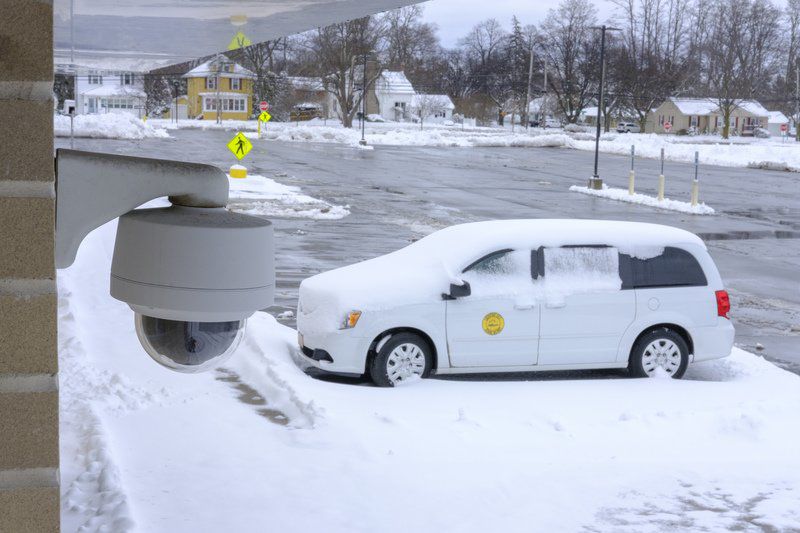 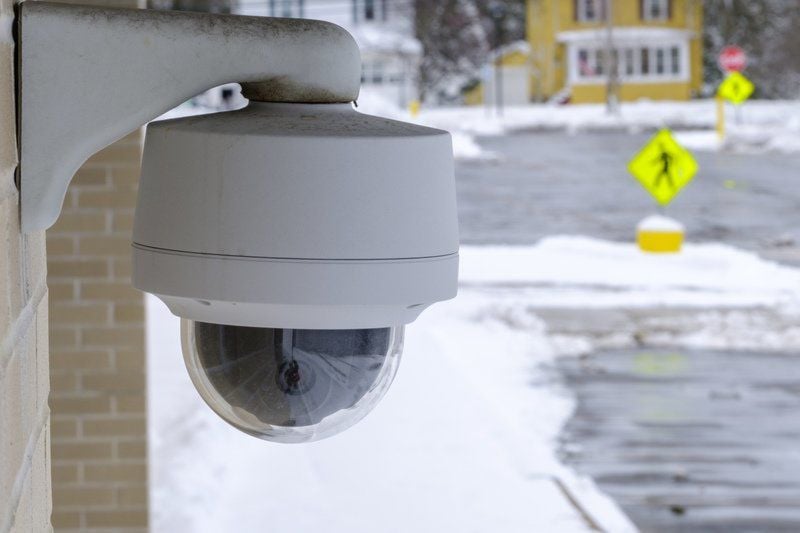 In the wake of yet another school shooting, educators across the country are asking what more can they do to prevent or at least mitigate their worst nightmare, should it ever happen to them.

In Lockport City School District, administrators were already pursuing plans to make the district into a "model" for security.

The district is spending nearly all of a recent $4 million state grant on new security enhancements at the entrances of its eight schools, including bullet-proof greeter windows, a new visitor badging system and a mass notification system at every school except the high school, which already has a system in place.

They're also adding dozens more surveillance cameras that will be equipped with a system that's capable of facial and object recognition.

The software, developed by SN Technologies Corp., can be used to identify weapons, as well as sex offenders or any other person not allowed on school grounds.

"It is cutting edge. We're hoping to be a model (for school security)," said Dr. Robert LiPuma, director of technology for the district.

Shortly after the massacre at Sandy Hook Elementary School, Newtown, Ct., in December 2012, Tony Olivo of Corporate Screening & Investigative Group came in to assess the Lockport district's security. Superintendent Michelle Bradley said this service did not come at any cost to the district. Olivo says he assesses security at many schools throughout the area. The district's insurer, Evans Agency, arranged for Olivo's visit at no cost, administrators say.

At the time, the district was already working on security enhancements. Beginning in 2011, Lockport city schools embarked on a multi-year project that reconfigured entrances at each of its eight schools and brought security officers to North Park Junior High School and Lockport High School West.

"All the entrances were redone," said board of education member Thomas Fiegl. "You used to be able to walk right into the school and walk into principal's office, walk anywhere in the school. Now you have to be buzzed in.”

Olivo, a former criminal investigator for the U.S. Marshals and the Air Force, began the assessments in spring 2013 and has remained a part of district discussions on security. He has made a number of recommendations, but declined to elaborate on which features he suggested.

"They implemented a lot of our recommendations since we did the assessment,” Olivo said.

As part of his security assessments, Olivo recommended that Lockport and other districts consider SN Tech's facial recognition software, known as Aegis.

“When we see something we think our school districts might be able to utilize to enhance the safety and security of their schools, we bring it to their attention," he said.

“We've helped them from a technical and a tactical aspect to help them develop it for schools," he said. "We're partners with them in that respect.”

Lockport and dozens of other school districts expressed interest in learning more about the software.

In 2016, SN Tech held demonstrations at Erie-1 BOCES facilities and other locations throughout Western New York; representatives of about 40 school districts were in attendance, according to Olivo.

Olivo said Lockport and two other school districts agreed to allow SN Tech to beta test the Aegis software. Lockport has decided to incorporate the software into its $3.8 million security enhancement project. The project is being funded through the $4 million the district received under the Smart Schools Bond Act, which was approved by voters in 2014.

Aegis is a school-specific software that's based off a similar facial recognition program, SpikeNet, which has been used across Europe, including in Scotland Yard and the French Ministry of Defense, said Olivo, adding that SNTech is one of the co-developers of the SpikeNet software.

"This technology has been in use around the world in other applications — everything from security to anti-terrorism to gaming," Olivo said. "Obviously there's differences between casinos and schools."

Olivo predicted the program will become more widespread in coming years. "There are many school districts in New York state that are interested in utilizing this state-of-the-art technology," he said.

Lockport administrators declined to say which groups will be flagged by the system, saying that will be identified later when the software is in place.

SN Tech claims the Protector is able to recognize any of the "top 10 guns used in school shootings," including AR-15-style rifles.

They wrote that they're currently focused only on New York State public schools.

"Our technology is proprietary and we have a signed non-disclosure document in place," Flynn wrote in an email to the Union-Sun & Journal.

Lockport school business administrator Deborah Coder said the contractors, rather than the district, will pay SN Tech for the programs.

“We're not paying SN Tech for the software," Coder said. "We're going to pay the contractor ... (and) they will work out some kind of payment arrangements with SN Tech.”

Facial recognition surveillance systems are becoming more widespread, but Olivo and administrators say they're not yet common in area schools. Some studies have found misidentification issues in some systems, and that misidentification rates are often higher with African-Americans than with caucasians.

But some sources say accuracy rates are generally improving as the technology advances.

In March 2015, St. Mary's High School in St. Louis became one of the first schools in the nation to install such a system, using software from Blue Line Technology in Fenton, Mo.

School board president Mike England said they encountered some misidentification issues, especially in the early years. However, the problems have become less frequent with continual testing of the system.

Overall, England said, they are satisfied with the system. He feels it was worth the investment.

"It's added another layer of security that's good for our school," England said.

Administrators in Lockport feel assured the technology will be an effective tool when coupled with the other security enhancements at school entrances.

"What we know is the technology works in the places where it's been implemented," LiPuma said. "It will be a tool that will, in my mind, undoubtedly give us an advantage to ... keep our school safer."

The act provided $2 billion for schools across the state to upgrade their infrastructure and technology. The funds are a one-time grant and come from state accounts.

The money can be used to improve internet connectivity in schools or the community, purchase classroom technology such as tablets, add pre-Kindergarten classrooms, replace transportable classrooms or add high-tech security features.

While applications to the state show most Niagara County school districts are spending the windfall primarily on classroom technology, Lockport is spending nearly all of it on security. Only $200,000 of its $4.2 million award will go toward non-security uses.

The district is working with the architectural firm Trautman Associates and a technology consultant, ECC Technologies. Administrators say ECC Tech vetted the efficacy of the software and other aspects of the plan.

The state officially accepted Lockport's application this past November.

The project is currently out to bid.

LiPuma said the district elected to focus on security because it had already implemented some of tech initiatives that the Smart Schools bond money could be used for.

The district recently completed a broadband buildout that has provided internet with download speeds of one gigabyte per second or greater. And two years ago, the district finished a multi-year, "one-for-one" classroom technology initiative that's provided roughly one tablet or Chromebook for every student in the district. Both projects were started before voters approved the Smart Schools funding, LiPuma said.

"I don't know if I was the biggest proponent to spend this kind of money on security to begin with," LiPuma said. "As the technology director, I could come up with 100 ideas if we're getting $4.2 million. But we had already implemented a one-to-one initiative, we had just redone our network. We were in a great position as a school district to consider a project such as this."

LiPuma added that the district included technology educators in discussions on how to use the funding.

But David Lowry, president of Lockport Education Association, said teachers were not included in those discussions. Nonetheless, Lowry said he supports spending the money on security.

Lowry added that after the Feb. 14 school shooting in Parkland, Fla., many staff members, faculty and students emailed administrators with security recommendations.

"I believe the administration is willing to listen to any suggestions brought forth in an effort to make schools safer," Lowry said.

The school board also held a public hearing on the project in August 2016 — a requirement of the Smart Schools Bond Act — but nobody commented on it.

Even as the district awaits contractor bids on the $3.8 million security upgrades, administrators foresee possible troubles funding even the current level of programing and services in the 2018-19 budget. If property tax increases are kept below the tax cap, and the state Legislature does not increase state aid beyond the levels proposed by Gov. Andrew Cuomo, the district would face a shortfall of nearly $1 million.

Administrators are hopeful the legislature will offer more aid, as it has in years past, and that the district will identify ways to cut spending without cutting into student programming. Should neither pan out, the district has made plans to cut transportation and sports programs, reduce kindergarten to half days and close elementary school libraries.

As is the case with state building aid, the Smart School funding can't be used for operational expenses, such as facilities or personnel.

"You might think you could transfer that money over, but you can't," Bradley, the superintendent, said.