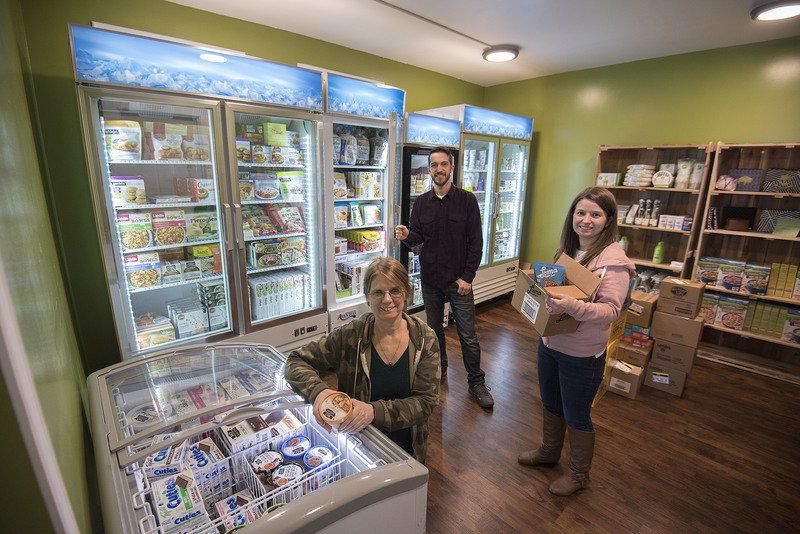 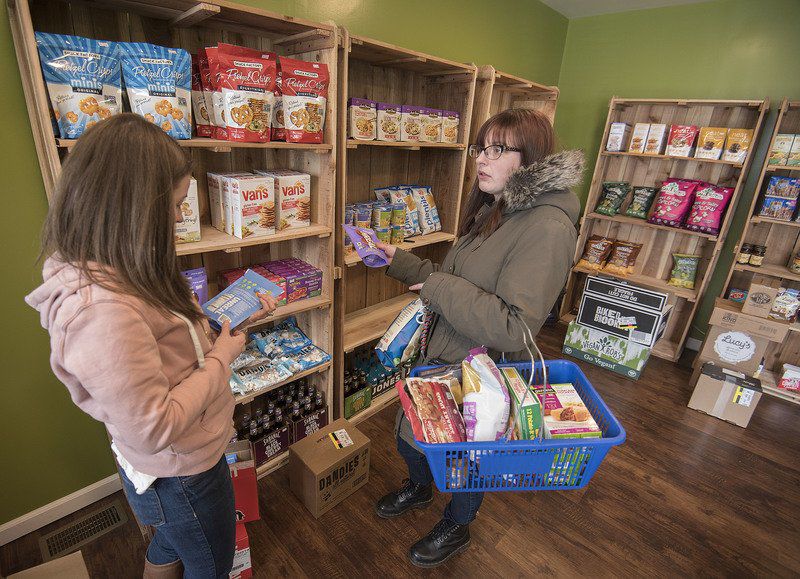 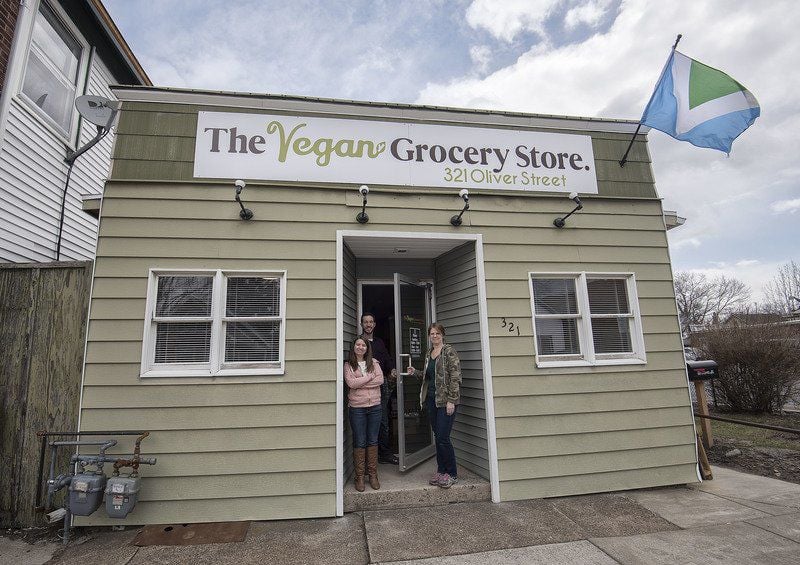 When Gabrielle Richards, her mother and her husband opened a vegan grocery store on Oliver Street in North Tonawanda, she said they were surprised to learn that the Lumber City has a thriving population of people wanting to buy what they’re selling.

Called simply The Vegan Grocery Store, the new business opened about two weeks ago and has already drawn customers from as far Toronto. There’s good reason for that, Richards said, large grocery stores like Wegmans, Tops or Trader Joe’s have vegan items, but not the best selection, often forcing vegans to make multiple stops to get a week’s worth of groceries.

To the best of her knowledge, the next closest all-vegan grocery store to Western New York is in New York City.

“It’s a lot to go grocery shopping as a vegan,” she said. “So we’re like, ‘how hard can it be to have all the vegan stuff in one spot?’”

Richards says their storefront, at 321 Oliver St., hasn’t been occupied in 55 years. She says they’ve been working on renovating the property since November and are currently in the process of finishing work on the second floor apartment to rent out.

The store offers a variety of plant-based products, including foods for breakfast, lunch and dinner, as well as various-vegan friendly desserts and snacks, like chips, chocolate and even ice cream. They also carry vegan-friendly cosmetic and cleaning products. Every Thursday when they get a delivery, new products come in to fill the store’s shelves.

“At the beginning, we just stocked companies that we knew, but now we’re getting (a lot of) customer input,” said Judy Mittiga, Richards’ mother and a co-owner of the business. “The customer has helped us along, like the UnReal Candy, we didn’t know anything about it. So it’s awesome that customers are telling us what they want on the shelves. That helps us.”

Richards said she’s been a vegan since she was a girl, for the last 14 years. Seven years ago, Mittiga decided to take up the lifestyle as well. Then, two years ago, Richards’ husband, Jason Richards, also came to see the health benefits of an vegan diet.

Owners say there’s a variety of reasons why one may choose to endorse a vegan diet, whether it be a compassion for animals or a desire to reap the apparent health benefits that veganism can offer, which owners say include weight loss and a lower chance of getting heart disease or cancer.

Gabrielle Richards said she started on the path to veganism as a girl because she loved animals. But, like the others in her family who have embraced the lifestyle, says she’s also come to appreciate the physical effects.

“A lot of people do go vegan for different reasons,” she said.

Looking to the future, the plan is expansion. First, the owners say they want to add a produce section to the store, which is currently stocked with pre-packaged items. In an effort to stay as local as possible, they’re holding out until they find a local produce distributor to work with.

From there, they’d like to create a “grab-and-go” section for area vegans looking to stop in an pick up something for lunch while they’re on break.

“If you’re a vegan and you’re on your lunch break, where do you go for something quick? There’s really nothing,” Gabrielle Richards said. “So we want to have a couple display cases with some grab-and-go items.”

The owners all say they grew up in North Tonawanda and that it was important for them to set up shop somewhere close to home.

Gabrielle Richards says they’ve already gotten involved with the Oliver Street Merchants Association and that they’re looking forward to being a part of efforts to revitalize the Oliver Corridor.

For more information visit the store online at www.thevegangrocerystore.com.