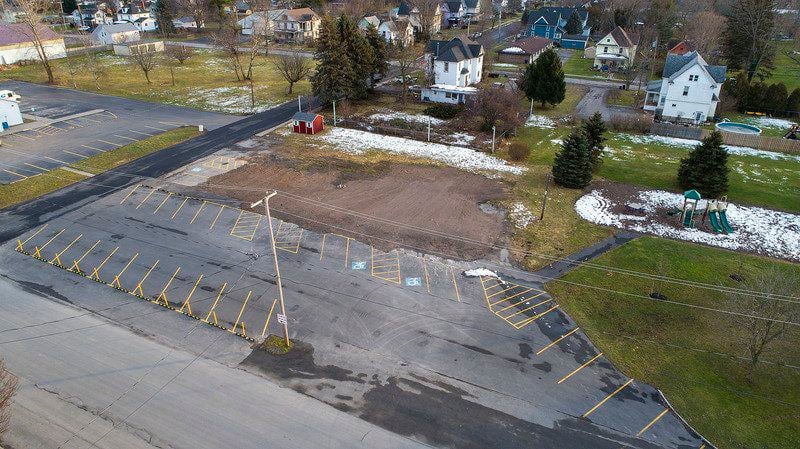 James Neiss/staff photographerAn empty lot is all the remains of the Barker Village Hall and library after Jan. 20, 2019's devastating fire. Work continues on bringing a new hall to the village. 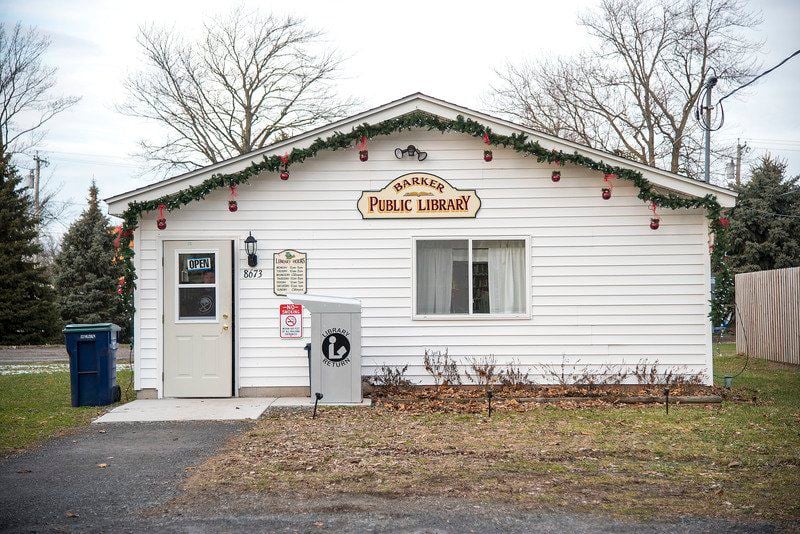 James Neiss/staff photographerA new library was established after a fire burned down the former site of the library in Barker Village Hall.

James Neiss/staff photographerAn empty lot is all the remains of the Barker Village Hall and library after Jan. 20, 2019's devastating fire. Work continues on bringing a new hall to the village.

James Neiss/staff photographerA new library was established after a fire burned down the former site of the library in Barker Village Hall.

BARKER — It's been a year since a fire burned village hall down.

Village officials say they are moving forward, but that due to a variety of factors it is going to take some time to get a new village hall built.

The Union-Sun & Journal sat down on Friday with Mayor Aaron Nellist, Deputy Mayor Seanna Corwin-Bradley and Village Clerk-Treasurer Amanda Detschner for an update on the rebuilding efforts and how the last year has been for village officials.

Village officials are currently in the "programming phase" which Detschner said mainly consists of them identifying the village's needs and what they would like to have in a new building.

They're still not sure exactly how much they will receive from the village's insurance provider.

"When municipalities tend to have these disasters, insurance companies aren't very quick to pay out. They are large payouts. They really do their homework and they make sure they are satisfied. And then the municipality gets their settlement. Unfortunately it may be a couple years," Detschner said.

MRB Group is working with the town for the programming phase.

An official cause of the fire has yet to be determined.

Despite no formal cause listed, arson or an individual causing it have been ruled out.

"We know that there was not any arson. We know that it wasn't any fault of anyone in the building. There was no space heater or electrical issues issues, or anything like that," Corwin-Bradley said.

"It also cleared things like accidental paint cans being in the wrong place or something like that," Nellist said.

Detschner said as a result of the fire they have "definitely learned to do more with less," and that she doesn't believe much has changed on the service side of things.

"I don't think too much has changed on the service front. I really don't think that the residents have noticed any interruptions whatsoever," Detschner observed.

With the help of Document Reprocessors, a professional document recovery company, they believe approximately 85 percent of the documents are going to be saved. Detschner also credited the fire proof filing cabinets and fireproof rooms the records were in to saving so many of the documents.

The extreme cold weather conditions last year presented a challenge to first responders, but it turns out the harsh weather actually was another reason so many documents were able to be saved.

"The records had to stay frozen," Detschner said.

The records being frozen allowed the company to put them into a freeze dryer before they thawed. The company than cleaned up soot and char and a good portion of the documents, excluding the ones legally required by state law to be kept physically, were digitalized.

Detschner now is sorting through the documents as the company sends them to her.

"I will slowly be getting them back," Detschner said, adding that the company has been good to work with.

Corwin-Bradley said they receive questions about why there isn't work being done on the physical plot of land or questions similar to that, but she noted there is a lot of work that goes on behind the scenes.

"There is just so much stuff that goes on behind the scenes that people don't see physically," she said.