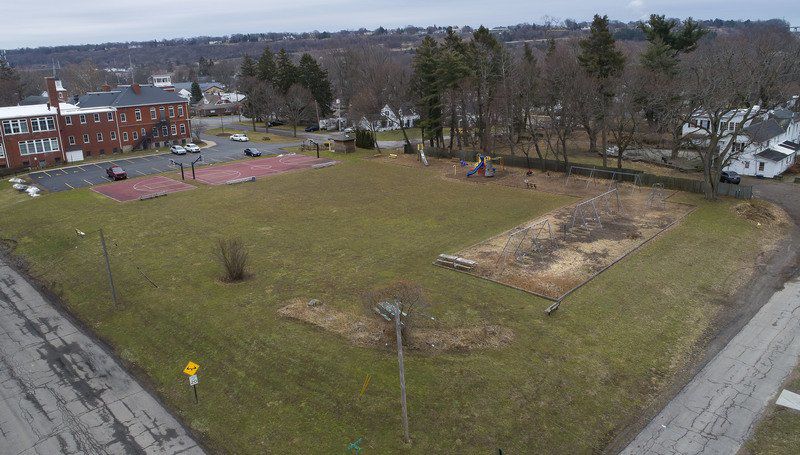 James Neiss/staff photographerConstruction on an all-inclusive playground at Marilyn Toohey Park in Lewiston is set to begin at the beginning of May. It will include a splash pad as well as playground equipment designed to be accessible to all children. 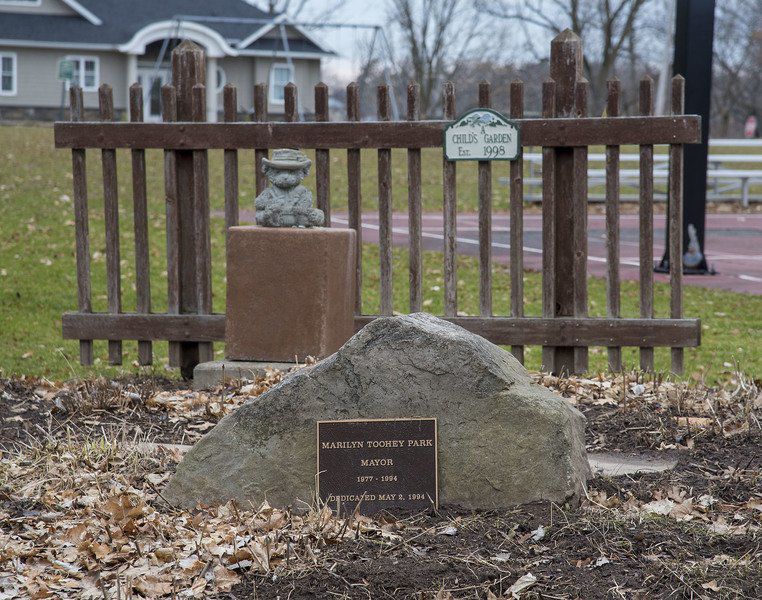 James Neiss/staff photographerConstruction on an all-inclusive playground at Marilyn Toohey Park in Lewiston is set to begin at the beginning of May. It will include a splash pad as well as playground equipment designed to be accessible to all children.

LEWiSTON — Construction on an all-inclusive playground in the village is expected to commence in the next few months.

Mayor Anne Welch said plans to build the inclusive playground have been in the works since shortly after she was elected in June 2018. While the village is still looking to meet its fundraising goal for the project, Welch says they've already collected a significant amount of money and are planning to officially get started this spring.

"We will be breaking ground ... May 3, it's our annual Spring Fling with the recreation department," she said. "We're still hoping for more donations and grants to come in. We've raised quite a bit of money, so hopefully by then we'll have most of our goal and then we can get started on the playground."

The playground, which comes with a $750,000 price tag, will include a splash pad as well as playground equipment that is designed to be accessible to all children. Welch said it will be an upgrade to the existing playground at Marilyn Toohey Park, located behind the village municipal building on North Fourth Street.

"We do have a playground right there at the municipal building, it's just a regular playground with a lot of green area, and it needed some updating," she said. "When I thought about these playgrounds, it's the right thing to do, to make them all-inclusive. All playgrounds should be all-inclusive so all the children get to play."

So far, the village has received a number of donations from various community members, including both monetary donations and donations of services. For example, Welch said Mark Cerrone, Inc., a Niagara Falls-based construction firm, has volunteered to donate its time to construct the playground.

Mark Cerrone Vice President George Churakos said the firm decided to get involved when they learned the village could use some extra help with the playground. He said they offered their services to help "coordinate and put together" the playground.

"It's for the kids," Churakos said. He added that the company agreed to support the playground because it offered something that can be enjoyed by children with disabilities, "which is something that is not common."

Welch said Mark Cerrone's contribution has been a "big help" to the village and that they've received a number of other "really generous" donations that will help bring the playground to life.

The playground was originally a Mason's Mission project, a local nonprofit that aims to help create playgrounds for children with disabilities. However, the organization and the village are no longer working together on the project, though the town is still emphasizing the idea of building a playground that can be used by all children, regardless of ability.

Welch said there will be additional meetings on the playground, to make sure the process stays "on track." She's said she's hoping for the project to be completed this summer.