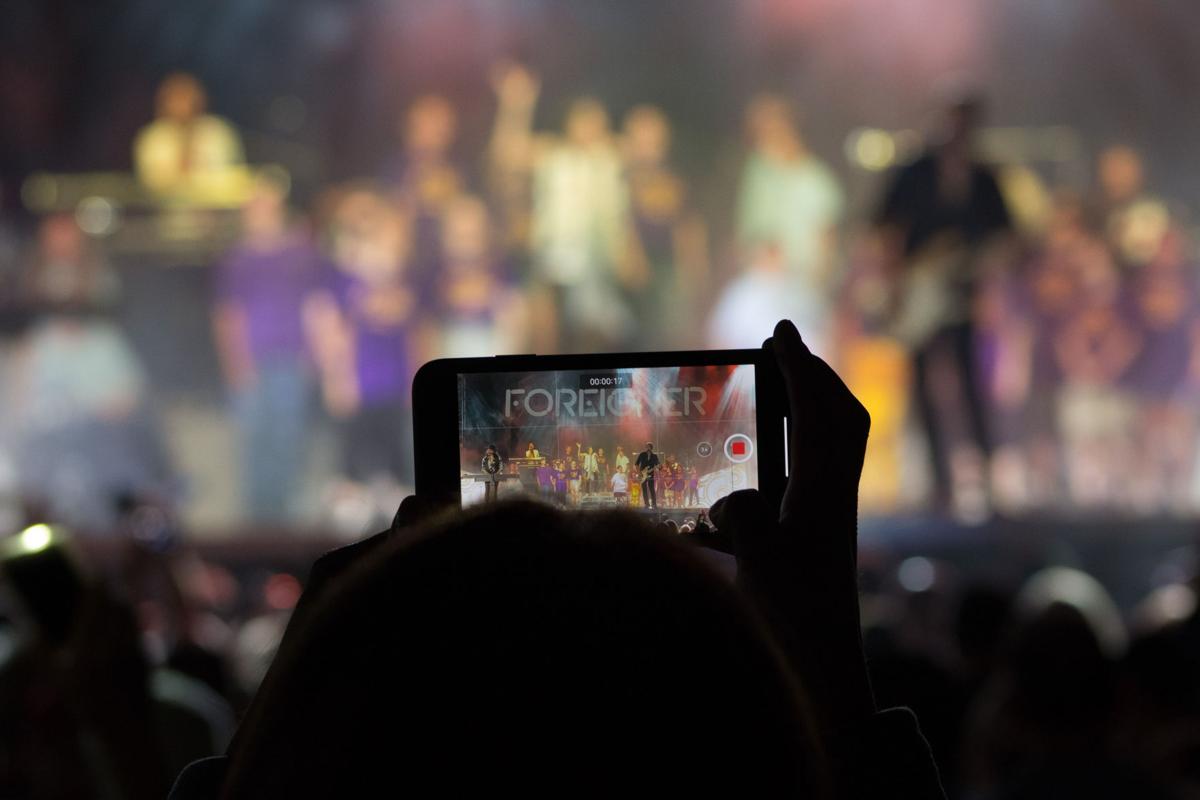 A fan captures all the action during Tuesday night's Foreigner show at Artpark. 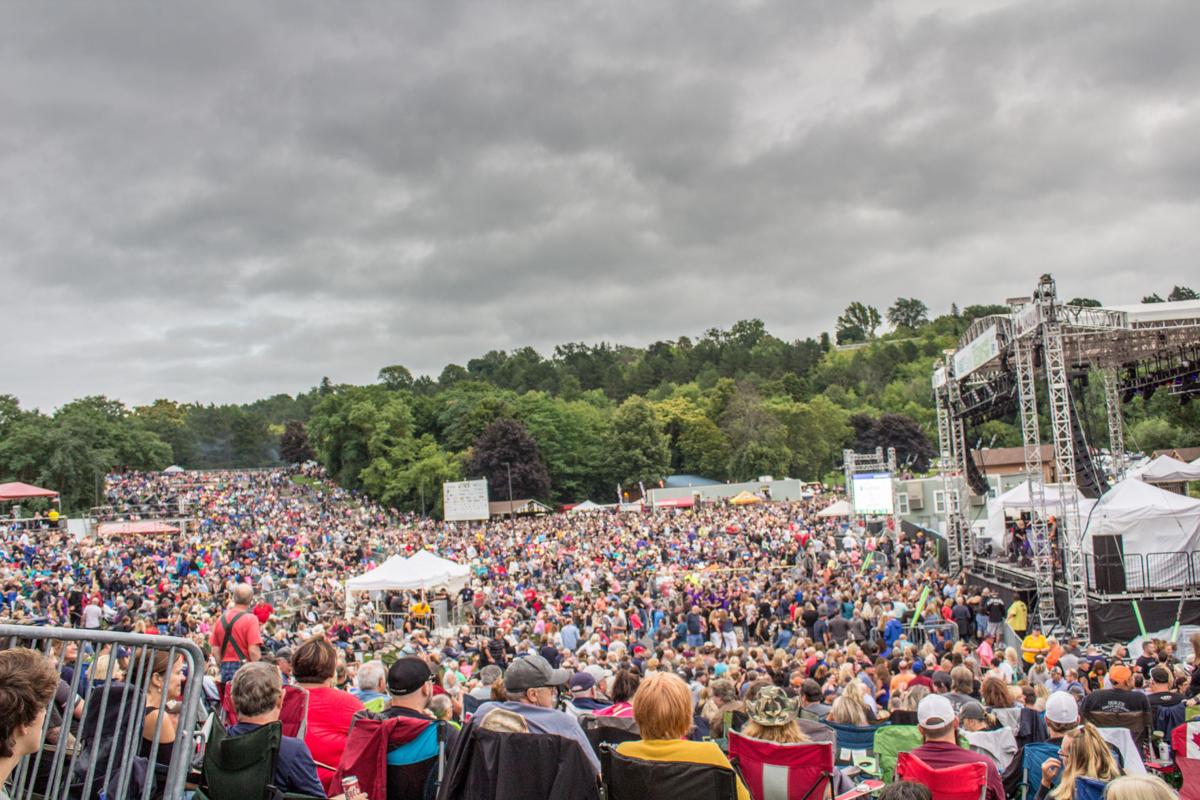 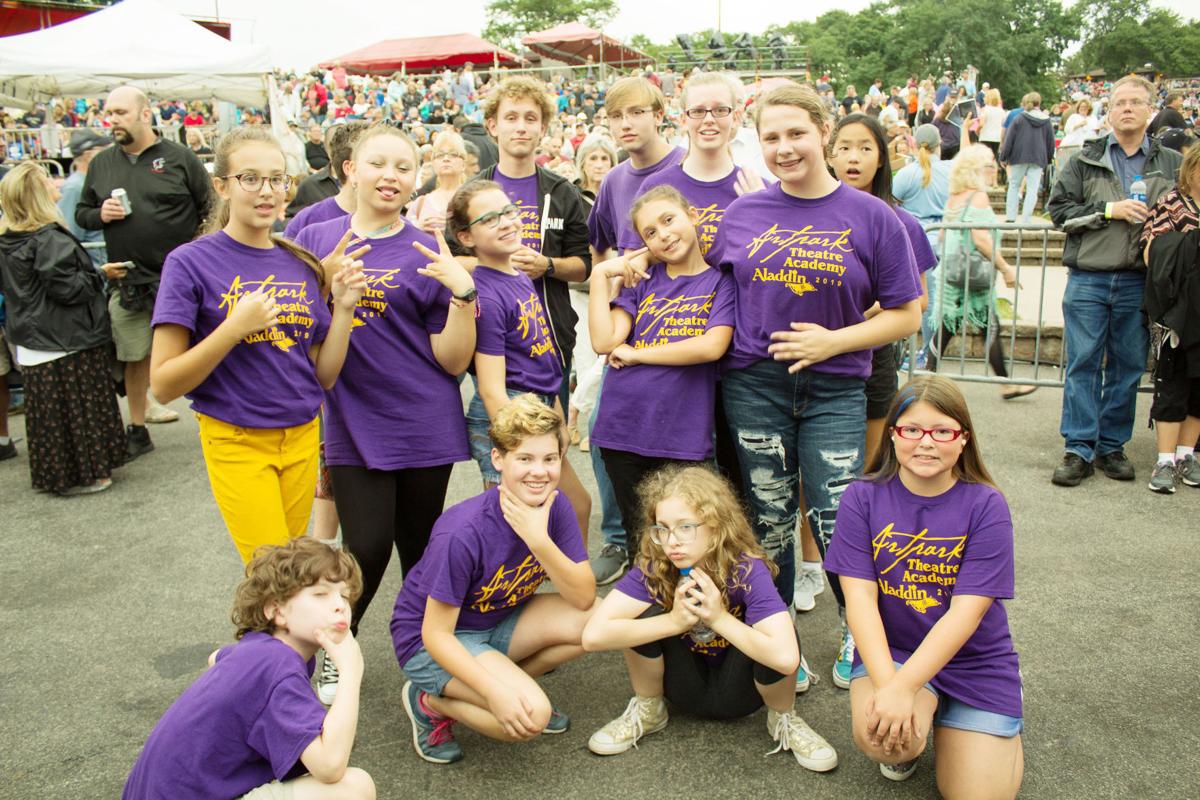 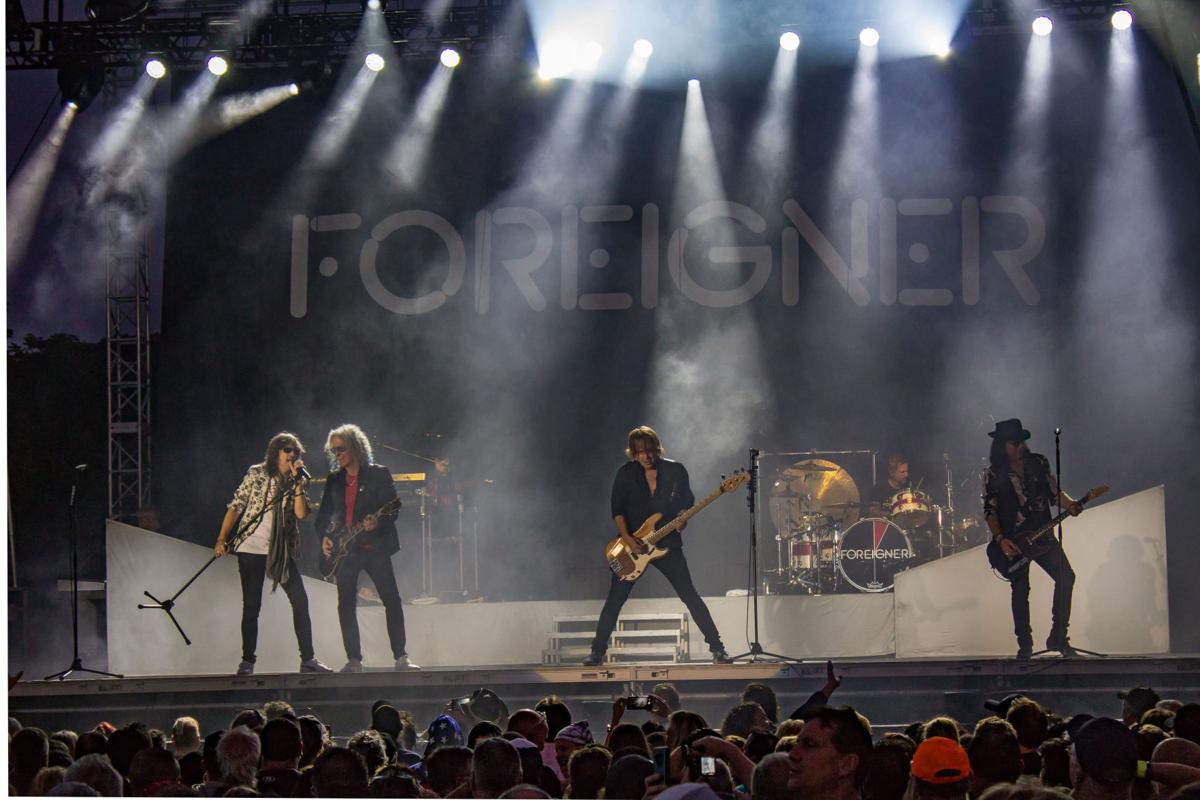 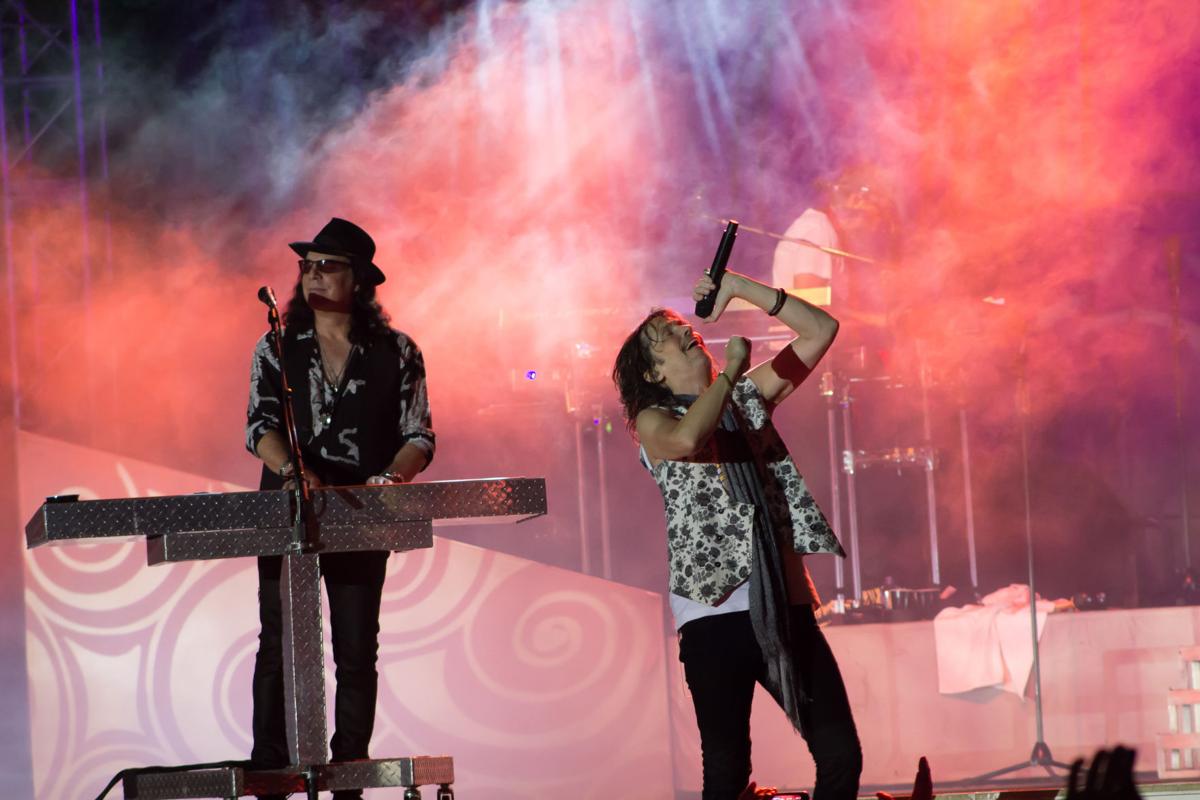 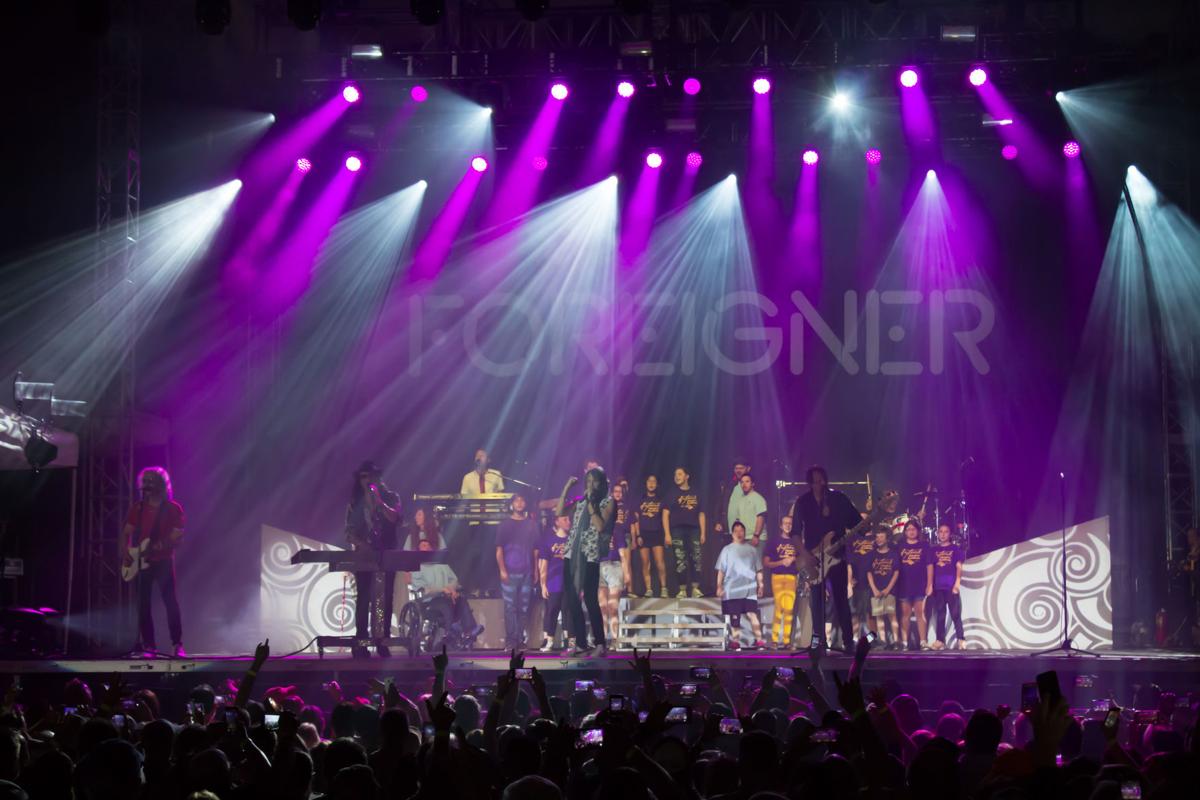 A fan captures all the action during Tuesday night's Foreigner show at Artpark.

LEWISTON — Foreigner rolled into Artpark on Tuesday to wrap up the 2019 Tuesdays in the Park series with a powerful set of 10 songs from the rockers’ heyday. The sold-out crowd welcomed the perennial favorites back to Lewiston and greeted them with open arms.

The venue was alive, as it often is when bands from the arena rock era headline a Tuesday show. The weather was overcast, but other than a light mist, the rain held out long enough for the band to get through their 90-minute set of Foreigner hits and a few solos.

The show kicked off with “Double Vison,” the title cut from their 1977 release. Singer Kelly Hansen’s voice sounded incredible, and he somehow manages to nail all the notes while running around the stage like a whirling dervish. Even after more than a decade as Foreigner’s lead singer, Hansen shows no signs of slowing down. He has a vintage Steven Tyler look and more moves than Mick Jagger.

Next up was another title cut, “Head Games,” followed by “Cold As Ice,” which featured singer Kelly Hansen crawling up the side of the stage and looking out over the crowd. It was something he has done during previous visits and it was a real crowd pleaser.

The current lineup is a well-oiled machine and even though there was plenty of room in the set to extend songs and interact with the audience, the show was tight. The current lineup is an amazing bunch of musicians that clearly understand the nuances of a rock concert and how to work a crowd.

Founding member Mick Jones did not make an appearance but it was hard to tell if anyone really noticed. Guitarist Bruce Watson handled the majority of the work on guitar and the longest standing member of Foreigner, Tom Gimbel, filled in all the gaps, handling keyboard, guitar and saxophone when he was needed.

Foreigner’s stage set includes a massive backdrop emblazoned with the Foreigner logo, and two risers, one for the keyboards and one for the drums. Visually, the show was striking and included perfectly timed lights along with some well-placed fog.

The regular set ended with a blazing version of “Juke Box Hero,” a song that still evokes a lot of emotions for a generation of kids that aspired to be rock stars.

The first encore continued Foreigner’s longstanding tradition of including a local choir to accompany the power ballad “I Want to Know What Love Is.” The Artpark Bridges Choir looked and sounded impressive onstage, and Kelly Hansen took a moment to remind the crowd of the importance of funding for school music programs.

The night — and season — closed out with “Hot Blooded,” an early Foreigner hit that cemented their status as an arena rock headliner. There were fists in the air and the crowd showed feverish appreciation for the FM radio staple.

Throughout the evening volunteers were selling Foreigner compact discs with a portion of the proceeds going to charity. Foreigner’s philanthropic efforts and willingness to include local support on their shows is often overlooked, but their organization deserves a ton of credit for the monetary donations and campaigns designed to create awareness. That is one of many reasons that they are a perfect fit for a place like Artpark.