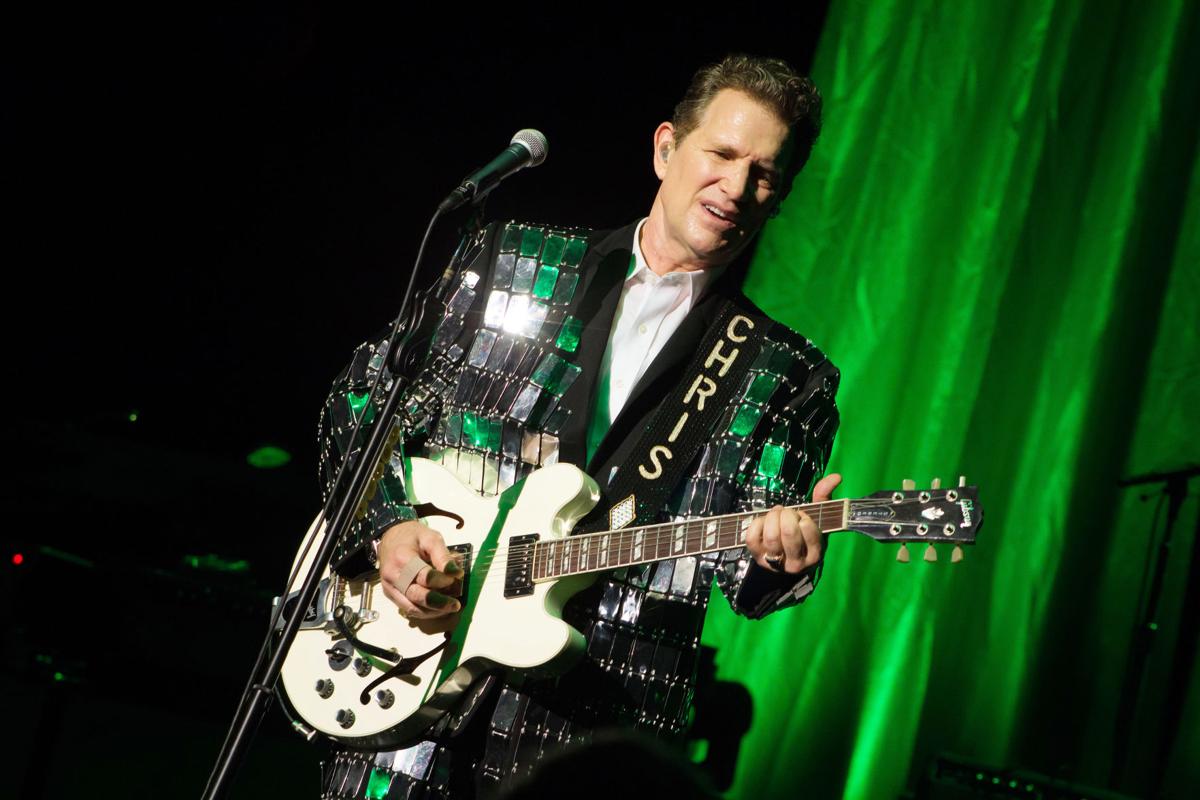 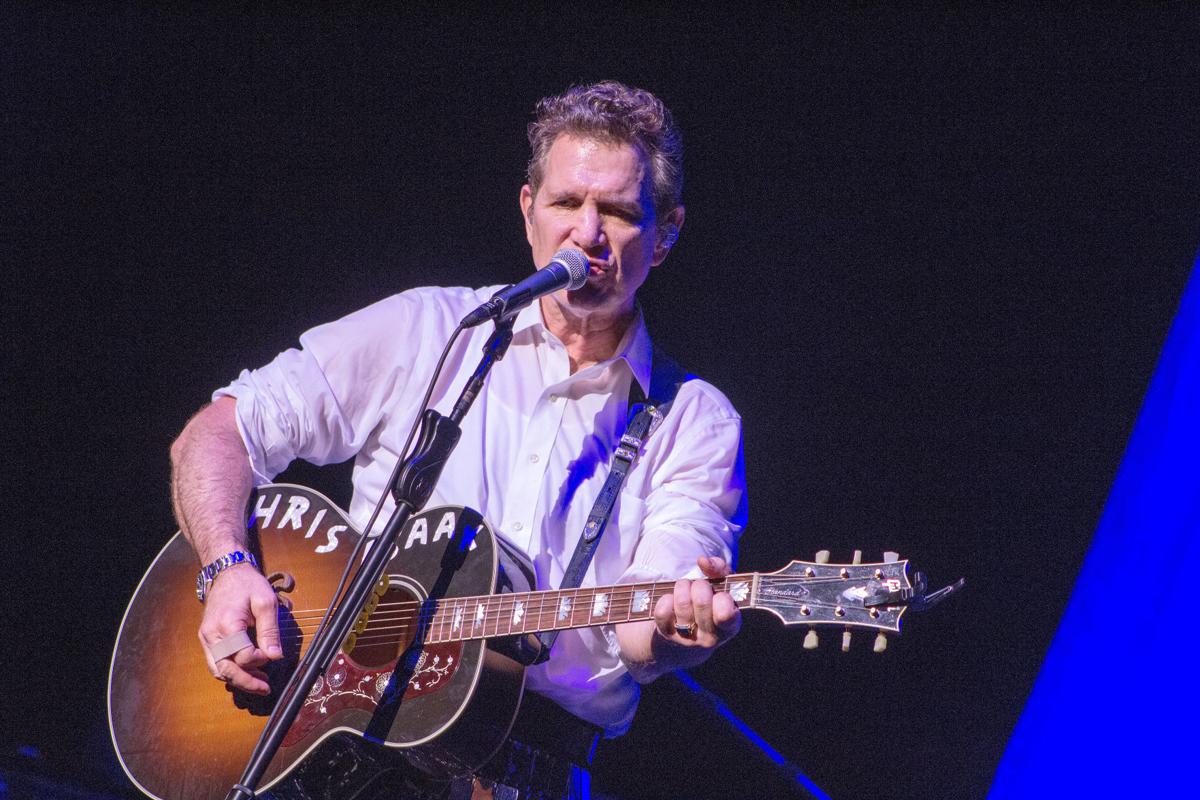 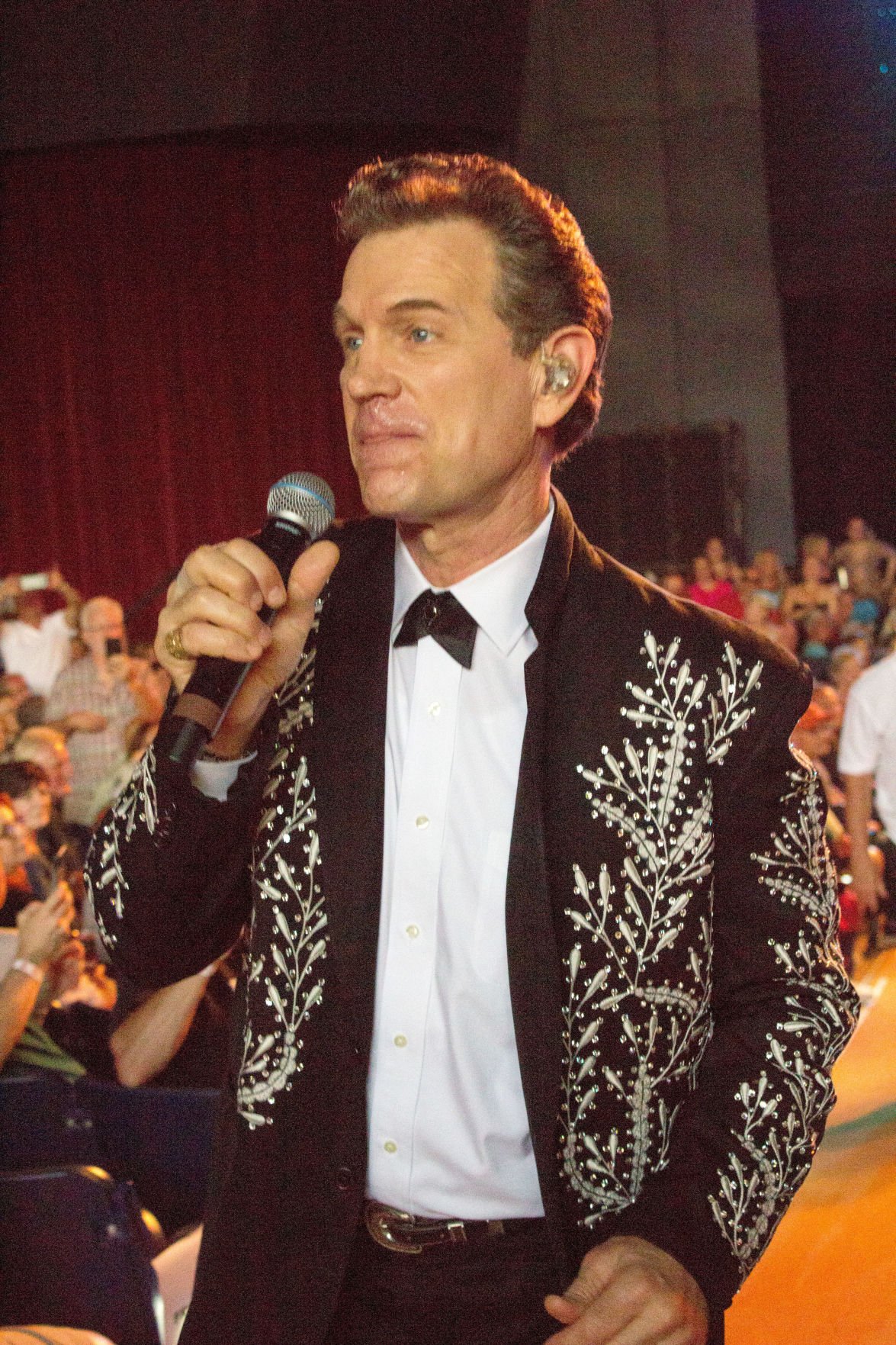 Chris Isaak ventures into the crowd during a performance Tuesday night at Artpark. 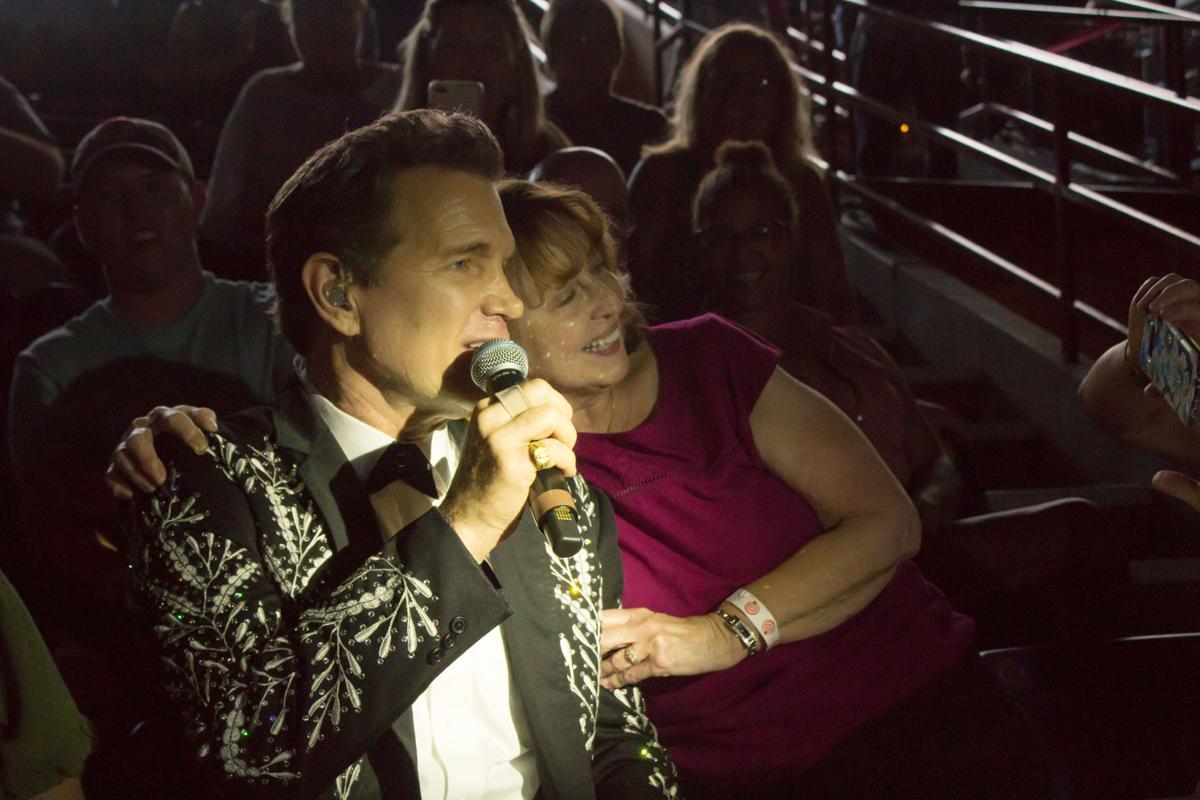 Chris Isaak sits with a lucky fan during a performance Tuesday night at Artpark.

Chris Isaak ventures into the crowd during a performance Tuesday night at Artpark.

Chris Isaak sits with a lucky fan during a performance Tuesday night at Artpark.

LEWISTON — One of the first things I do every Tuesday morning during the summer is check the weather forecast for Lewiston that evening. Tuesday night, when Chris Isaak was scheduled to perform at Artpark, there was a 90% chance of thunderstorms, so I was not surprised when the show moved to Artpark’s covered Mainstage Theater.

It was Isaak’s first appearance at the Tuesday series but he did have the opportunity to perform on the outdoor stage back in 2009 when he headlined a Wednesday show.

As it turned out, the rain did not come but the show seemed to be a better fit for the indoor venue. The Mainstage Theater provided an intimate setting for Isaak and his stellar band, and the acoustics of the venue seemed tailor-made for Isaak’s voice.

If “Wicked Game” is the only Chris Isaak song you know, you probably cannot appreciate Isaak’s diversity as a vocalist and performer. Tuesday’s show provided the perfect forum for Isaak to display his crooning and rocking sides, and he peppered in plenty of homespun humor between songs.

The performance had the look and feel of another era. The band, and Isaak were dressed in glitzy outfits, and at one point Isaak joked that he looked like he was part of the Ice Capades.

There were plenty of musical highlights, and a healthy dose of Isaak’s breakthrough album, “Heart Shaped World,” I counted six songs, and he opened and closed the show with songs from the album, the title track was the opener, and he closed with “Blue Spanish Sky.”

The cover songs were magical, and all of them were songs by performers who have passed away. The first cover was of Johnny Cash’s “Ring of Fire,” the next was a near perfect rendition of Roy Orbison’s “Oh, Pretty Woman.” Isaak also performed Elvis Presley’s “Can’t Help Falling in Love” and another Roy Orbison classic, “Only the Lonely.” (All of those songs appear on Isaak’s “Beyond the Sun” album, along with other tributes to Sun Records artists).

Early in the set, Isaak walked through the crowd and even sat next to a lucky patron before returning to the stage. For his encore, he brought some lucky ladies and one young man onstage to dance with him as well.

During band introductions, Isaak mentioned how long the group has been performing together, and there is no question that they are locked in and tight. The group may have been together for a long time, but they still play with a lot of enthusiasm and fire, and create the perfect backing for Isaak, who is a brilliant entertainer.

Singer-songwriter Marc Broussard opened the show with a short set of songs. His voice is incredible, and it is a mystery why he has not achieved greater commercial success. He ended his set with an amazing version of the Stevie Wonder classic “Higher Ground.”