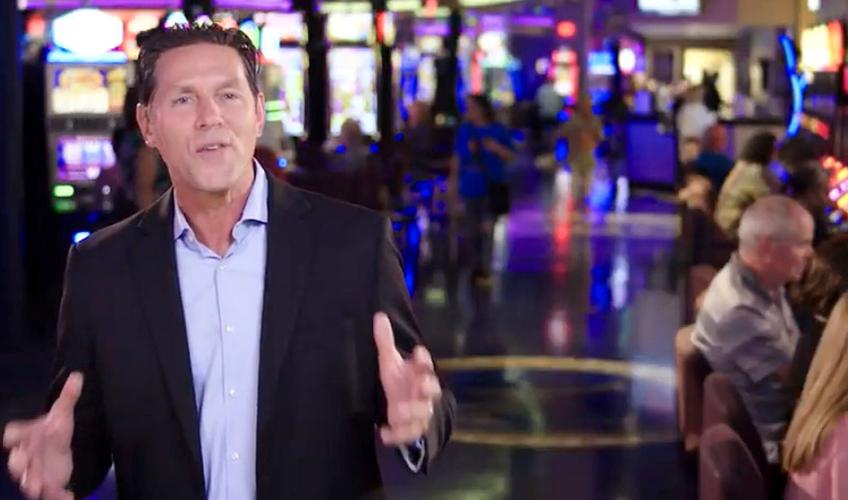 President and CEO Henry Wojtaszek is the enthusiastic spokesman for Batavia Downs Gaming & Hotel in TV commercials that air regularly in the region. (Contributed image) 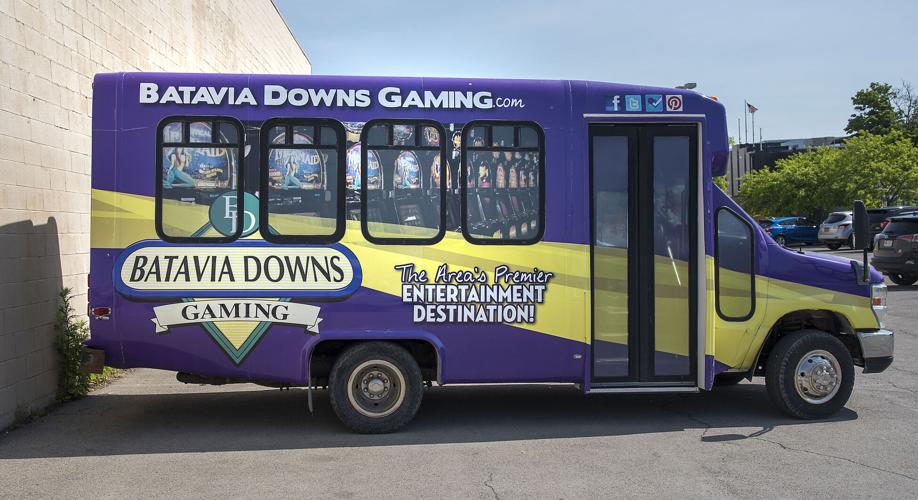 A Batavia Downs Gaming shuttle bus. The Western Regional Off-Track Betting Corp.-owned facility is billed as the area's "premiere entertainment destination," boasting a harness race track, a casino and a hotel, and hosting special events such as fairs and concerts year-round.

President and CEO Henry Wojtaszek is the enthusiastic spokesman for Batavia Downs Gaming & Hotel in TV commercials that air regularly in the region. (Contributed image)

A Batavia Downs Gaming shuttle bus. The Western Regional Off-Track Betting Corp.-owned facility is billed as the area's "premiere entertainment destination," boasting a harness race track, a casino and a hotel, and hosting special events such as fairs and concerts year-round.

The man at the center of Batavia Downs Gaming is its president and chief executive, Henry F. Wojtaszek. He has been an executive at the agency since 2010 and since 2016 has held its top post. He is, by reputation, both charming and clever. “He could sell the Brooklyn Bridge to somebody if he wanted,” Phil Barnes, Schuyler County’s representative on the agency’s board of directors, told me.

Wojtaszek’s path to his roughly $200,000 per year post runs through the close-knit world of the Western New York Republican party, as is the case with many of those overseeing the agency. He previously served as the powerful chairman of the Niagara County Republican Committee and was, for many years, the junior partner in a legendary local political machine led by then-state senator George Maziarz. His wife, Caroline Wojtaszek, served for three years as Niagara County’s district attorney and in 2020 was elected a county judge.

“Henry’s paws are as deep as you can get into politics,” observed Michael Nolan, the agency’s former chief operating officer, who served under Wojtaszek for nine years. In 2018 Wojtaszek came under state investigation on political corruption charges, but after agreeing to testify against Maziarz he was allowed to plead guilty to a single campaign finance charge.

Wojtaszek, according to agency records, has discovered various ways to divert its public resources into his own pockets. A 2021 State Comptroller audit found that he had used an agency car for years without keeping track of his personal use, as well as an agency phone. After his car use was uncovered he reimbursed the agency for $3,400.

But the more substantial benefit Wojtaszek has secured is the use of the agency’s formidable contracting power to give lucrative work to close partisan allies.

One of those contracts went to Republican political operative Glenn Aronow. In 2012, Aronow lost his job as a staffer in the New York State Senate following a sexual harassment complaint by another legislative employee, an accusation he has consistently denied. Eventually, taxpayers were forced to pay out a $90,000 settlement to his accuser.

After his dismissal from Albany, Aronow found a safety net doing public relations at Batavia Downs under Wojtaszek. “We hired him on a contract basis…and paid him $73,000,” Nolan said. Aronow was later rescued into another public position by Republican legislators in Niagara County, who appointed him in 2020 to a $53,762 per year position as an employment and training coordinator.

Aronow was just one of the Republican political operatives awarded lucrative agency contracts under Wojtaszek. Another was Rick Winter, Niagara County’s former board representative, who was awarded a contract worth more than $120,000 when he left the board, ostensibly to lobby state lawmakers on the agency’s behalf.

When I sought comment on these appointments, an agency spokesman, Ryan Hasenauer, insisted that everyone employed by Batavia Downs Gaming is hired “because they are deemed the best person for the job.”

Phil Barnes, who himself is a Republican, told me: “I quickly learned that the OTB is nothing more than political appointments.”

I heard the same from Dennis Virtuoso, a 20-year veteran of the Niagara County Legislature.

“It is actually a money-maker for the Republican Party, and a patronage thing,” he said.

Virtuoso, a Democrat who retired from the legislature at the end of 2021, also said that Wojtaszek regularly directs Batavia Downs Gaming business to local vendors who support his chosen local candidates for public office. “Take care of your friends, that’s how you stay in power,” he told me.

All of this, however, requires that the agency’s board looks the other way. The board’s illegal health plans [see part two in this series] have played a key part in winning that board loyalty and silence.

“They knew they weren’t supposed to have the insurance, though they may say different,” Nolan told me. “Henry would just tell them everything they wanted to hear and the board just kept everything in place so they could keep their insurance.”

In February 2019, the issue of the illegal board health plans came to a head, when Wojtaszek’s jilted political mentor, Maziarz, unleashed a set of charges in a televised news conference, including about the health plans.

“It happened to be a board meeting time and we watched Maziarz go after everything—and the insurance was a big factor,” Barnes said. “We didn’t trust the opinions we’d been getting [from Wojtaszek].” Board members directed him and Nolan to seek out an independent legal opinion from beyond Wojtaszek’s circle of political influence.

That legal opinion came from the Syracuse-based law firm Barclay Damon, which specializes in state and federal rules, and fraud. “The opinion spelled out very clearly that the board should not have health insurance,” Nolan said, “and if they continued, could most likely be liable for payback.”

The following Monday morning, Richard Bianchi, the board chairman, called the executive staff into his office to issue new orders. Nolan recounted to me what the chairman said: “We need to be a team. You keep this up and the Gaming Commission is going to be after us. People are going to come after us.”

Bianchi and Wojtaszek immediately stripped Nolan of his duties as the agency’s freedom of information officer (which cut off his ability to share information with outside groups) and as its procurement officer, “to keep me from seeing the contracts,” he explained.

Afterwards, Barnes, a retired deputy sheriff, began to question other things about Wojtaszek’s and Bianchi’s management activities, especially the contracts handed out to their political friends.

That’s when the retired lawman decided to take matters further: “I’m the one who called the FBI, and I’m proud of it.”

Batavia Downs Gaming, otherwise known as Western Regional Off-Track Betting (WROTB), is a public benefit corporation chartered under New York State law. It is owned collectively by 15 Western New York counties along with the cities of Buffalo and Rochester. Its operations include the Batavia horse racing track, casino and hotel, along with its network of more than two dozen betting parlors in the region. By law the profits it earns are supposed to be divided up among these local governments to help finance local services. It is run by a board of directors appointed by those same local governments.

Batavia Downs Gaming has also been the subject of a series of corruption allegations. These include illegal taxpayer-funded health plans for members of its board as well as the handout of expensive luxury box tickets to Buffalo Bills games and other events to board members and senior agency officials, also at taxpayer expense.

Union-Sun & Journal columnist Jim Shultz recently completed an in-depth, six-month investigation into these charges, including interviews with agency whistleblowers and others. In April he published a national article based on the investigation, A Study in American Kleptocracy, in the New York Review (where he is a contributing writer). This week the Union-Sun & Journal is publishing "Shaking The Money-Maker," a four-part series by Shultz based on that same investigation. The series concludes in the Weekend edition.

SHAKING THE MONEY-MAKER: New demands for accountability at OTB

Under normal circumstances, it would be the responsibility of the board of directors of the Western Regional Off-Track Betting Corp. to overse…