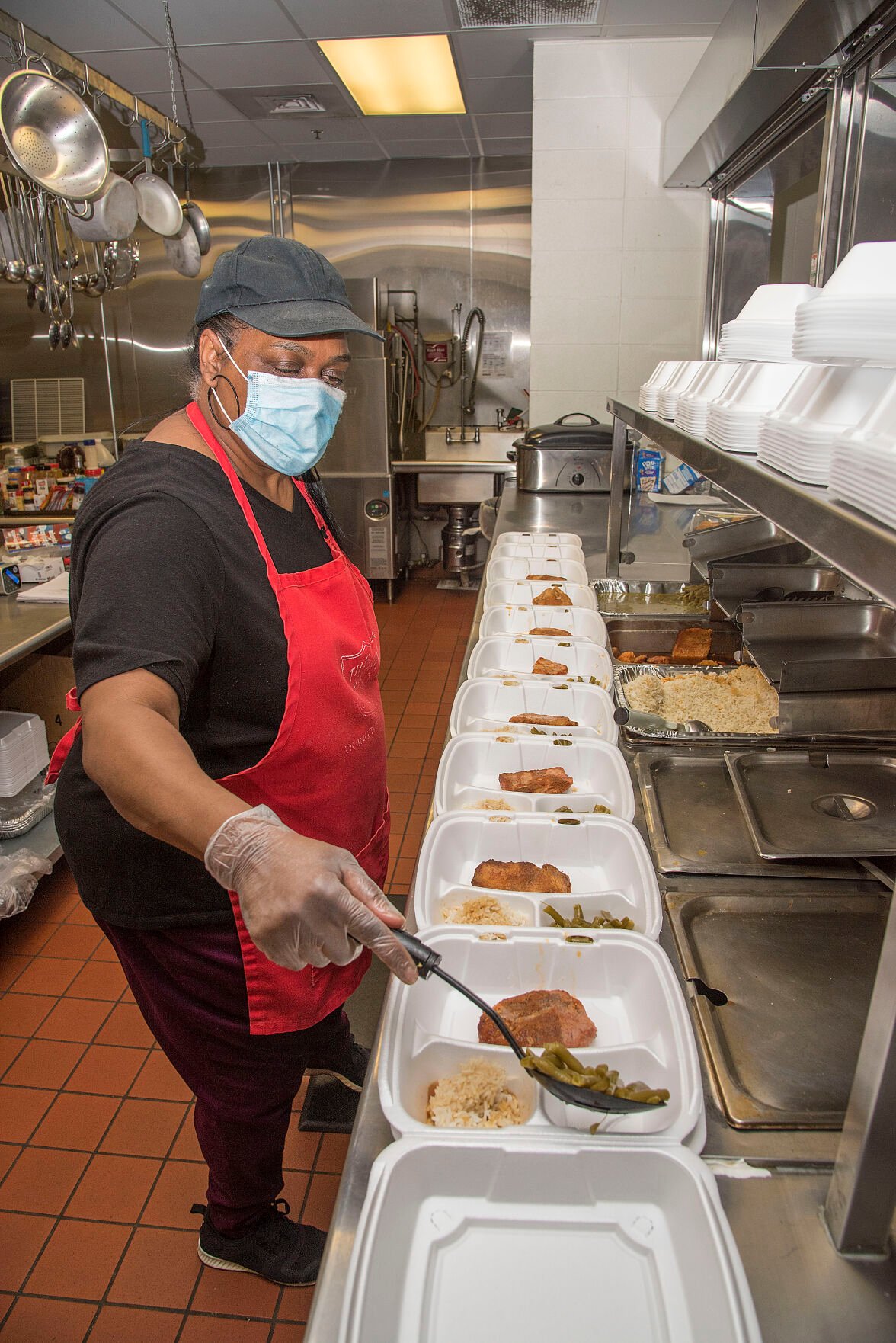 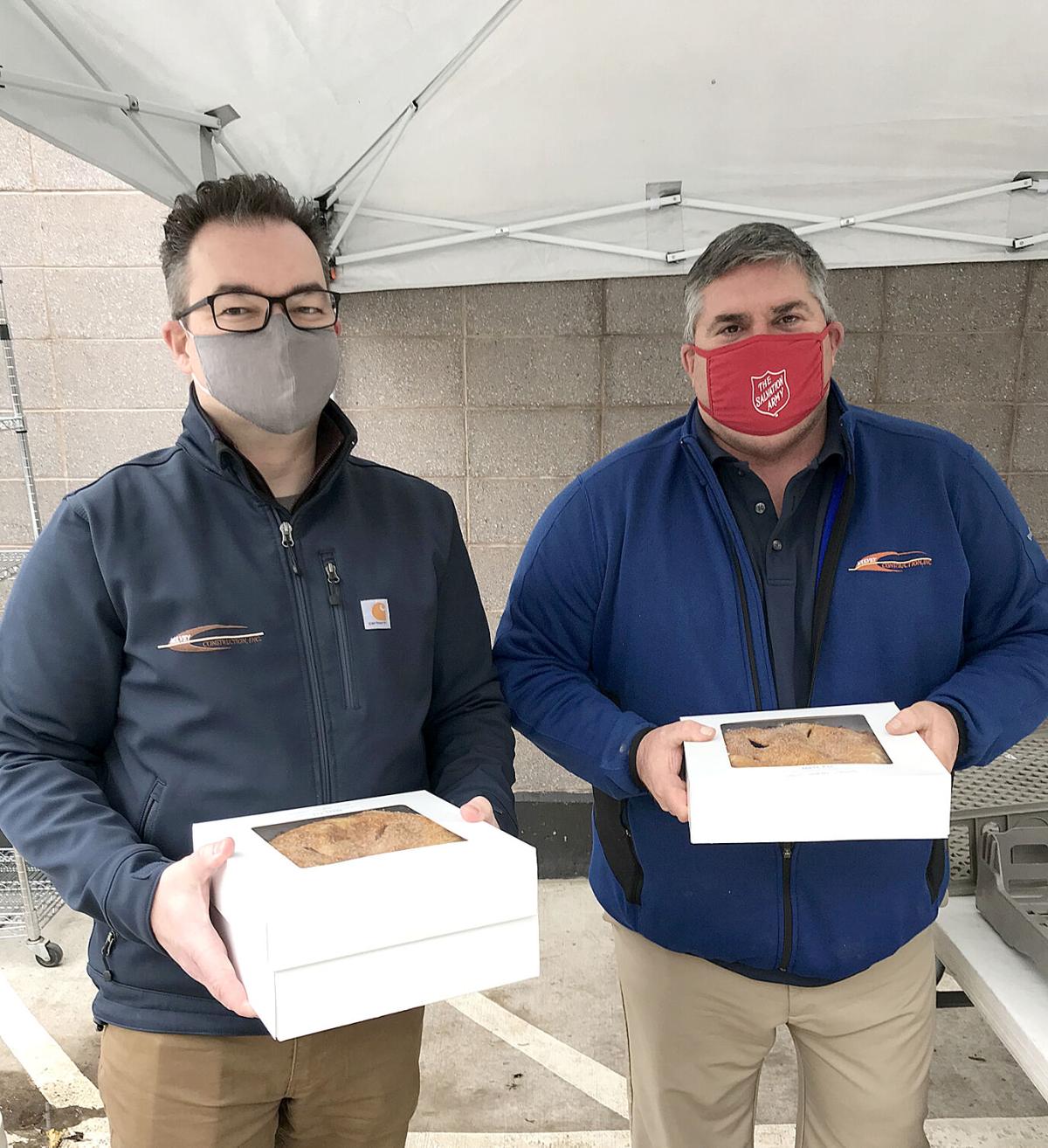 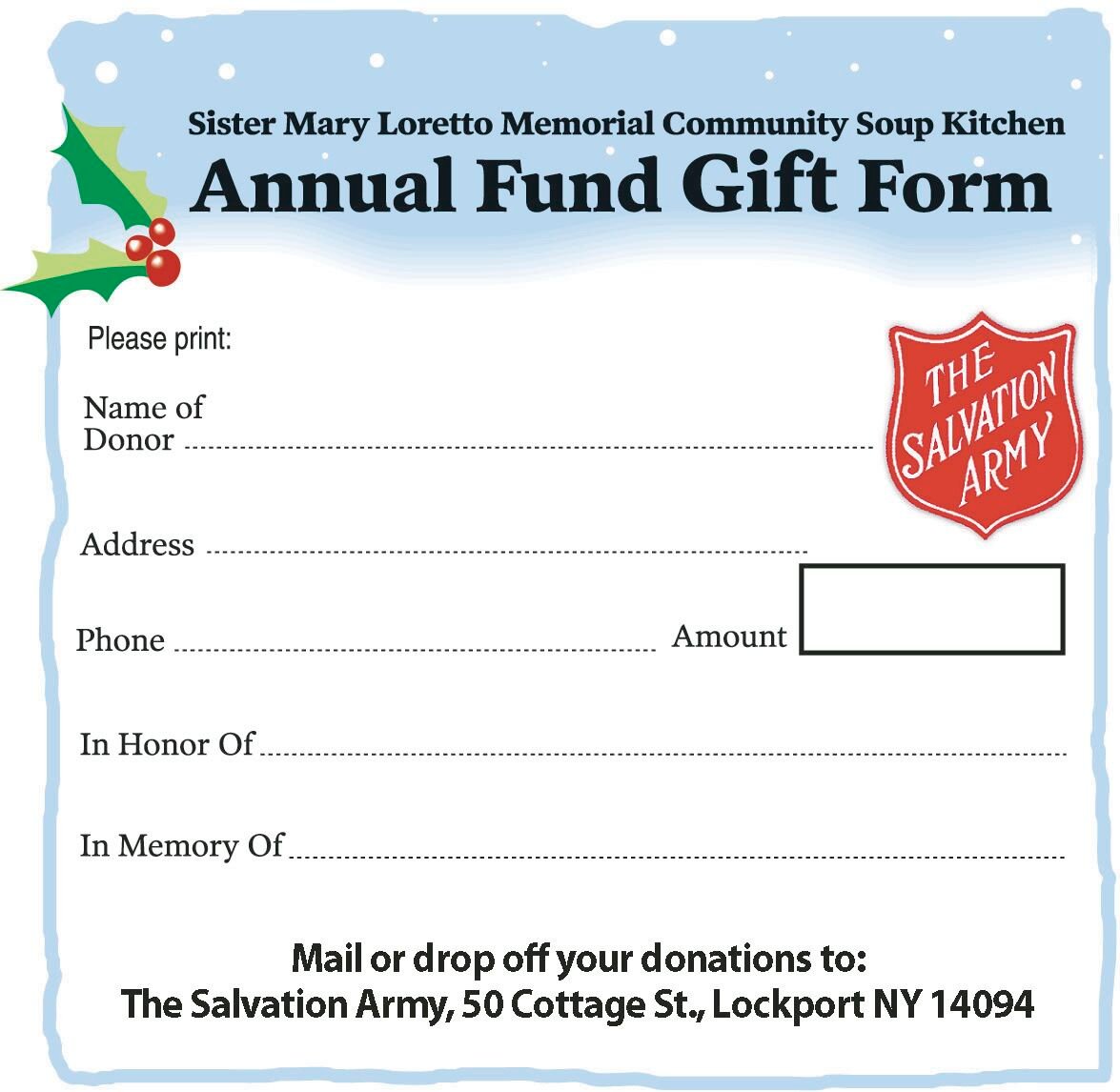 In its 37th year, the fund drive’s goal is $65,000, the same as it has been for several years despite the fact that costs and demand are ever rising.

In response to questions about the goal, and financing operation of the soup kitchen generally, Lockport Salvation Army Major Jose Santiago says he trusts in a higher authority.

“It’s definitely challenging,” he said. “We’re looking to God for strength and guidance, but at the same time we’re committed to the work that we have to do, committed to the people of this community. We will find a way and the Lord will bless us.”

So far, this approach seems to be paying off.

The fund is already at $20,000, in advance of the traditional day-after-Thanksgiving fund drive launch, thanks to two $10,000 donors who emerged in recent days. The first donor asked to remain anonymous and the other, Mulvey Construction Co., also delivered 40 pies to the soup kitchen this week.

Also on Wednesday, the Salvation Army fielded a $250 donation to the soup kitchen from the Marine Corps League.

“Every penny matters and we appreciate the commitment,” Santiago said.

Two years later, the operation was relocated to the Salvation Army Worship & Service Center, where it has remained ever since, surviving on donations from the community.

Currently, the soup kitchen is serving a daily average of 150 meals — take-out meals since the pandemic’s arrival in mid March. Of those served, 25% to 30% are aged 60 and older, Santiago estimated.

Of the drive to fund the soup kitchen operation in 2021, with meal service every Monday through Friday, it’s expected that donors will be harder to find, because the economic effects of the pandemic — possibly including another shutdown in the not too distant future — pushes giving off the table for many.

“You can imagine that people in the past, that were able to donate, this year are the people that are the recipients of the services,” Santiago said. “Many also would’ve been able to donate, but are afraid of the ‘what-if’ that is going to happen in the days ahead. They would rather keep their savings and understandably so.”

COVID-19 restrictions set by the state also restrain the work that’s done at the soup kitchen.

The annual budget for the soup kitchen remains $150,000. Whether that will be enough to cover costs for the whole year is, as of now, unknown. However, Santiago is optimistic.

“We believe in prayer. We believe in this community that has responded to the needs of others and to those that look to us for support,” he said. “And they have responded (before) and we’re going to see what happens.”