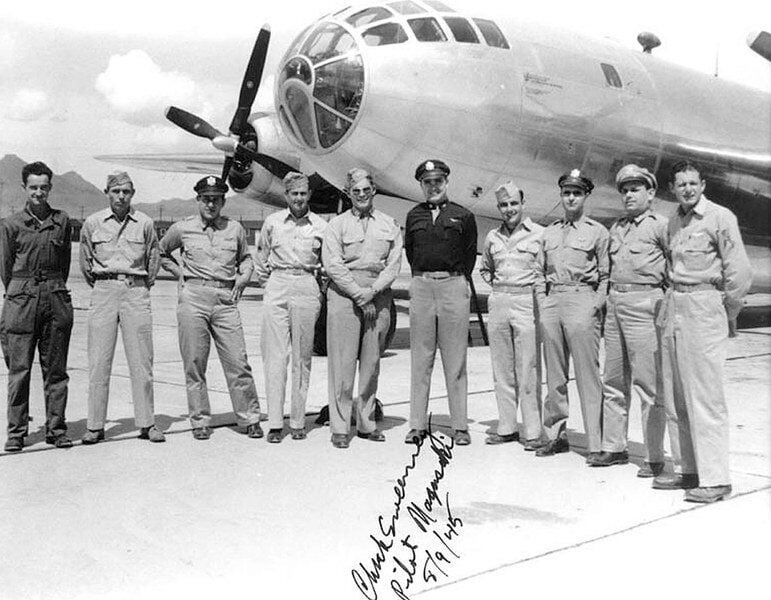 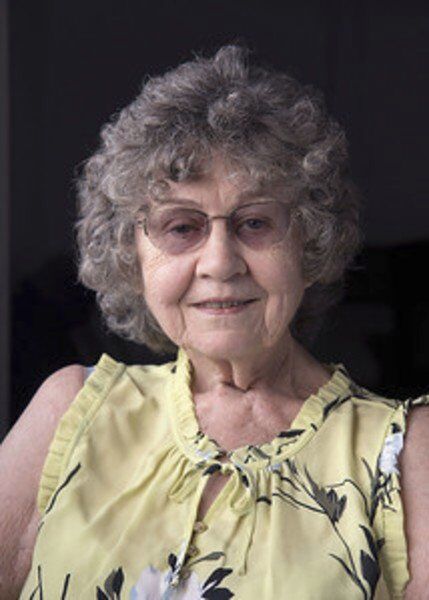 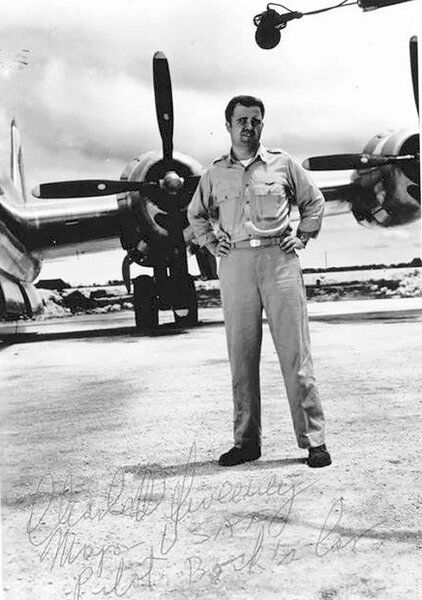 Major Charles Sweeney as he looked during World War II, before the pilot of B-29 Bockscar dropped an atomic bomb on Nagasaki, Japan. (Image from Charles Sweeney's website) 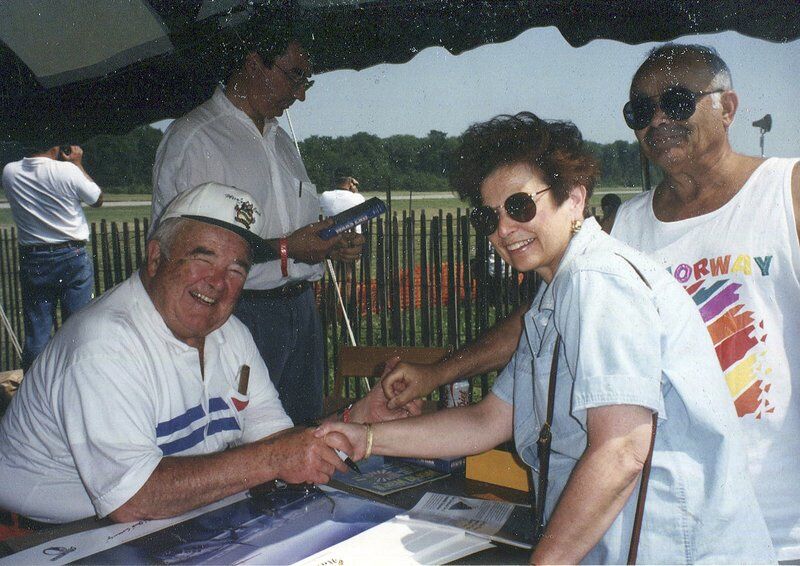 General Chuck Sweeney, who dropped the atomic bomb on Nagasaki, Japan, signs autographs at an airshow in Batavia in 1995, on the 50th anniversary of the end of World War II. (Virginia Kropf / contributor)

Major Charles Sweeney as he looked during World War II, before the pilot of B-29 Bockscar dropped an atomic bomb on Nagasaki, Japan. (Image from Charles Sweeney's website)

General Chuck Sweeney, who dropped the atomic bomb on Nagasaki, Japan, signs autographs at an airshow in Batavia in 1995, on the 50th anniversary of the end of World War II. (Virginia Kropf / contributor)

My husband Al has always been crazy about airplanes, especially the ones from World War II known as warbirds.

I was nearly 50 the first time Al took me to the warbird airshow in Geneseo, and I became an immediate fan. Especially after they announced media day and the opportunity to ride in a B-17. That immediately became my favorite airplane.

The B-17 and its big sister, the B-29, in my opinion are the greatest airplanes ever built. Heavy bombers, they were known for their reliability and ability to stay in the air after sustaining major damage. It was the B-29 Enola Gay that dropped the first atomic bomb on Hiroshima and the B-29 Bockscar that bombed Nagasaki, thereby ending World War II.

For a long time my No. 1 goal was to meet Col. Paul Tibbits, the pilot of the Enola Gay. I never got that honor, but I did get to meet General Charles Sweeney, the man who dropped the bigger atomic bomb on Nagasaki, and his interview will forever be the highlight of my career.

Sweeney was the only man to fly on both atomic missions. On the first mission, he flew his plane Great Artiste, which carried the instruments to monitor the blast, and because they didn’t want to have to change all the instruments to another plane, he flew Bockscar on the second mission. I have seen both planes. The Enola Gay is in the Smithsonian and the Bockscar is at the U.S. Air Force Academy in Dayton, Ohio.

Al often watches the Smithsonian Channel, which recently ran a whole afternoon and evening of shows telling the history of the airplanes used in combat by the United States during the past century. I sat glued to my seat when they got to the B-29s and the bombing of Japan by Tibbits. Then they went on to tell how Tibbits had personally chosen Sweeney to be the pilot of the second mission.

But, let me back up. I got to interview General Sweeney when he was invited to be the honored guest at the warbird airshow, which was in Batavia that year and commemorated the 50th anniversary of the end of the war.

I had been forwarded information for the press and tried for a week to call Sweeney, to no avail. In my final phone message, I told him that since he had accepted the airshow invitation it was imperative I do a story to promote the show and I would appreciate it if he could find five minutes to return my call. In five minutes, he did.

Sweeney explained he was getting ready to fly to Chicago and he would talk to me until he had to leave for the airport. (He lived in Boston.) He said if I still had questions at the end of our conversation, he would call me as soon as he landed in Chicago. And he did.

I greeted Sweeney when he arrived in Batavia and we sat and talked at the airport each day of the airshow. I still get goosebumps when I recall his story.

Well, on the Smithsonian Channel, Sweeney’s sister talked about her brother’s mission. (Sweeney died in 2004.) She told how his intended target was Kokura, but bombing raids there the day before resulted in fires, which were still burning, and the town was obscured by smoke. Sweeney had strict orders not to drop the bomb unless they could see the target.

My heart was beating a bit harder as Sweeney’s sister started talking. I knew just what she was going to say, because I had heard it myself “from the horse’s mouth.”

Sweeney made several passes over Kokura, but still couldn’t see the target. They knew from talk on the radio the Japanese had detected them and were launching their Zeros. Finally, Sweeney made the decision to head for the second target — Nagasaki. That, too, was shrouded in heavy clouds. He knew time was running out and he made the decision to drop the bomb anyway and he would take full responsibility. Then, as he banked the plane one more time, he had told me, “It was like the heavens opened up — and right under us was our target.” On a bombing mission it is the bombardier who flies the plane and Sweeney told his bombardier, “You take it.” The bombardier replied, “I’ve got it.” The bomb was dropped and then they turned the plane to make an exit as fast as they could.

Sweeney said the repercussion when the bomb exploded was so strong, he thought they would be blown out of the sky. He also immediately realized they were dangerously low on fuel, and he knew he did not have enough to return to Tinian Island. So he headed for Okinawa, the nearest American-held base. En route, one engine ran out of fuel. He had been ordered to maintain strict silence on the radio, so instead of radioing the ground control on Okinawa, he ordered the crew to set off every flare on the plane. Each color signified a different emergency on board.

Personnel from the Army Corps of Engineers were working on the runway and dump trucks and bulldozers were all over. With seconds of seeing the flares, they cleared the runway.

Here’s where the story really blew me away. I had told it many times to groups and at one meeting, my cousin, Lockport native Alfred Sullivan, was present and when he heard my story, he said, “Gin, I was working on that runway when that plane landed.”

Here was one of the most dynamic events in American history, told to me by one of the world’s greatest heroes, and my close cousins was a witness.

Sweeney told me a second engine had quit by the time he touched down, and he was so exhausted, all he could do was let the plane roll down to the end of the runway.

The Smithsonian program didn’t go into detail about the beginning of the flight, which originated on Tinian island. When I sat down with Sweeney, the first thing I wanted to know was what this young soldier, a major at the time, (I think he was 22 or 24) was thinking that morning. Did he sleep? What did he eat for breakfast? Did he realize the effect his mission would have on history?

First, he said, he had sat at supper the night before and watched a B-29 crash on takeoff.

Then he told me about the problems he encountered. Unlike the first mission, which went off without a hitch, Sweeney’s mission was full of problems. He woke up that morning and learned there was a problem with the fuel on his plane. Extra bladders had been installed in the wings to provide enough fuel for the trip. One of them had a kink in it, which meant the fuel in that wing could be accessed. Sweeney was given the decision to either take off knowing he would be short of fuel, or wait until the problem could be fixed.

The forecast was for bad weather the next few days, and the prevailing belief was it was imperative to drop the bomb as scheduled. The United States wanted the Japanese to think these would be coming on a regular basis if they didn’t surrender. So Sweeney made the decision to take off as planned.

There were three planes on each mission: one carrying photographic equipment, another with instruments to measure the bomb blast and the third carrying the bomb. Sweeney was to rendezvous with the third plane at a specified altitude and Bockscar and the second plane were to take off and climb to the designated altitude. The third plane misunderstood and climbed to a different altitude, where it circled and waited. Finally, the pilot broke radio communication and asked, “Where is Sweeney? Has he aborted?”

Communications were garbled and the message which was heard on the ground was, “Sweeney aborted.” The general in charge was so distraught, he laid down on the ground and was physically sick. As relayed by Sweeney, what went through the general’s mind was: “Ten of my men are up there in a plane with a 10,800 pound bomb with a force of 21,000 tons of TNT.” It wasn’t until six hours later that the general learned the mission had been successful.

Sweeney went on to tell me he circled for as long as he dared, because he knew he would be short of fuel, and then made the decision to go without the third plane.

Early in their flight, the man babysitting the bomb announced he had a warning the bomb was going to detonate in 60 seconds. Fortunately, it was an erroneous message.

I had one final question for Sweeney: “Did you ever regret what you did?”

His answer was swift.

“Young lady, if you saw what they did to our people, you would never ask that question.”

When people ask me, at my age why don’t I retire, my answer is: “Why would I want to, when I can meet people like that?”

Correspondent Virginia Kropf resides in Medina. Contact her at kropf1@2ki.net.