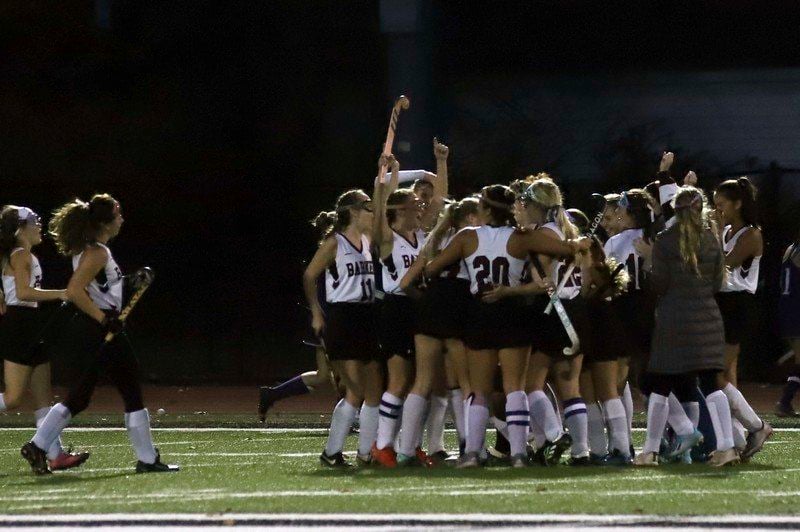 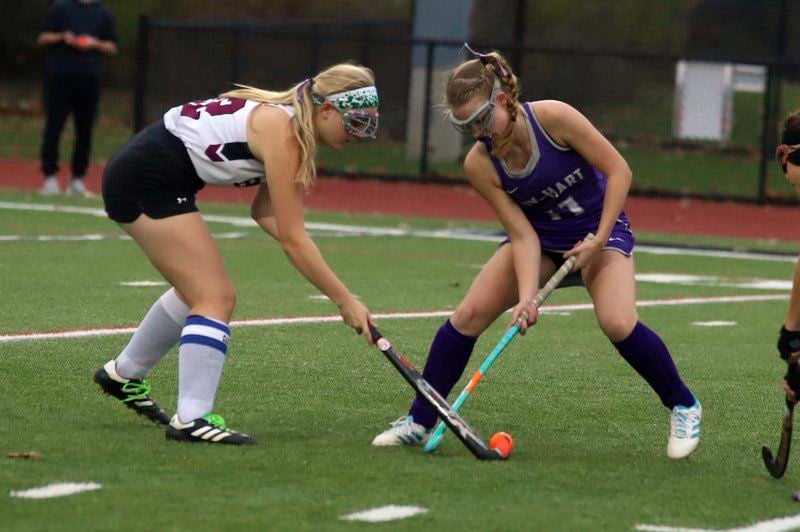 That’s the quote on the Lady Raiders’ team banner, and it couldn’t have beeen more evident Wednesday night at Clarence High School.

Barker knocked off Royalton-Hartland for the third time this season, 2-0, to advance to the Section VI Class C championship game next week. It’s been a decade of dominance for the program; not only have the Lady Raiders been in every Class C sectional final since 2010, they have brought home the crown seven times in that span, most recently in 2018.

Barker (15-3) has been spearheaded by Katrina Clare’s play all year and Wednesday night was no different. She notched both goals in the game, assisted by Lena Fazzolari on both occasions.

Clare talked about the type of mindset needed to beat the Rams for a third time this year, with two prior 2-0 wins coming Sept. 24 and Oct. 17.

“It was definitely a confident one, because we’ve played them twice. We know how they play, we know how we play against them,” Clare said.

“But we always say, ‘It’s hard to beat a team three times.’ So we were definitely worried. We knew that they wanted to come out here and win just as much as we did. So we just came out here with a strong attitude. I think we really all knew what we needed to do to get this done and we came out here and did it.”

Clare has one of the hottest hands in Western New York, totaling 16 goals and 16 assists through 18 games. She also shared the mentality she’s developed to help her become one of the area’s top offensive weapons.

“I always look to be a strong player; I feel like everyone does, obviously,” Clare said. “But my mindset when I’m on the field is I’m gonna get the ball and I’m gonna do whatever it takes to score. I love the game, I love being on the field, so when I’m (out) here I’m gonna be as passionate and I’m gonna work as hard as I possibly can, every single time.”

Barker head coach Jeff Costello was happy with his team’s early execution. The Raiders held a 14-1 corners advantage and allowed no shots on goal.

“We controlled a lot of the play in the first half. I think they had us on our heels a little bit in the second half,” Costello said. “That corner that we got in the end, and they executed it, that was a huge goal for us because I think we were kind of squeezing the stick a little bit, let’s say. But I thought that we saw the field better today, held onto the ball a little bit better today and we’re moving on. That’s the most important thing right now.”

Costello may have had a different message for any other group heading into this sectional final. But he said most of this team’s motivation comes intrinsically, with the majority of girls returning from last year’s run to the state semifinals.

“It’s not even really so much a message from me to the team. It’s really from the team within,” Costello said. “They expect to play at a high level, they expect to be at a certain spot at the end of the season and they’re focused on trying to win a sectional championship and ... we’re one step closer to that. So they’re very motivated, we have great seniors that are driven, and every game now could be their last.”

Roy-Hart (10-7-2) had another strong year in the Niagara-Orleans league but was unable to get over the Barker hump. The only notable stat from the Rams side was from goalie Mikenzie Hansen, who made four saves in the game.

The N-O league champion Lady Raiders will be fighting for a shot at back-to-back Section VI titles at 4 p.m. Tuesday at Alden High School, when they do battle with sixth-seeded Eden, which beat Holland, 2-1, on Wednesday.

For more from sports reporter Khari Demos, follow him on Twitter @riri_demos. Also, tune in to Khari as a guest on Tony Caligiuri’s ‘Inside High School Sports,’ 10 a.m. Saturdays on WGR550.