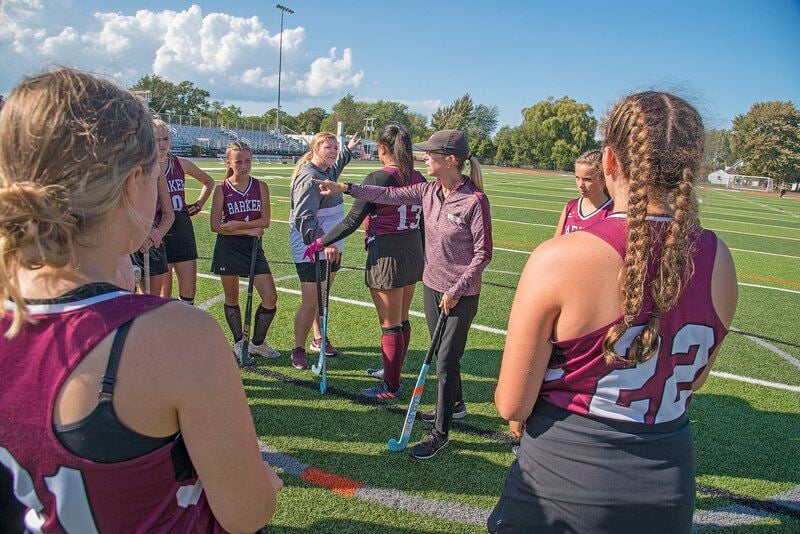 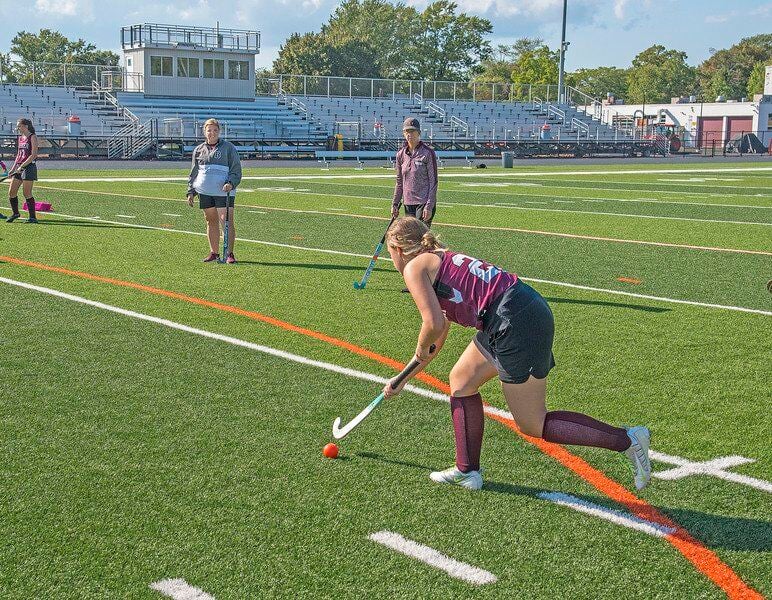 WILSON — The end result was the same, but a familiar sound was missing from the sidelines in Barker’s 12-0 win over Niagara-Orleans League foe Wilson on Wednesday.

Longtime and highly successful head coach Jeff Costello stepped down from his post prior to the season to spend more time with his family, paving the way for veteran assistants Karin Menz and Aileen Gilbert to take over the program.

Although the absence of the sounds of Costello encouraging and imploring his players to continue the attack is a bit strange for players, the familiarity of having Menz and Gilbert has made a typically difficult coaching transition an easy one.

After all, the expectations of a program that has won 16 Section VI championships — six under Costello — aren’t getting any smaller.

“Our primary goal is to be consistent because our program is successful,” Menz said. “So we’re looking for consistency and to grow our program.”

Neither coach had a desire to make drastic changes to the program upon taking over, much like when Costello initially followed Otto. And on the surface, there is not much to change in a program that has reached the Class C state semifinals in two of the last three seasons.

In fact, they both have a desire to continue having shared goals at every level of the program, including competing in camps and leagues during the offseason, while ensuring young players invest in the program to keep the machine churning.

“We know our competitors are consistently pushing their players to get better and better every year to be better and beat Barker,” Menz said. “So we want to make sure we’re pushing our own kids to better themselves each game. What can we do to improve? Because we definitely have people that want to beat us and we want to maintain our goals.”

When the team’s lone senior, Kaedynce Schumacher, learned Costello would not return for her final season, she was crushed. Schumacher wanted to finish her career with the man who developed her game since ninth grade and she wept for five minutes until Costello called to console her.

Hearing Menz and Gilbert were named successors softened the blow, and aside from Costello bellowing from the sidelines, Barker has not missed a beat. In particular, Schumacher was glad to have familiar coaches because communication was comfortable and an important aspect within the program through Costello’s eight-year run at the helm.

“If something needs to get worked on, we feel comfortable going up to the person and talking to them,” Schumacher said. “It’s like, ‘Hey, get your stick down or we need to work on this or we’re all having trouble with this.’ It all just makes the whole team more cohesive.”

The Raiders pulled out a 1-0 win over Medina in the season opener before toppling Wilson to set up back-to-back road showdowns with the upper tier of the N-O, beginning with a 2 p.m. clash with Royalton-Hartland on Saturday and a trip to Akron on Monday.

“Compared to someone who hasn’t taught or been around any of the players to someone who has been at games and practices, it was definitely more comfortable transitioning than someone we didn’t really know,” Schumacher said. “... It’s different not hearing him scream, but it hasn’t been too drastic of a change because (Menz and Gilbert) have been around.”

Despite the coaching change and losing three of its top-four scorers from a 12-2 squad last season, Barker is still intent on pursuing a league and sectional championship this fall. Defending sectional champion Akron remains the main obstacle after the teams split a pair of regular season games in which one goal was scored in regulation before the Raiders fell 3-0 in the sectional finals.

Yet while Akron has been Barker’s main rival for several years, Roy-Hart has emerged as a threat, battling the Raiders to a pair one-goal losses, including a shootout loss during the regular season a year ago. The Rams enter Saturday’s tilt having scored 22 goals in their first two games, with 10 coming from standout Cheyenne Stilwell.