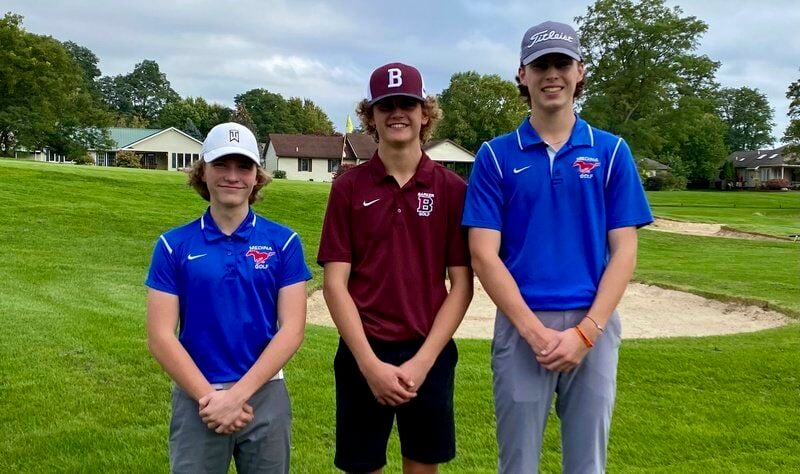 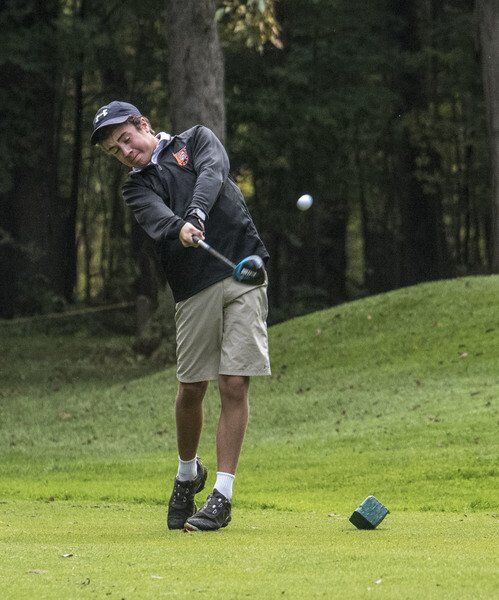 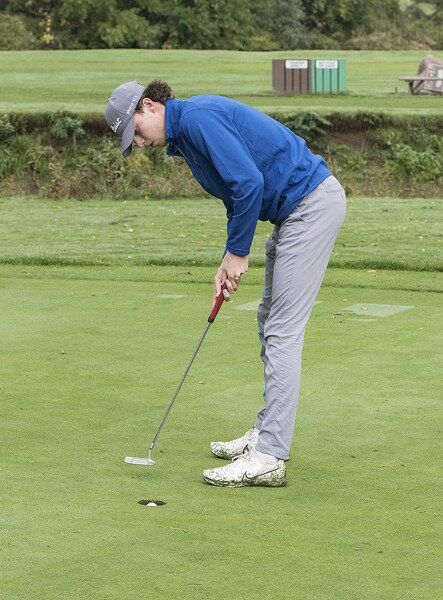 Joel Harris set a personal best and a family first with his round Wednesday at Willowbrook Golf Course.

Before he submitted his scorecard, Joel reported the results to his forebearer as Barker’s best golfer, older brother Jake, who placed in the top four twice at the N-O tournament, including third in 2018 with an 83.

“It feels good. It’s one of my career-low rounds for 18 holes,” said Joel Harris, who had nine pars and nine bogeys, carding a 40 on the front nine and 41 on the back. “Great chips, good putts, good irons. Hit 4-iron off the tee box for most holes. No crazy good holes, but no bad holes.”

Harris “made a lot of really good putts and stayed consistent,” said Lonnen, who traded the lead with Harris on the back nine and was ahead by two strokes going into the final three holes.

“I played pretty good for the most part, but missed a couple of putts that cost me at the end of the day,” the Medina sophomore said. “Joel is a very good competitor. We’ve been friends since seventh grade. So it was fun to play together, and it was good to see him win.”

Medina junior Aidan Paul, the defending champion, finished third with an 85, two strokes above his 2019 score.

Akron repeated as league champion with four players in the top 10, led by Drew Romesser (89) and Kelvin Jonathan (92), who rounded out the top five. the Tigers went unbeaten in N-O match play for the first time in school history.

Barker was the runner-up in team scoring, eight strokes back from Akron, as Lucas DerSarkissian (97) and Charles LaGreca (100) complemented Harris placing among the top baker’s dozen. Newfane placed third at the tournament but second for the season with more points from match play.

“I thought we were the second-best team the entire time,” Barker coach Rob Mucha said. “We ended up finishing third in record because we had some COVID complications. I’m very proud of my guys, overall. A lot of players had career days.”

None better than Harris.

“Joel has been getting better every single year,” Mucha said. “He came into the year striking the ball well. He got a little inconsistent here and there, but ended strong here. I knew he had this in him, and am happy that it came out at the right time.”