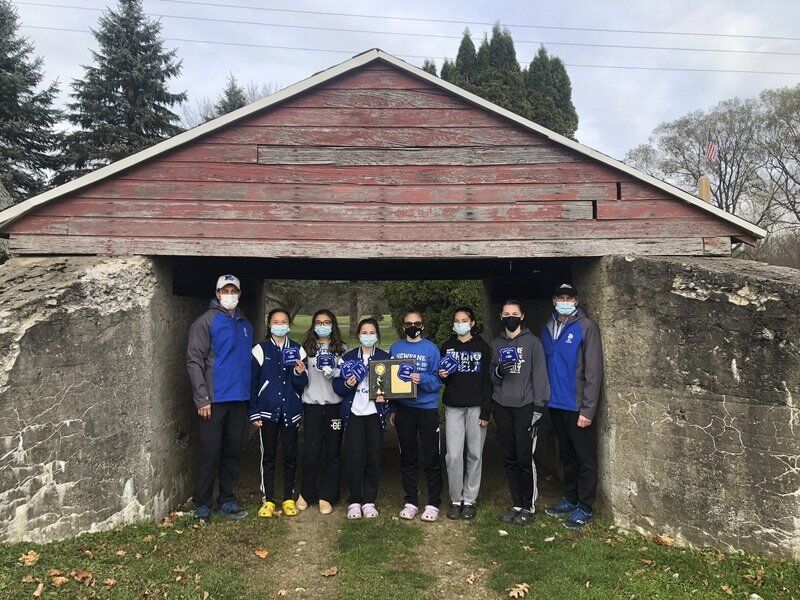 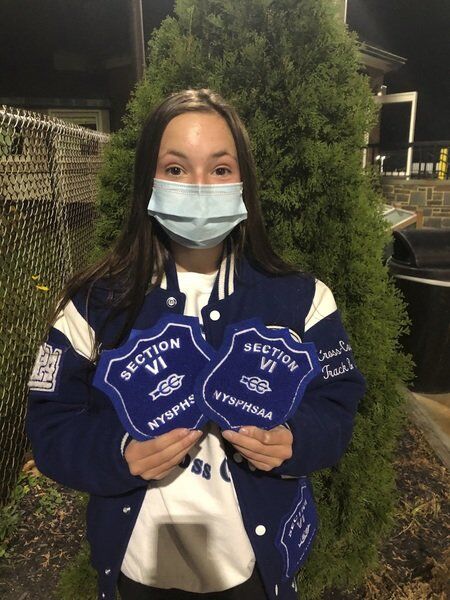 BEMUS POINT — Newfane's Lady Panthers seem to have a stranglehold on Section VI, as they claimed their fifth consecutive Class C-1 title in Saturday's cross country championships at Bemus Point Golf Club. Leading the way was freshman Kylie Bowman, who wraps up the 2020 season undefeated as the individual C-1 girls champion.

Bowman finished the the 5,000-meter run with a 19:45.27 time, 16 seconds ahead of Springville's second-place Kristen Melnik. Bowman was not alone, though, as teammates Leah Siegmann and Catalina Ersing also finished in the top 10. Siegmann placed third with a run of 20:31.99 while Ersing recorded a 20:55.63 time for sixth place.

In just her second season on the varsity, Bowman has stamped her name as one of Section VI's finest. The 2020 Niagara-Orleans League girls champion is set up to rewrite Newfane's already historic record book.

"Well, I'm really excited because she's motivated and she's hungry," said head coach Michael Heitzenrater. "And those things go really far in cross country because when you have somebody who's talented, who puts in the work, you get the results like we're getting with her."

As much individual success as she's had, Bowman was impressed by her team's overall performance. She was thankful to even put together the run she did, knowing how tough Bemus Point's course can be.

"I just had to go extra hard at that course knowing it was my first time running on it," Bowman said. "So with everyone's support from the team, my family, I just knew no matter what happened, as long as I crossed the finish line they'd be proud."

She added: "The future holds a lot. I want to get my time down, obviously, and just practice more with the team, and just stay together as a team and a family, and just go out there and kick butt again."

The first athlete to finish a season undefeated under Heitzenrater's watch, Bowman really was the catalyst for a dominant team. Following behind her, Siegmann and Ersing, Sarah Siegmann and Shelby Nerber respectively placed 12th and 13th with times of 22:50.35 and 23:00.59.

This all came with the Lady Panthers being down to just six runners, with Taylor Heschke and Marina Ersing quarantining due to contact tracing.

"Our girls just stepped up and did it for their teammates," Heitzenrater said. "... It was a season that I'll never forget and it's hopefully one that I'll never have to go through again, at the same time. I'll always remember it, but don't want to have another one like it."

The pandemic didn't come out undefeated, though. This will be Heitzenrater's first fall not competing in the state meet in half a decade. Following a state title win in 2016, the Lady Panthers had three more top-three finishes over the past three seasons.

And looking at this year's group, Heitzenrater has similarly high expectations. The Lady Panthers will return each of their runners who competed in this championship event next fall.

"To see what our teams have done over the years, this team time-wise is built, with all of our runners, almost identical to the team that our girls won the state with," Heitzenrater said. "We'll never know what would've happened, but I would almost 100% guarantee we'd have a top-three finish in the state meet this year."

Although the girls stole the headlines, the Newfane boys performed admirably with 58 points and a third-place finish. Nick Baes headed the group, placing fifth with a run of 17:33.