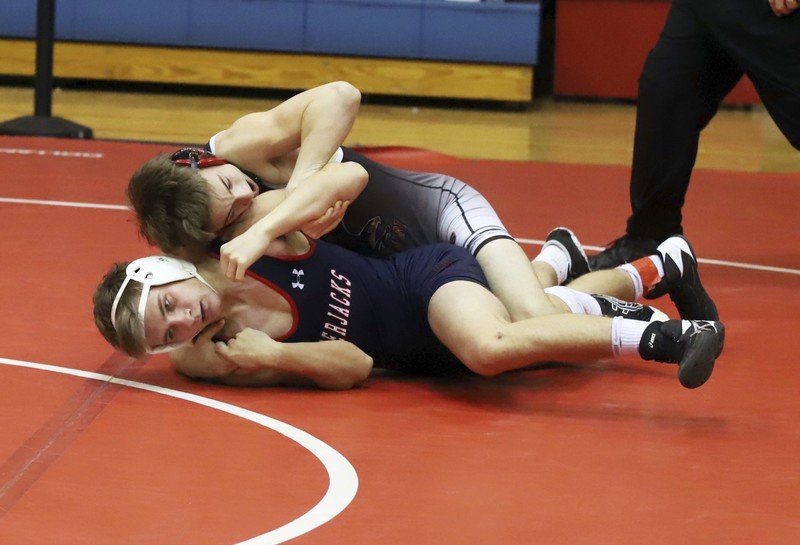 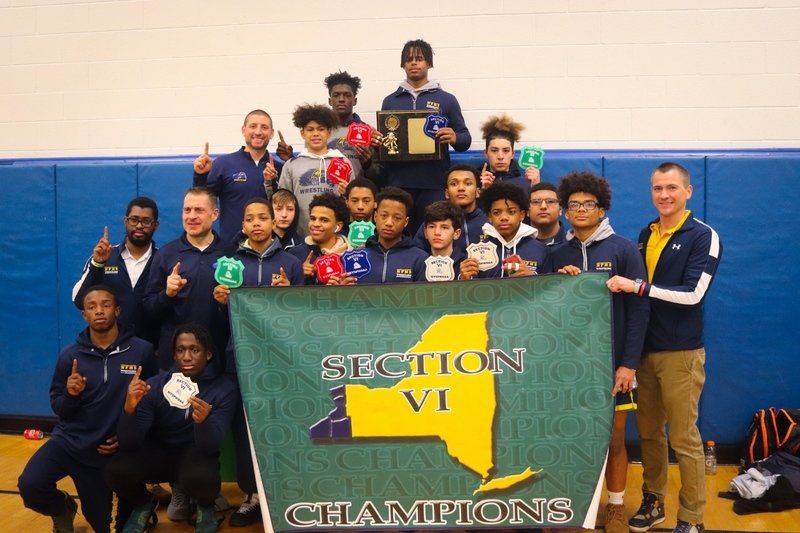 NORTH TONAWANDA — Saturday afternoon had some of the most significant wresting performances we may see all season.

The Section VI Class Tournaments took place all over Section VI, with Williamsville South hosting Class AA, North Tonawanda the home for Class A, Cheektowaga with Class B and Falconer the haven for Classes C and D. Our local programs had loads of success in the events, with Niagara Falls (AA) and Niagara Wheatfield (A) earning Section VI class championships.

The Falcons had two individual winners with all-time program wins leader Justin McDougald taking the 138-pound bracket by a first-period pinfall and Tremell Mathews with a buzzer-beating decision over Starpoint’s Dylan Lyness at 113. GI had a load of championship performers though, with Brian Bielec (160) Adam Daghestani (170), Blake Bielec (220) and Jack Randle (126).

Blake, the older Bielec brother, had the unique draw of wrestling teammate Gavin Larsen in the championship bout. Blake mentioned how Larsen gave up the pin in the end, in hopes of catching NW for the Class A crown. The senior believes his path on Saturday should prepare him for next week’s Section VI Wrestling Championships and Annual State Qualifier, in hopes of earning another trip to the state tournament.

“(I’ve gotta) just keep grinding, I treat every match like it’s gonna be a hard match,” Blake said. “Just keep grinding in the room. All my hard work’s gonna pay off, I know it.”

Vikings head coach Craig Hoplight was very pleased with the team’s efforts, saying how he is hoping for a similar performance in the next weekend’s state qualifier tournament with 10 of his kids moving on to the Division-I (large school) event.

With his four class champions cementing their status ahead of the state qualifier, Hoplight is confident in the matchups that GI possess coming in.

“We have four kids that might be considered favorites in the section and we’re gonna roll the dice on a couple of those,” Hoplight said. “A couple of those it should be easier matches, so it’s gonna be a tough weekend no matter what, we’ve all gotta show up. So I’m pretty excited about that.”

Other Class A champions include NT’s Camerin Holmes at 195, Starpoint’s duo of CJ Uptegrove (106) and Gage LaPlante (99). With Class A being our deepest tourney with four local schools, here’s a list of kids moving ahead to next weekend:

As for Classes AA, B and C, here’s how things played out:

The Wolverines had two wrestlers win individual AA titles, with Amarfio Reynolds taking the bracket at 106 and the Falls’ all-time wins leader in Willie McDougald at 145. McDougald knocked off No. 10 state=ranked Aiden Robediu from Clarence, en route to being named the tourney’s most outstanding wrestler.

There was just a lone winning representative from our schools here, with Lewiston-Porter’s Caden Barrientos getting things done at 99. Barrientos was also the only member from a local program to advance to the championship round, securing his spot in the Division-II (small school) state qualifier.

Newfane had another strong showing as well, placing second in the tournament behind four champions coming in the heap of Class C and D wrestlers. Andy Lucinski (106), Adam Huntington (113), Ryan Nugent (145) and Jaden Heers (285) all punched their tickets to theD state qualifier to solidify what’s already been a strong season for the Panthers.

There were a few other names that clinched spots in the D-II state qualifier as well:

The D-I state qualifier will be held on Feb. 15 at Starpoint, while the D-II event takes place at Southwestern. Both tournaments will begin at 10 a.m.

Follow sports reporter Khari Demos on Twitter @riri_demos. Also, tune in to Khari at 10 a.m. on Saturdays on WGR 550’s ‘Inside High School Sports,’ as well as the ‘Greater WNY Sports Connection’ podcast, a collaboration with Jon Simon and WNY Athletics.