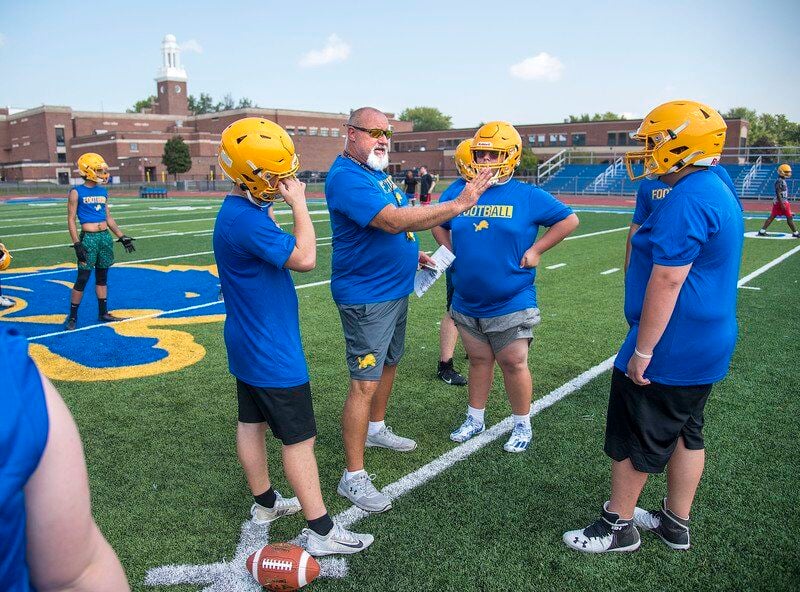 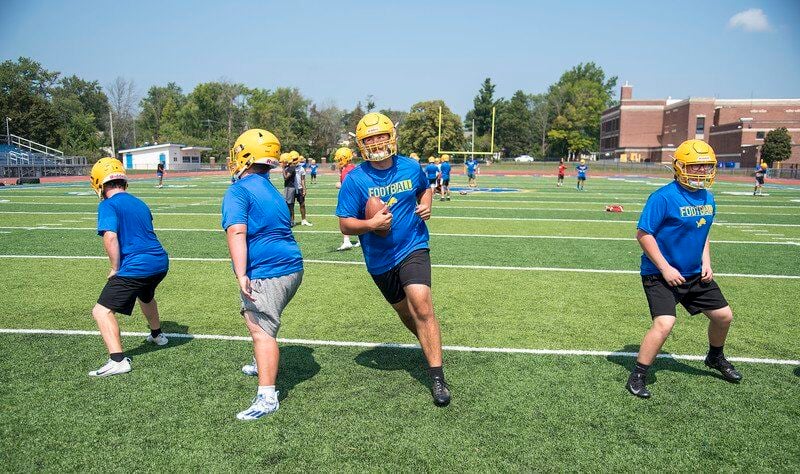 James Neiss/staff photographerLockport running back Nino Molinaro carries the ball while going through plays during the first day of practice Monday at Max D. Lederer Field.

James Neiss/staff photographerLockport running back Nino Molinaro carries the ball while going through plays during the first day of practice Monday at Max D. Lederer Field.

LOCKPORT — Not long ago it would have been laughable to predict Lockport High School would post a winning record on the football field, let alone run the table.

Now those people can laugh at their own peril.

The Lions recorded their first winning record since 2012 last season after closing with three consecutive wins, and the progress has head coach Trait Smith believing his team can go 8-0 during the regular season.

Lockport’s three wins were not enough to make the Class A playoffs during a COVID-shortened spring season, but the total eclipsed its win total from the previous three seasons combined. Smith, who is entering his third season at the helm after spending more than 20 years as an assistant, believes character and continuity can be attributed to the turnaround.

“I think the kids have started to learn that I’m a tough old man and I’m not going to deal with garbage,” Smith said. “I tell them I just adopted 80 new kids and I’ll do anything as long as you do your part as a family member. In the 25 years I’ve been in this program, two players have gone to the NFL. I’m building men of character.”

Lockport is rarely lacking athletic playmakers, but Smith believes the difference this year is a more team-first attitude among the players. Jason Green Jr. is entering his third season as the starting quarterback and threw six touchdown passes to help the Lions average 40.7 points per game in those final three spring wins.

Green will have no shortage of weapons yet again, particularly with tight end Logan Wendt. Nino Molinaro has shifted to running back and will share carries with Jaheim Clayton. Back on the outside is receiver Matt Schaffert, who ran the anchor leg on Lockport’s Section VI-winning 4x100 relay team.

Even with plenty of targets and carries to be shared, don’t expect the Lions to get frustrated if the coaching staff decides to feed the hot hand in a particular game.

“There’s a lot less selfishness now,” Molinaro said. “... I’d like to carry more, but I’m a team player. When I’m called upon, I’ll step up and carry the ball. If I need to block, I’ll block. I’ll do whatever I need to do.”

Lockport opens the season on the road against perennial Class AA powerhouse Lancaster at 2 p.m. Sept. 4, but Smith’s confidence in being able to go unbeaten during the regular season was echoed by the players, who are eying a Class A sectional championship.

“It would be awesome to finish off my senior year with a sectional championship,” Wendt said. “It would be amazing from where we started to where we are now.”