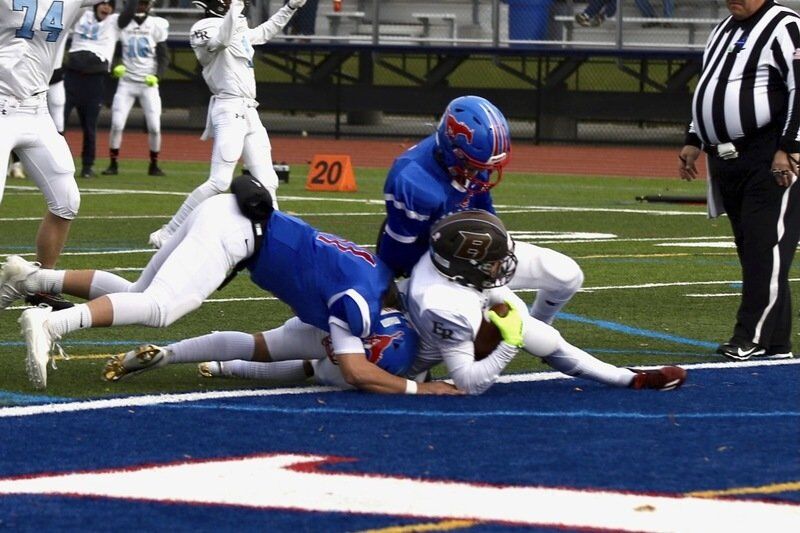 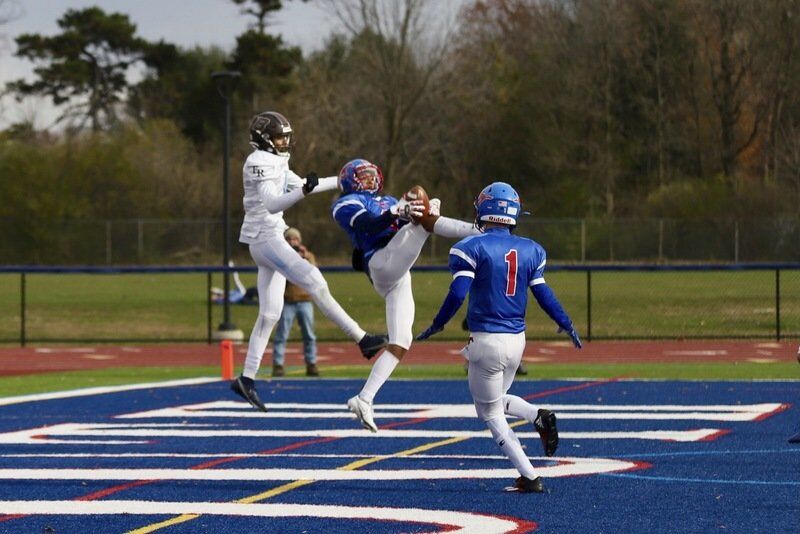 Setting a school record with 11 victories this fall and winning two Section VI championships in 2021, the Mustangs’ state title run was stopped by a 26-24 loss to the combined team from East Rochester/Gananda on Saturday at Williamsville South.

“My heart goes out to our seniors,” said Eric Valley, the Mustangs’ 12th-year coach. “They played phenomenal football over the past two seasons.”

Entering the day ranked No. 1 in Class C by the New York State Sportswriters Association, Medina was playing its first Far West Regional game, as there were no state playoffs following their previous sectional title victories in 1988 and last spring.

“It’s more than we’ve ever done before,” senior quarterback Xander Payne said. “But it doesn’t change the fact that we are still upset. We had more in mind. But we couldn’t get it done today.”

Payne, a Connolly Cup finalist, was 14 of 19 passing for 261 yards and a touchdown, raising his Medina record total to 22 TD passes on the season.

Noah Skinner rushed for 71 yards and three touchdowns on 11 carries. Greg Thompson had seven receptions for 124 yards and a touchdown, along with two interceptions on defense. Jarin Rhim caught four passes for 73 yards. Chris Johnson made six tackles, two for lost yardage.

Medina bounced back from fumbling its first snap and falling behind East Rochester/Gananda, whose ball control offense limited the Mustangs to 12 offensive plays in the 6-6 first half.

“Our team has heart,” Payne said. “We didn’t come out on top today. But we kept fighting no matter how many points we were down. We didn’t give up.”

The Mustangs matched touchdowns with the Section V champions ranked fifth in the state in Class C, and their 24 points were the most scored against East Rochester/Gananda (12-0) this season.

The difference came on special teams and point-after tries. Kicking into the crossbar following its first touchdown, Medina went for 2 on its next three chances, but could not convert.

“We have typically been pretty good at it,” Valley said. “Last week, we had six or seven 2-point conversions. We’ve been able to count on them for the most part. But they stepped up and did a great job defensively against us.”

The Bombers’ dive for a deuce after their fourth touchdown accounted for the final margin of victory.

Medina also allowed a kickoff return touchdown and poor punt coverage put the Bombers on the doorstep for another score.

“The breaks didn’t go our way,” Valley said. “East Rochester played a helluva game. They kept the ball away from us, they made us uncomfortable. They made the plays when they needed to. And we didn’t.”

The Mustangs did make their share of plays, however.

Payne connected with Rhim for a 65-yard gain that set up Skinner’s 5-yard touchdown in the second quarter.

Thompson kept the score tied with an interception in the end zone to thwart an 18-play drive in the last minute before halftime.

A second interception by Thompson led to Skinner’s go-ahead run in the third quarter.

Thompson had a 39-yard reception on a 69-yard drive capped by the third TD run from Skinner, his 11th of the season, putting Medina up 18-12 before ER/G’s tying kickoff return going into the fourth.

Payne found Thompson for a 10-yard touchdown with 7:45 left to play, but miscommunication on the failed 2-point pass that followed proved costly.

Medina's last chance came when it took over at its own 14 with 2:44 remaining. But the Mustangs turned the ball over on downs, then watched the clock run out on their state title hopes.