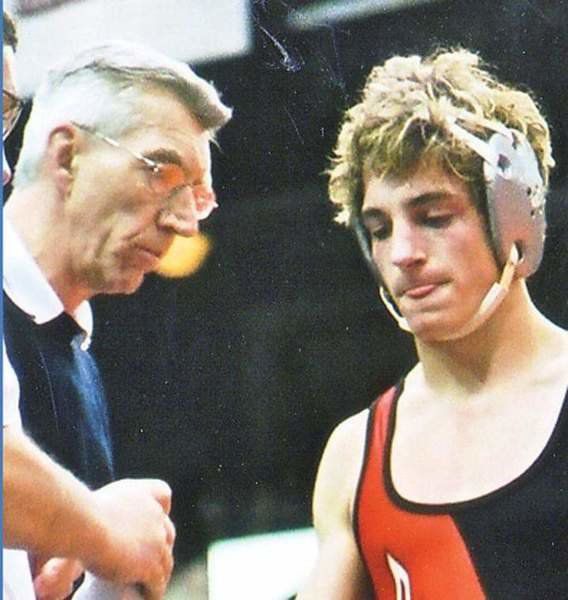 Former Newfane wrestling coach Dick Lang is pictured with three-time state champion Ryan Needle during their shared time with the Panthers at the turn of the century. 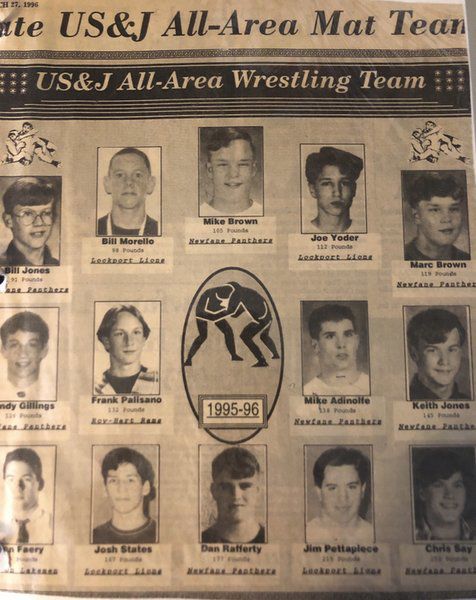 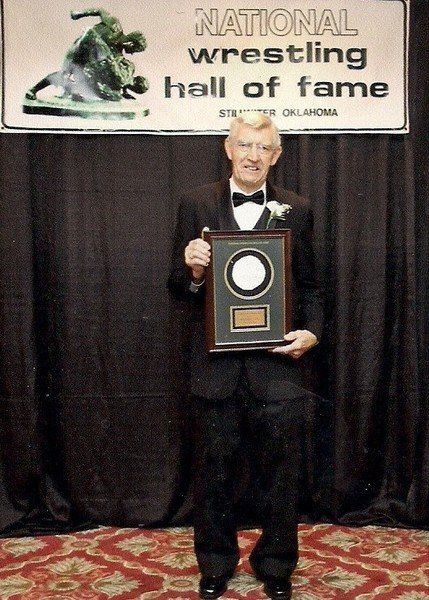 Former Newfane wrestling coach Dick Lang is pictured with three-time state champion Ryan Needle during their shared time with the Panthers at the turn of the century.

Newfane wrestling is no stranger to success.

The Panthers are on a run of seven consecutive Niagara-Orleans League titles. They claimed four individual Section VI championships this season, with one grappler — senior Jaden Heers — earning a state title.

A stretch like this would be a peak for most programs, but Newfane wrestling is not most programs. The current Panthers are still chasing the lofty standard set by their predecessors.

Newfane won nine straight N-O titles in the 1990s, sending group after group to states. It was honored as Section VI Team of the '90s by the Section VI wrestling committee, and its members still loom large across Western New York today.

Coaches Dick Lang, a 2010 Section VI Wrestling Hall of Fame selection, and Doug Ames began the decade as the No. 1 small school program in 1990-91, with emerging N-O champs coming down the pipeline.

Gillings' nephew, Aidan, continues the family wrestling lineage this day, as he made the 2020 NYSPHSAA tourney as a sectional champ.

Dawson and Gerhardt would grab the headlines, becoming state reps. Dawson, a five-time Section VI champion, competed at 132 pounds and placed fourth in the 1991 NYSPHSAA tournament.

Dawson would eventually move to New Jersey to become a varsity head coach before coming home to join Clarence's staff as an assistant. Gerhardt may also be familiar to those in the area, as he served as a Niagara County sheriff before a car accident while on duty cost him his legs. He's since moved to South Carolina.

Hinkley is not far from Gerhardt in North Carolina, settling down there after serving as a pilot in the United States Air Force and Federal Aviation Administration.

The mid '90's saw a quartet of Panthers represent Section VI at states: Jeff Kingsbury, Tim Fallon, Dan Rafferty and Keith Jones. Having four state reps from the same team was remarkable for this era, too, when divisions I and II (large and small schools, respectively) competed in the same bracket.

Jones is still very active on the local wrestling scene as the head coach for Salamanca. The former 126-pounder was a two-time state rep and finished as high as fifth overall.

Bo King, Tim DeGlopper, Chad Bisher, Alex Benson, Shawn Cleveley, Jeff Sherman, Mike Rann, Erick Gunio, Don Merritt and the Jennings brothers, Mike and John, may not have been household names on the outside, but they helped fill the backbone of the Panthers' program.

As a team, the Panthers went undefeated in all their dual meets in the 1993-94 season and were again the No. 1 small school in Section VI. Newfane captured Section VI's small school crown in '97, too, following a runner-up finish in '96.

The decade would end on a high note, closing out with who many regard as Newfane's best wrestler of all time, Ryan Needle. Following in his cousin Ray's footsteps, Ryan would go on to earn four trips to the NYSPHSAA tournament, winning his first of three state titles to close the decade (at 96 pounds in 1999, 132 in 2002 and 140 in 2003).

The Section VI Hall of Famer was a six-time sectional champ, placed four times at states, had an impeccable 48-0 senior season and closed his career with 240 wins, a program record that still stands.

Needle would open things up for guys like Stopa, Steve Lakes and Brad Martin to carry the torch, before they came back around to coach.

Stopa went on to become a three-time Class AA champion and placed second at states in his senior season. He had a brief stint as a mixed martial arts fighter before setting his sights on the Pan American Games. The 2004 Section VI champ also helped out as an assistant for rival Royalton-Hartland during its strong run in the mid-2000s and he still holds private lessons for some of Newfane's finest.

Lakes had over 150 career wins during his tenure from 2007-12. He was an N-O and Class B champion and currently works with the modified program. Martin, a two-time N-O champion, is still involved with Newfane's youth program as well.

Current head coach Matt Lingle was a part of those '90s rosters, representing the Panthers from 1994-97. Carrying the winning tradition and coming back to coach means the world to him.

"Like I've said before, I owe the program. It changed me as a student, it changed me to be more mature, to take something seriously — I've gotten jobs because of it," said Lingle, who coached his sons, Simon and Alan. "The networking you can do from it when I was helping out in youth and things, it's just like ... it's amazing. I think sometimes I sacrifice other things in my life because I feel like I owe it. And then the pride I have and the pride the community has for anybody who has wrestled is just great.

"You walk around Newfane, and everybody knows who's a wrestler, and it's a like a good, tight-knit fraternity of us. It didn't matter if you were good or what, you're one of us, you know what I mean? I think it's really great to be a part of that kind of atmosphere wherever we (go)."

Mike Brown, who wrestled from 1994-98, is now in the role of mentor with Newfane's youth program. Lingle credited Brown as to why Newfane's high school program still succeeds, giving the Panthers a foundation to build upon.

At this point, it'd be an understatement to call Brown a Newfane wrestling lifer.

"I started in kids club in fourth grade ... I've never left wrestling since ... I did modified, varsity, college, and then right into youth wrestling, you know, help coaching that," said Brown, who was a three-time individual N-O winner and Class C champion. "And this is my 21st or 22nd year doing that. It's like I've never left, but it's cool because I've coached long enough where I have kids that are now parents of kids.

"So I kind of went through a generation, which is totally weird to see, just at my age alone. I couldn't imagine Coach Dick Lang and Doug Ames."

Brown made it a point to laud Ames as well, highlighting the tandem of Ames and Lang as what made those '90's teams so strong. Ames was doing this on top of creating strong programs with golf and softball as well, and went on to serve a lengthy stint as Newfane's athletic director.

The groundwork they set together is what makes the program what it remains as today.

"You get (Edward) Fitzsimmons, which kind of set the pace, but it was just a lot of everything brought up is because most of the kids that did well, just like now," Brown said. "They started at a young level and Newfane always had a group of kids that wanted to wrestle."