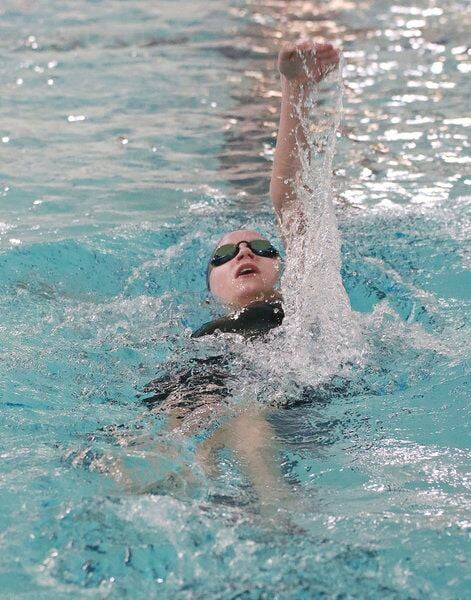 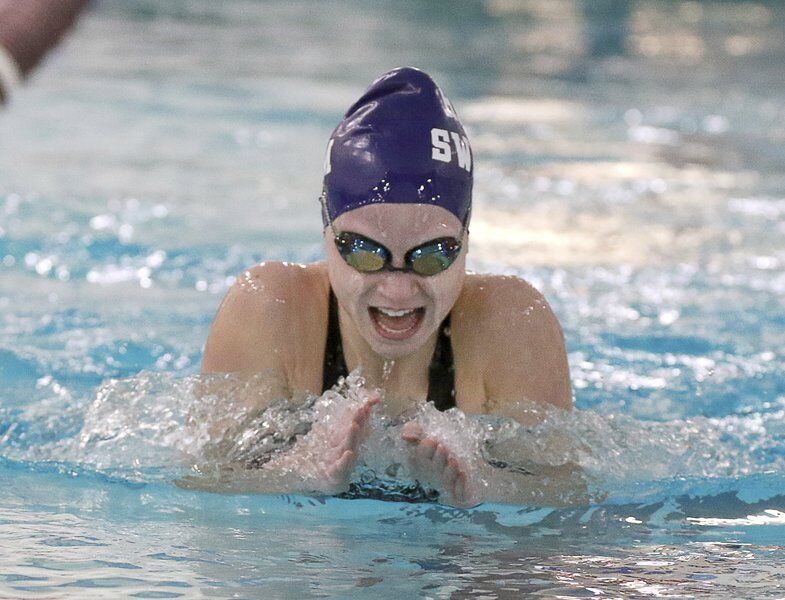 ROYALTON — It may not have been a packed house, but Royalton-Hartland fans got to see Mandy Hill put on another show.

With several parents and spectators in attendance at respective schools for the first time this season, the Niagara-Orleans League girls swimming championships were held virtually Wednesday, following in the lead of the boys side from Monday. The event was another grand statement for Akron, as the Tiger Sharks built off their 10-0 league season with nine preliminary wins in the meet’s 11 events.

Roy-Hart’s saving grace was Hill, as the junior recorded two times that would constitute wins for the moment. Due to Newfane being on a COVID pause, the Panthers will record their times next Thursday to cement the championship meet’s final results.

The junior believes that she and the R-H girls were able to improve tremendously throughout the season, despite the extenuating circumstances due to COVID restrictions.

“I think a lot of us are happy with the accomplishments we were able to make in such a short amount of time,” said Hill, as the Channel Cats finished 8-2 in the N-O, placing second behind Akron.

“I personally wish I could’ve done a little bit better, but with our circumstances, I think everyone’s pretty proud with themselves and their achievements because of obviously not being able to go to other pools. Everything’s the same at every meet.”

Despite it being a smaller number of spectators than years past, Hill enjoyed the environment at Roy-Hart for her final meet of the season.

“It was cool to see new faces in the stands and just be able to hear your parents cheering for you,” Hill said. “ ... It was a little bit of a different energy than we’ve been used to because it’s been so repetitive and everything, so that was really nice. And also, my parents not having to deal with technical difficulties (on livestreams) and everything.”

Roy-Hart assistant coach Lindsey Yates was enthused with the 8-2 season her girls had, despite things going so quickly since hitting the pool Jan. 18.

“I’m just really proud of all that they’ve done, they worked really well together. Especially this last meet, it proved,” Yates said. “We had so many best times overall. So they’ve worked hard, practices are quiet, but overall they really put the work in behind the scenes. So I think that they deserve what they got tonight.”

Raychel Dunker and McCarthy Lang are the only two seniors on this season’s roster, so Yates anticipates a solid group returning, with Hill, Brooke Livergood and Molly Russell heading the team as seniors for the Class of 2022. The hope is that the kids can reach out throughout the school to find “secret swimmers” who could compete for next year’s roster.

As mentioned before, Hill will be the swimmer to keep an eye on, as she already has several Roy-Hart and N-O records in the 200 free, 200 IM and 500 free, the Channel Cats’ all-time mark in the 100 fly and she was a member of the program’s record-breaking 200 medley relay, 200 free relay and 400 free relay teams.

“She’s been a top swimmer for a very long time. When she was in seventh grade, she was that tiny kid that everybody was like, ‘Where did this person come (from), out of nowhere?,” Yates said.

“She’s leading the charge. I’m sure she’s set a lot of high goals for herself for next year and I’m excited to see what she does. She really puts in a lot of work with club swim. Behind the scenes, she does all the exercises and all that fun (and) everything else, so I think she’s gonna do big things next year.”