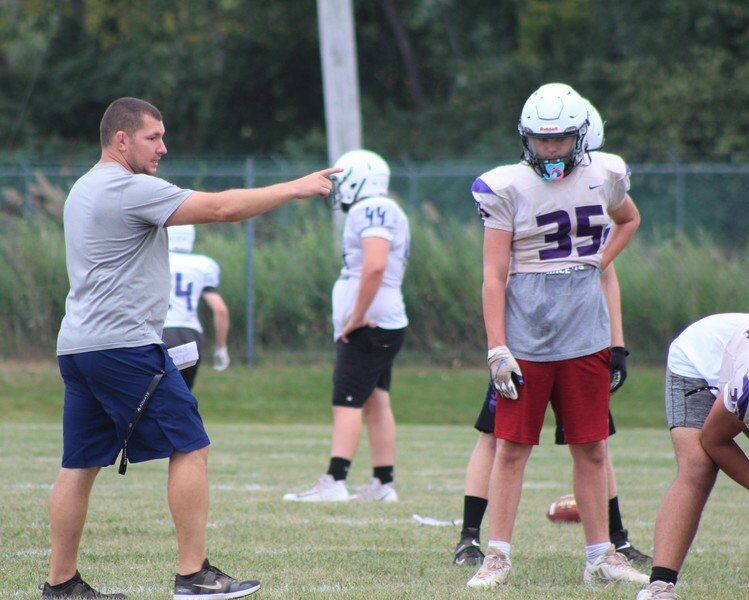 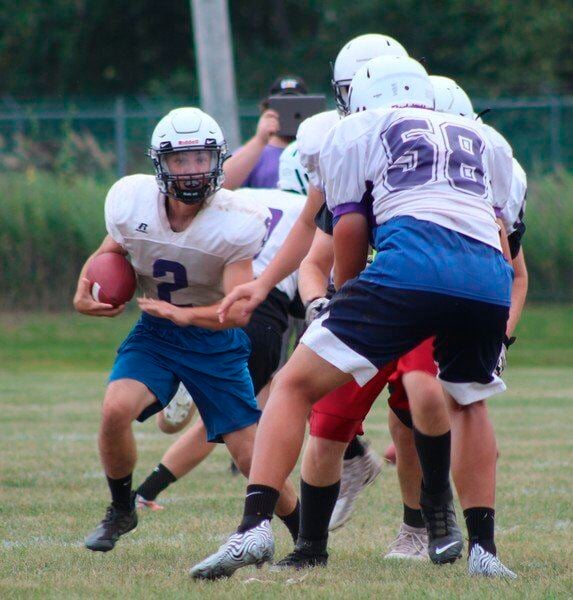 Nick Sabato/staffRoy-Hart/Barker/Lyndonville running back Brandin Allen (2) looks for a hole during a practice Thursday evening in Middleport.

Nick Sabato/staffRoy-Hart/Barker/Lyndonville running back Brandin Allen (2) looks for a hole during a practice Thursday evening in Middleport.

He has done it so frequently that he thinks it might be his calling.

As a player for Pembroke in the early 2000s, Suhr witnessed a massive overhaul of a once-woeful program. After graduating from St. John Fisher College, Suhr started a semi-pro football team in Lyndonville and eventually turned the Akron and Lyndonville wrestling programs into league champions.

His next rebuild is a daunting task, however, entering his second year as the head coach for Roy-Hart/Barker/Lyndonville as the team returns to 11-man football after a one-year stint at 8-man.

Roy-Hart and Barker have had an on-and-off relationship since first merging as a co-op program in 2011. Barker’s once football-proud tradition faded as numbers dwindled and the schools broke away after the 2017 season.

“I’ve never taken over a team with a winning record and usually I’ve taken over teams that didn’t have a win the year before,” Suhr said. “... The first year everybody tries to fit in and get across the expectations. The second year is building on that, figuring out your core, who’s there for the right reasons and who’s there for the long haul. Year Two, there’s kind of those growing pains, where kids aren’t used to being successful and the expectations that come with consistently being where you want to be.”

The Silverbacks are anticipating nearly 90 players in all three levels of the program this year and will compete in Class B North. It is a drastic jump from the initial stages of the merger, which saw 13 Roy-Hart kids returning from the varsity or junior varsity squad and six such players from Barker and Lyndonville combined.

Suhr intended to begin recruiting players from the three schools to come out for the team when COVID-19 hit and was unable to do much with the program until it was announced the spring season was going to begin. The Silverbacks had 30 players on the varsity (10th through 12th grades) and 50 players on the modified (seventh through ninth) last season.

“The plan was to go one year of eight-man, maybe two,” Suhr said. “We were going to have these guys and these guys were going to have to play 11-man for us. So a lot of it was creating terminology and roles in eight-man that would project to 11-man. There’s some tweaks in assignments, but position names and numbering systems we kept pretty flexible. I didn’t want to do something for one year and have the kids completely confused.”

Suhr, who previously served as an assistant at Medina, will find out what his players can do for certain when the Silverbacks open the season on the road against Albion at 7 p.m. Sept. 3, but he has no timetable on when they can become competitive in Class B.

Due to COVID-19 limitations, Suhr considers this Year 1 1/2 rather than Year Two. He also referred to his experience coaching the Akron wrestling program, which had gone years with a Niagara-Orleans League win prior to his hiring. The process moved slowly, but by the third season, his Tigers were league champions.

“I’ve had years where the first- and second-year records look almost identical, but there’s a huge growth the next year and it’s set to show in the record,” Suhr said. “... We’re making those gains. Looking at our schedule, looking at some of the matchups and looking at some of the kids in the room, I think we can get there quicker but there’s always variables and things that pop up.”