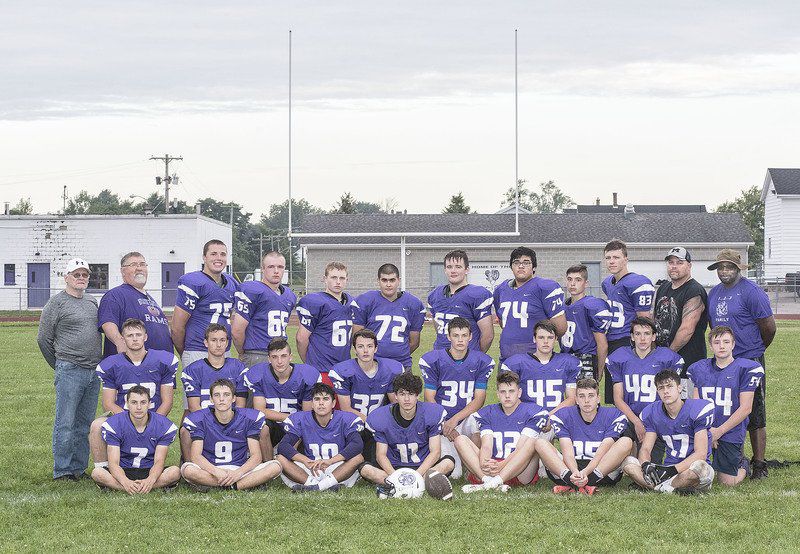 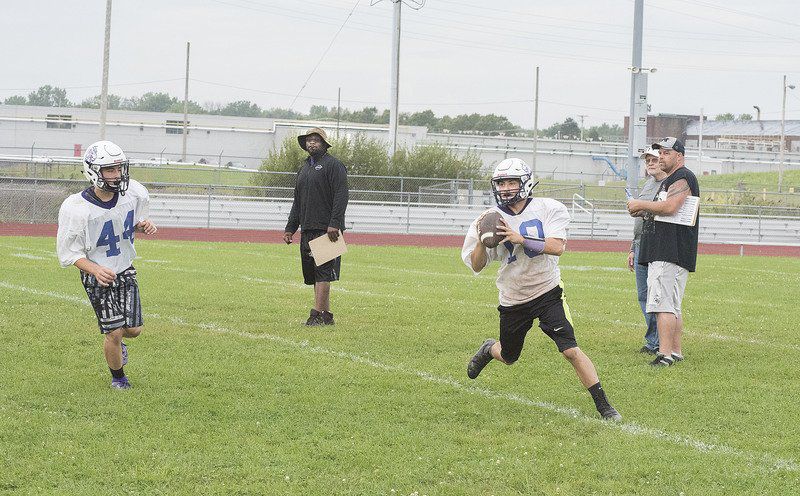 MIDDLEPORT — There’s only room to go up following a season with no wins. But for Royalton-Hartland, you would never guess this was a group coming back from that purgatory.

The Rams suffered a downtrodden season in 2018. With an 0-8 record, Roy-Hart was unable to bring head coach Marcus Wyche’s tenure in on the right note. A big piece of that was the split that cost the team several players and ties with another program.

From 2011-17, the Rams were a combined program with the Barker Raiders. They initially had success as a member of Section V’s Genesee Region League, where they would go on to win the league title in 2011 before they would join Section VI’s Class B the following year. The lack of numbers was a major piece in the split, with Barker sending fewer and fewer players over time.

With last season being the first without their Raider teammates to fill out the roster, the Rams dropped down to Class C and had trouble with numbers as well. At points they were barely able to field enough for a team, just hitting the Section VI minimum of 16 players to be able to play in a game.

The team seems to be in a much better position this year, carrying 27 players on the roster. With a year under his belt, Wyche has been able to put his arms around the program and is building up the kids with more than X’s and O’s.

“The biggest thing I tried to focus on to get these kids to improve is to bring out the heart in them,” Wyche said. “Let them know that if they play with everything they’ve got in their heart, that whatever the outcome of it will be, will be just fine. Because your heart is the biggest thing you rely on for the win or the loss.”

Wyche feels that even if you lose a game but you put your all into the effort, then he sees it as a win his eyes. He believes the respect that comes with leaving it all on the line is key, which he wants to instill in the kids to build their confidence.

An unforeseen hurdle for the program was the loss of arguably the team’s most complete skill position player, Mark Sanders Jr., three days before the start of training camp. Sanders will be suiting up for Section V’s Notre Dame High School this fall.

But Wyche was not as bent out of shape as you would expect, due to the fact that in losing one playmaker, his team gained three others. He still considers Sanders as “family,” but he sees the prospects that Jordan Terwilliger posses in taking over as the lead back. He will be running behind fullbacks Chris Graham, Mike Burrows and Noah Draper, who is back for his second straight season on the varsity.

One of the unique opportunities that came the Rams’ way during camp was getting to have a joint practice with Lockport High School. Wyche is also a Lockport native and worked with the Lions as an assistant coach during the 2015 and 2016 seasons.

Despite battling with a bigger group from a Class AA program, Wyche was more than delighted by what he saw his kids putting on display.

“I saw a lot of heart. I’ve got an eighth grader, Josh Hahn, on my team now as varsity,” Wyche said. “The amount of heart that he showed against those offensive linemen at Lockport was tremendous. The whole sideline, from our sideline (and) from Lockport’s, was giving him a standing ovation. Just because he kept working. He was going up against (kids that were) 6-foot-4, 330 (pounds) and (was) just outworking them, just simply outworking them.”

His kids may have known that they weren’t as big, as strong or as fast as the Lockport kids, but Wyche was so encouraged because his kids never backed down and want to get even more work in with the Lions. He strongly believes that if the kids take this mindset into any game, they should bring home some W’s this season.

Two of Roy-Hart’s biggest leaders will be the big fellas up front, offensive guard Ed Hahn and left tackle Jacob Palmer. Just like his head coach, Hahn took great pride in how he and his team looked in the joint practice.

“I thought it was a great chance to see some great opponents,” Hahn said. “And they were tough and ready to hit but so were we. And we were very grateful to have that chance of practicing with Lockport.”

Hahn also sees the improvements the team has made and the formula that will help them take the next step.

“Better communication on each side of the ball, winning up front and everybody getting along will improve our chemistry, which will help,” he said.

Palmer has taken note of the changes the team has made as well, particularly in the attitude that he and his teammates are bringing in.

“I think our team’s attitude has changed immensely from last year,” Palmer said. “Last year, once we started losing, the attitude was, ‘Well we’re gonna lose another one,’ and even though the beginning of our schedule is tough, I don’t see us getting down like that again.

In other words, last year we had a losing attitude and I just don’t see the same happening this year. Everyone has the ‘pick your brother up’ attitude, which just wasn’t the case last year.”

Berniece E. Raff, known to her friends as "Bernie", a long-time resident of Royalton, NY, recently of North Tonawanda, NY, passed away January 15, 2020, at the age of 73 years. She was born on April 30, 1946 to Ethel (Bedford) and Elwood Duchow in Medina, NY. Bernie attended Royalton-Hartlan…