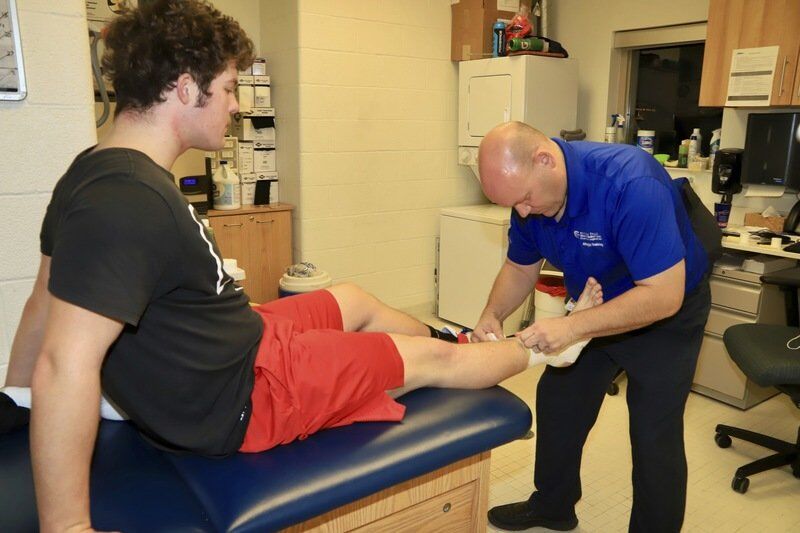 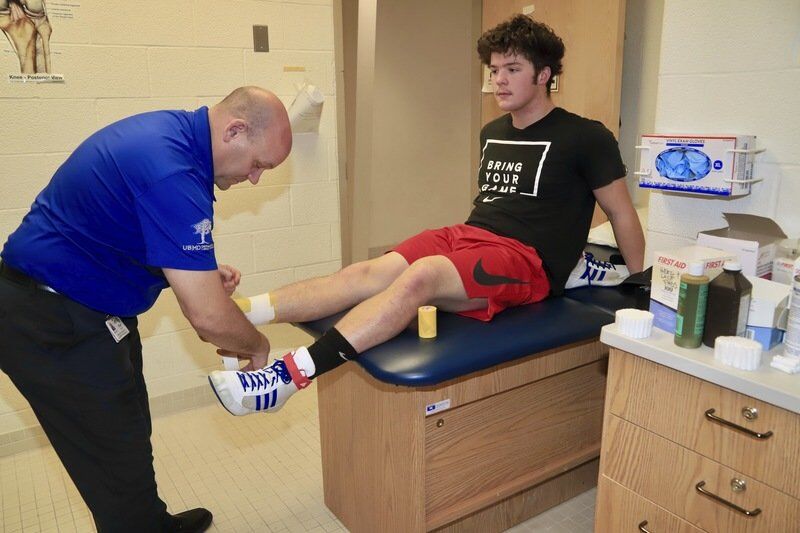 When Tony Surace broke into the athletic training business in the late 1990s it was a budding field, but many among the old-time coaching crowd were skeptical.

High school coaches have long been certified in CPR and first aid. They were the people taping ankles before competition and serious injuries were left solely to family doctors. Occasionally, a local orthopedic doctor may have offered services for a game as a favor. Heck, athletic training wasn’t recognized as a health care profession by the American Medical Association until 1991.

Why in the world would a high school need an athletic trainer?

Nearly 25 years after Surace became a trainer for Niagara Falls High School, it is more common for a high school to employ an athletic trainer than not and the skepticism was proved false.

It has become so critical to athletic departments that Surace and Niagara Falls Memorial Medical Center partnered with head orthopedic surgeon William Wind and University at Buffalo Orthopaedics and Sports Medicine in 2005. Between the two, all of the schools in the Niagara Frontier League employ their services.

Nine high schools, two colleges and a handful of other local athletic programs contract one of NFMMC’s 15 certified trainers for practices and games. The program is consistently looking to expand services or sports and the next step is high schools hiring strength coaches. NFMMC offers performance training and is interested in taking the leap, though it will once again hinge upon funding and a new line of thinking.

“Some of the schools have asked me about it, so it’s out there and I know athletic directors would love to do it,” said Surace, who is director of sports medicine and Summit Rehab manager for NFMMC. “Funding is a challenge and commitment to who’s going to do it and doing it on a daily basis. There are some high schools that hire full-time strength coaches, but it has not taken off in New York State.”

The program has a comprehensive team to meet the needs of schools, including offering CPR and first aid courses for coaches, which are mandatory for the state. Concussion management and rehabilitation is also conducted at the school. An ACL bridge program is also offered in the summer to help athletes in the transition from rehab to full speed following major knee injuries.

Hiring athletic trainers relieved coaches of the burden of dealing with injuries, especially in the midst of a game. Coaches are attempting to process volumes of information during a game and injuries can slip through the cracks. Trainers often give coaches warm-ups tailored to recovering athletes or even to help with progressive fatigue.

“The coach can focus more on their strategic approach, preparation, what might be going internally with the team and know there’s somebody that’s solely focused on the physical welfare of a student-athlete,” Lew-Port athletic director Brad Halgash said. “They will only allow them back in when it’s appropriate. … It’s a safety net for a coach.”

The same reasoning makes hiring a strength coach a prudent decision. Year-round strength programs are the norm in high school sports, but coaches do not have the time — and often not the credentials — to develop a performance program for individual athletes and strength training has proven not to be a one-size-fits-all science.

Among the schools considering a full-time strength coach within the next year is Niagara Falls, as athletic director Joe Contento believes the position is a “must-have” for strength and nutritional improvements for athletes.

It is nearly impossible for a coach to implement a strength program for the different needs of each athlete on the team while tending to all the duties of running a program, which is no longer an in-season job.

NFMMC runs programs in the summer, which helps kids improve over six weeks, but the best results would occur in a year-long program. They have the ability to establish programs for each sport and offer more one-on-one instruction, both of which can help reduce injuries through proper body alignment.

“We have a couple that are CSCS and it helps in the proper lifting technique and get kids doing the right exercises for the right sport,” Surace said. “It’s an important thing, especially for safety within the weight room. Allowing us to do the summer camps helps prepare kids for the fall, but doing it year-round would be the best if we could do it.”

In recent years, athletes have gravitated toward independent sports performance centers for one-on-one and sport-specific training. Such companies have certified strength coaches, along with former successful athletes to create workout regimens that have proven to produce results.

But it is often costly and time consuming to enlist the services of such professionals, creating challenges for financially-strapped families. Performance centers often range from $50 to $250 per session, while the yearly cost of playing a sport ranges from $268 (flag football) to $2,583 (hockey), according to the Aspen Institute.

For families that cannot afford the extra training or do not have transportation, having a strength coach at the school would alleviate those problems.

“Everyone knows if you go to these independent places, they’re going to benefit you in the long run,” Halgash said. “The finances, the distance become a problem for student-athletes with a lot of potential. If the school can combine their athletic trainer and a strength and conditioning coach and get that done through a school’s budget, you can impact your entire athletic program.”