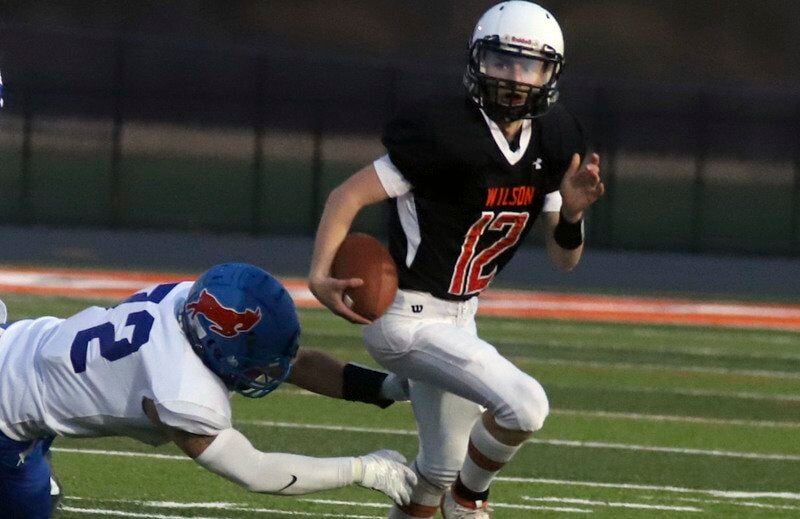 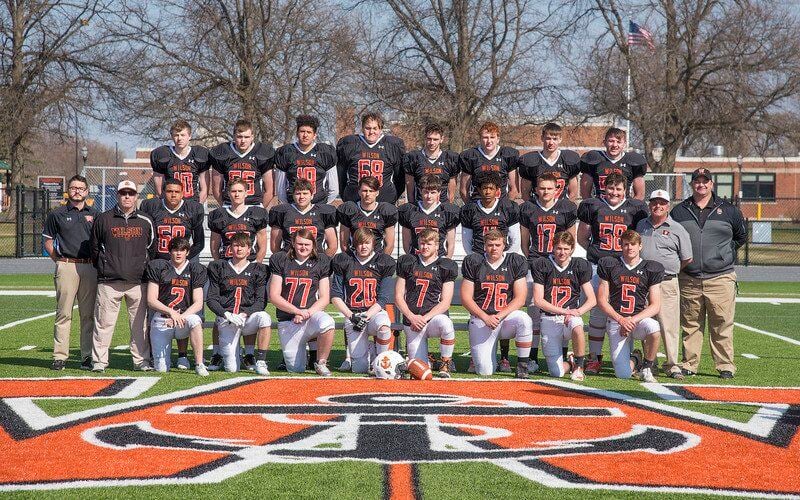 WILSON — You can’t question the heart of the Lakemen.

Wilson football was unable to win its home opener of the 2021 spring season, as Williamsville South handily took a 43-14 win Friday at Wilson High School. The Lakemen (0-2) should not hang their heads, though, seeing as the game had extenuating circumstances.

Roughly two days prior to kickoff, Wilson thought it’d still be playing a fellow Class C North opponent in Cleveland Hill. But due to the Eagles being on a COVID-19 pause, the Lakemen moved on to prep for rival Newfane in week three.

But less than 24 hours before the game — coaches literally texted players at 9 p.m. Thursday evening — Wilson had a new opponent for week two. But unlike Class C Cleve Hill, the Lakemen would be playing up, taking on a Billies (2-0) squad that hails from Class A2.

“I hope it shows, around Section VI, that Wilson won’t be afraid to play anybody, anywhere, any time,” said Wilson head coach Bill Atlas.

“And going in, we know they’re a bigger school. And they’ve got, for every three athletes we have, they’ve probably got seven or eight. But we gave it our all, did the best we could and I’m proud of the guys. Better than sitting home on a Friday night, right?”

After a Wilson 3-and-out, the Billies took advantage early, with Jeremy Matute (10 receptions, 143 receiving yards, 2 TDs) starting out his big night with a 48-yard catch that set up Jonathon Clifford’s quarterback-keeper TD. South went up 13-0 in the second on another catch from Matute, this time a 9-yard TD reception, before his squad missed the PAT.

The Billies and Lakemen would trade interceptions in the second quarter, with Mason Branch snagging one from Clifford, before Clifford recorded one of his own playing safety. South keep the ball moving from there, though, going up 20-0 on a jet sweep play from Christian Dewer.

Wilson, however, would answer in nice fashion. Tyler Yousett found Chris Dispenza on a 4th-and-7 goal-line play to close the half at 20-6, as the QB was making his season debut after returning from shoulder surgery.

Once the third quarter hit, though, it was all South. After Matute’s second score of the game, the Billies forced a safety and eventually turned that into a 20-yard TD play from Clifford to Max Graves. The Lakemen would fumble the next possession, setting up Aidan Ostrowski’s TD run to cap his strong night (88 rushing yards, 8.8 yards per carry, 1 TD). South’s 23-point third quarter would put the game out of reach for good.

But the Lakemen would get on the board again in the fourth, as Evan Wolfe burst through the Billies defense to give Wilson something to hang its hats on moving forward.

Some stat leaders for Wilson on the night included Branca (3 receptions, 31 yards, 5 tackles), Dispenza (7 tackles, 1 sack) and the Mahar brothers, Evan and Ben, as well as Xavior Fitzgibbon (4 tackles each).

Atlas believes the one piece of note to build on from the game was how well the team stopped the run in the first half. Atlas acknowledged it was South head coach Kraig Kurzanski’s pass-heavy system that ultimately did the Lakemen in.

But looking ahead to a matchup with Newfane, which relies on a option-based attack, Atlas believes Wilson will be fine adjusting after film study. Seeing some of the flashes the Lakemen had in the outing, Atlas shared a message to his group about staying in it.

“I told ‘em, I said, ‘You stood with ‘em. You stood with a bigger, faster, stronger team and you didn’t quit, and you didn’t give up,’” Atlas said. “That’s all I can ask. ... Don’t ever give up, give it your all and just get better every day. If we can do (those) things, the season’s a success.”

Wilson will head over for a 2 p.m. matinee at Newfane next week Saturday.