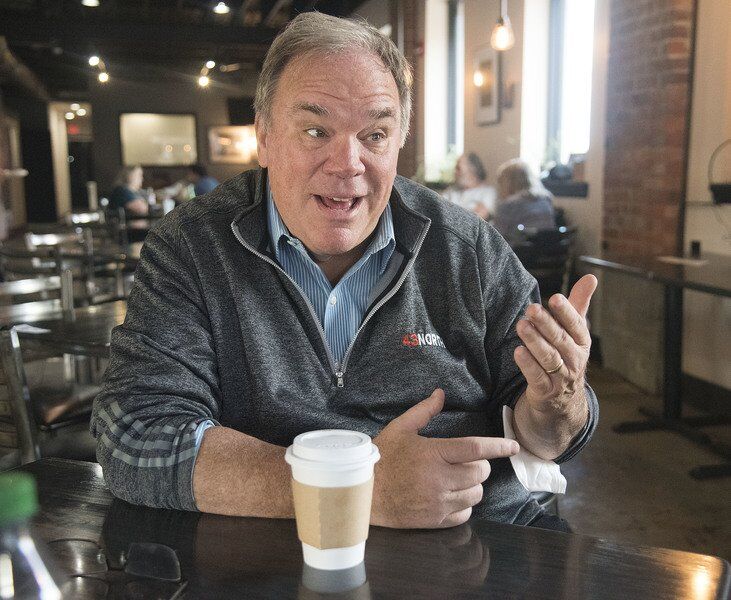 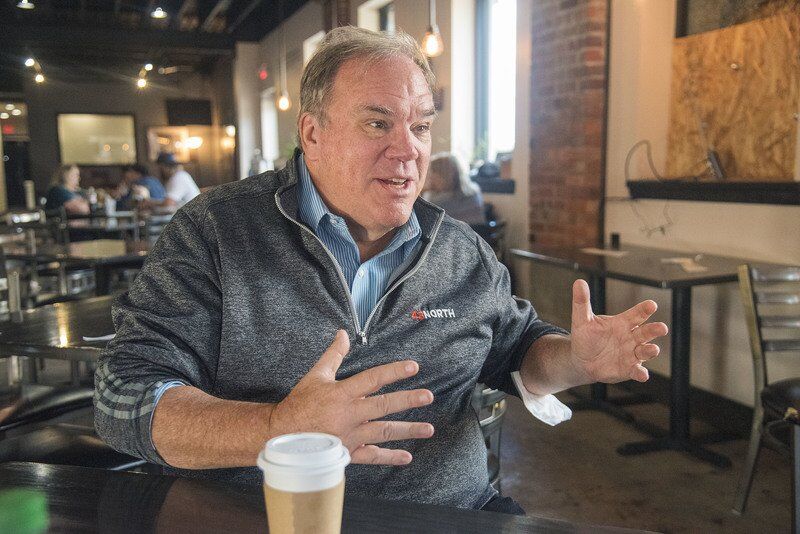 There are few high-pitched screams. No signature catchphrases. But when John Murphy speaks into the microphone, his voice is unmistakable to Western New Yorkers.

A primetime talent who passed on pursuing a career as a national broadcaster to stay close to his native Lockport, Murphy has not had an easy or normal path. His smooth delivery with a microphone in his hand just makes it appear that way.

Buffalo sports fans have been spoiled with legendary broadcasters like Van Miller and Rick Jeanneret, who became beloved thanks to bombastic calls to match their large personalities. Cries of “Pandemonium!” or “Top shelf where momma hides the cookies!” would not fit Buffalo broadcasting’s everyman — a man most known simply as Murph.

Current and former colleagues rave about his ability to connect with audiences, largely due to an endearing personality. For more than 35 years, Murphy has connected with fans through talk radio, television news and studio broadcasting, serving as the color analyst and play-by-play man for the Buffalo Bills since 1984.

After starting his career at WLVL radio in Lockport, Murphy got a job at WBEN. In 1984, Stan Barron was diagnosed with cancer and Murphy was thrust into the color analyst role for Bills games. Despite being a mainstay on Bills broadcasts — including succeeding Miller on play-by-play in 2003 — Murphy has never called a Super Bowl.

Rights to Bills games shifted away from WBEN during Buffalo’s run to four consecutive Super Bowls and Murphy transitioned from radio to television, ascending to sports director at WKBW and WIVB. And until recently, the idea of calling a Super Bowl for the Bills has never been much of a reality.

But while he was sitting in a Nashville hotel room waiting for the Bills’ Monday Night Football game against the Tennessee Titans in October, it suddenly dawned on him that he might have to prepare for such an occasion.

“I’m thinking, if they get into the playoffs and get to a Super Bowl, you better be ready for these big games,” Murphy said. “You have to have a routine. So I started to train myself for a Super Bowl — when will I work, do I have to ramp up the time I spend watching the opponent? I don’t know if I could, but I might have to watch more games. I like to think I prepare well for these games now.”

On two different occasions, Jay Harris was pondering the next step of his career. Both times, Murphy who stepped in.

Harris was relatively new to WIVB in 2008 when then-sports director Dennis Williams was let go. Murphy accepted the position in the spring and kept Harris on staff as a producer. When Murphy left the station to work for the Bills full-time, Harris was suddenly alone. Longtime sportscaster Paul Peck exited the station in March 2012 and Murphy departed in June.

As Harris once again questioned his next destination, Murphy assured him a spot with the Bills. After a roundabout process, Harris eventually was brought in as a producer for Murphy’s new show, One Bills Live.

Working with Murphy for more than a decade, Harris observed how connected he was within the local sports scene, as well as nationally. This allowed him to find the proper note to hit with fans, whether it was a big free agent signing or a somber story, such as the death of Sabre great Rick Martin in 2011.

A degree from broadcasting juggernaut Syracuse University and contacts throughout the country usually results in an announcer leaving for a bigger market. Murphy was never interested in planting roots outside of Western New York, however.

His father, Matthew, was a member of the New York State Assembly. Prior to being an Orchard Park town supervisor and executive director of the Family Justice Center of Erie County, his wife Mary Travers Murphy was also a journalist at WKBW and the pair were the first Buffalo broadcasters to be married while working for the same station.

Murphy has proven loyal to Western New York and its sports teams, along with his local friends. Admittedly not an avid NBA fan, Murphy purchased the NBA League Pass and watched childhood friend John Beilein’s entire 54-game stint as coach of the Cleveland Cavaliers.

“When you’re on a national stage, there’s a lot of self-satisfaction and gratitude,” Harris said. “But when you’re able to connect with people you see on a daily basis — and you’re doing it not only for yourself, but for the fans — that’s what has kept him here.”

Former Bills great and One Bills Live co-host Steve Tasker believes Murphy staying local for the duration of his career has created a deep bond with Buffalo sports fans. Buffalonians are known to invest in homegrown people, similarly to Murphy's mentors, Miller and his first WKBW boss, Rick Azar.

“Buffalo fans appreciate a guy who has history with Buffalo,” Tasker said. “Murph is entrenched in the history of this city, broadcasting and covering this team. … Fans really appreciate his history with the team and being a part of the broadcasts for so long and I think Murph is part of the family for Bills fans.”

Murphy also became family for the Bills upon joining the organization full-time. He emceed many of the events hosted by the team and players during his run with the team. And while Murphy has attempted to be honest in his broadcasts with the Bills, his style has been embraced by players.

“He’s smart, he does a good job, he’s prepared, and as a player, that’s what’s expected of you and you expect that of others,” said Eric Wood, a two-time Pro Bowl center with the Bills who now teams with Murphy to provide color commentary on Bills radio broadcasts. “He’s never in a position where he makes a bunch of hard takes about the Bills and he’s never going to bash a play. Guys like people like that.”

The 66-year-old Murphy has dialed back his schedule in recent years, departing when his contract expired after an eight-year run on One Bills Live. He found the daily three-hour simulcast show enjoyable, but it presented challenges. Preparation cut into his free time and it was often a struggle to find quality content during the offseason.

Ultimately, he sided with a preference to allocate more time to his grandchildren in 2020, but he is also now attempting to conquer a new form of media with a weekly podcast sponsored by Sullivan’s Brewing Company, following a chance meeting with CEO Michael Meade.

Murphy had been hosting One Bills Live during the week of Super Bowl LI in Houston and decided to skip the big game, traveling instead with his wife to Austin. There, he spotted Meade wearing a Big Ditch Brewing Company and began chatting.

Meade, a Buffalo native, helped revive Sullivan’s in 2016 after a Kilkenny, Ireland-based company that dated back to the 1700s had been dormant for more than 100 years. When Murphy’s contract expired with the Bills, he phoned Meade.

Now, Murphy’s schedule consists of recording his podcast — featuring a football interview subject and a beer-related interview subject — on Monday or Tuesday. He attends Bills practices on Wednesday and helps a Sullivan salesman on Thursdays. Tack on visits to Niagara County to see his grandchildren.

Despite some new ventures, Murphy is still dedicated to his role as the voice of the Bills and has no interest in relinquishing the job soon. Murphy was behind the microphone for the entirety of the Bills drought and often quipped that fans blamed him. But as the Bills have transcended into contenders, he wants to enjoy the wins.

“I want to ride it out and see where this team goes,” Murphy said. “I have no impact on wins or losses, but I like to be around wins and be around a team that people are interested in. I’m not elderly or ailing yet.”

“He’s 100% Buffalo,” Tasker said. “I think his legacy is that his voice is our voice — the people of Western New York. We may never have a more Buffalo personified in a voice than John Murphy. He’s the voice of our region and our generation and he’s one of us. I think that’s why people like the guy so much.”