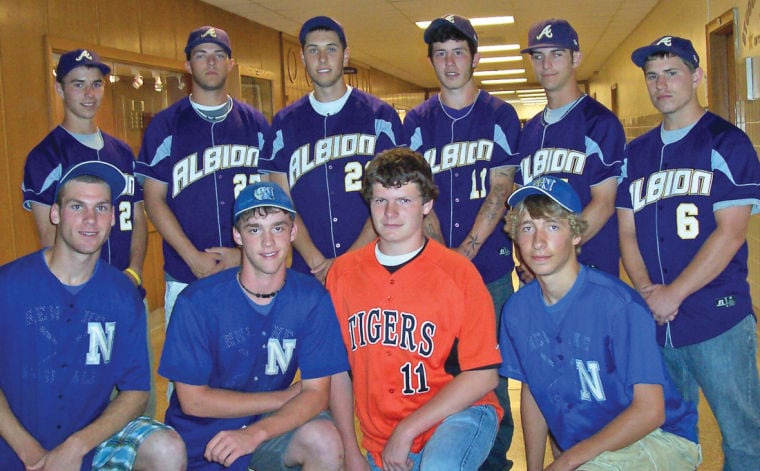 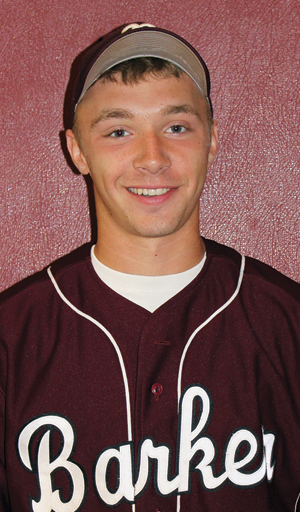 Pierce, a three-year varsity player, struck out 48 in 28 innings pitched an had an earned run average of only 1.01. At the plate, he hit .339 with 16 RBIs, three home runs and two doubles.

“Rohn is a solid leader and a dominant presence when he takes the mound,” Newfane coach Jeff Kneeland said.

“A three year varsity player, Dan has developed into an outstanding centerfielder covering large amounts of ground and was also a clutch hitter for us all year,” coach Kneeland said.

“Steve provides us with a solid contact hitter in the leadoff spot and also did a solid job in the outfield throwing out two runners at the plate,” coach Kneeland said.

“Andrew continues to be a solid all around player for us at shortstop and pitcher,” Barker coach Rob Mucha said. “He is one of only three defensive players that I have complete faith in making every play despite fighting bicep tendonitis and jammed fingers suffered early in the season.”

Rush, who earned second team All-Western New York honors a year ago, led Albion with a .513 batting average, 21 RBIs and a .636 on base percentage. He plans to attend St. John Fisher to major in nursing and play baseball.

“Defensively Brad has an outstanding glove saving many errant throws and he has a great knowledge of the strike zone drawing 14 walks this season,’ said Albion coach Gary Mannella.

Ronnie Mannella hit .509 and led the Purple Eagles with 29 hits including four doubles, a triple and a home run. He had an on base percentage and drove in 21 runs. He will attend SUNY Fredonia to major in elementary education and play baseball.

‘Ronnie has played a great defensive shortstop using his arm strength to make many plays in the hole,” coach Mannella said. “He has also been our closer on the mound with three saves and has been a spot starter when needed with 24 strikeouts in 15 innings of work.”

Monacelli, who had a batting average of .457 and an on base percentage of .583, scored 14 runs and had 14 stolen bases, 13 RBIs an 14 walks. He will attend Baldwin Wallace to major in Physical Education and play football.

“Matt is a typical leadoff hitter with good speed and plate discipline,” coach Mannella said. “He roams centerfield very well and was captain of our outfield with a good arm.”

Keeler hit .434, drove in 20 runs and had a team high slugging percentage of .698. He led the team in doubles with six, in triples with four and scored 21 runs. He will attend Mount Union College to major in Civil Engineering and play baseball.

“Buddy played a very solid third base for us with a strong throwing arm,” coach Mannella said. “He made many difficult plays this year at third and was also one of our starting pitchers.”

Gregori hit .500 and had a slugging percentage of .688. He had two doubles, two triples , one home run and 19 RBIs and scored 13 runs. He plans to attend Genesee Community College and hopes to play baseball.

“Nick played above and beyond our expectations,” coach Mannella said. “Defensively he is an outstanding receiver and blocks the ball very well. He also has a very strong arm  which has kept many teams from stealing.”

Nate Lester registered a 4-0 league record on the mound with a 2.90 earned run average and 26 strikeouts and only four walks in 26 innings. At the plate he hit .458 with a slugging percentage of .626. He had six doubles, one triple and stole 12 bases. He plans to attend SUNY Fredonia to major in Sports Management and play baseball.

“Nate has been the first team All-League utility player the past two year and is a true utility player in every sense of the word,” coach Mannella said. “He was one of our top starting pitchers whose outings included defeating last year’s state Class A champion Aquinas. He also plays third base, shortstop or rightfield when Keeler, Mannella or Craft is pitching and also served as our back up catcher and first baseman.”