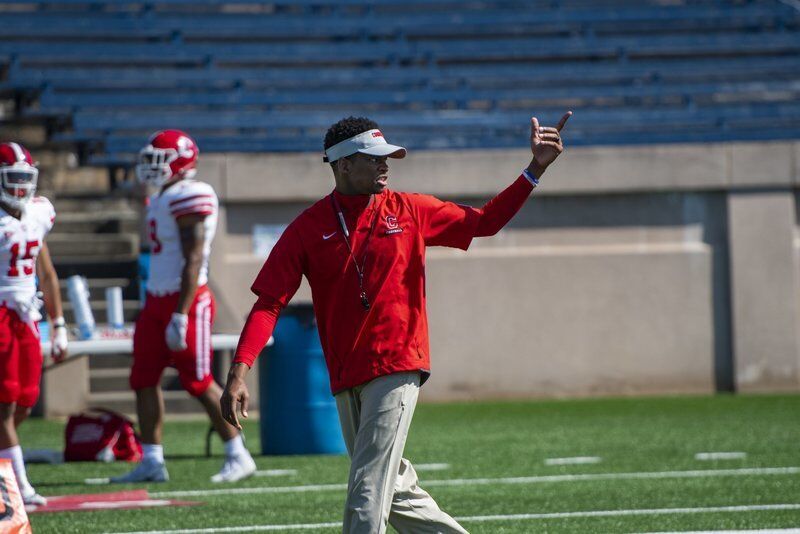 Newfane grad Jordan Hogan waves to a player ahead of a game with Cornel University, where he served as wide receivers coach the past three years. 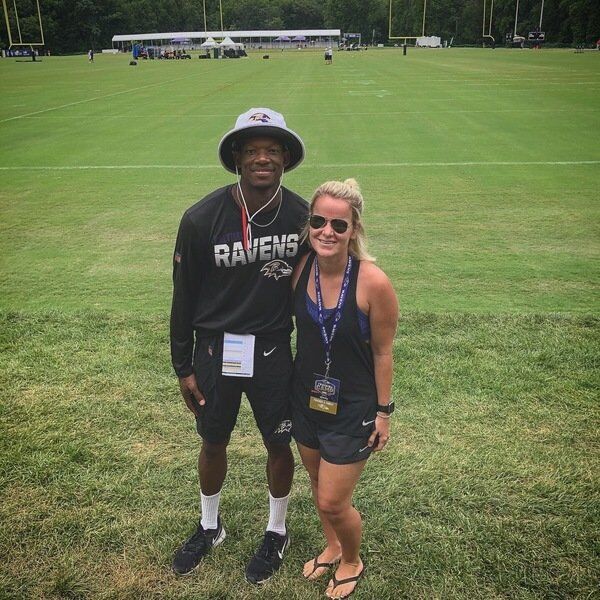 Newfane grad Jordan Hogan waves to a player ahead of a game with Cornel University, where he served as wide receivers coach the past three years.

It's been a long road to the top for Jordan Hogan. But his climb is still ascending.

On July 27, the Arizona Cardinals announced that Hogan would be joining the team's coaching staff this season to assist the quarterbacks as a part of the The Bill Bidwill Coaching Fellowship. This program — named after the deceased former owner of the Cardinals — was developed in 2015 to aid in diversifying staffs throughout the NFL.

After his playing days as a wideout with SUNY Brockport, the 2009 Newfane alumnus had coaching stops with Buffalo State and Stonehill College before spending the last three seasons with Cornell University as its wide receivers coach.

Having interned in training camps with the Buffalo Bills (2016), Indianapolis Colts (2017) and Baltimore Ravens (2019) through the NFL's Bill Walsh Diversity Coaching Fellowship, Hogan's familiarity with the league was something that piqued the Cards' interest.

It may have also helped knowing someone on staff — Lockport native Sean Kugler, Arizona's offensive line coach — but Hogan feels his character in those prior stops reigned supreme. The beauty of the position is that although it's a one-year deal, most coaches in the role end up being brought back for a second season, which often leads to more NFL opportunities.

"As long as I carry myself the right way, do the job that's asked of me to do, obviously get the job done," Hogan said. " ... Sometimes you've gotta take risks and you've gotta take chances. Obviously I'm gonna bet on myself and know that I'm gonna do a good enough job to where I'll be brought back for another year. ... Or I've got a bunch of coaches (I know) around the league. Some of those coaches may go on to be a position coach, or a head coach, or a coordinator in another organization, so they may come and grab me.

"So I'm definitely setting myself and my family up for a good future, that's for sure."

Hogan has been in Arizona for nearly a month now as he tries to get the full grasp on the Kliff Kingsbury's air-raid offense. As he gets up to speed, Hogan has enjoyed seeing the "buzz" of energy picking up in the building as the team inches closer to real practices and competition.

One of the habits Hogan has made in his NFL stops has been to be a fly on the wall and pick the brains of the powers that be, as well as passing that knowledge along to his young guys at the collegiate level. Being able to see how NFL coaches carry themselves and handle their business on a daily basis is something he holds onto to this day.

"I always tell guys that do get the summer internship positions, be fast to listen and slow to speak," Hogan said. "It's really important. Obviously you want to make an impression, but you've just gotta know when to talk, when to listen, when to raise your hand, when to ask questions. Sometimes coaches just don't want to hear what you've got to say because you're an intern; you don't know anything."

Hogan would be thankful to be with any quarterback group, just knowing how exclusive those 32 rooms are across the league. But not only will the reigning Iffensive Rookie of the Year and 2018 Heisman Trophy winner, Kyler Murray, be under center for AZ, Hogan will be working with offensive-minded head coach and former NFL quarterback in Kingsbury, as well as learning under offensive assistant Cameron Turner and passing game coordinator Tom Clements, the former Bills offensive coordinator.

Add in a receiving core touting All-Pro DeAndre Hopkins, future Hall of Famer Larry Fitzgerald, Christian Kirk and 2019 draftees Andy Isabella, Hakeem Butler and KeeSean Johnson, and the passing offense could be one of the best in the league. That doesn't even take into account a talented backfield featuring Kenyan Drake, Chase Edmonds and Eno Benjamin. The Cards could have one of the NFL's scariest offenses.

With Murray handling the reigns offensively, the defense should be much improved with former Buffalo Bills DL Jordan Phillips signing in free agency and the first-round selection of jack-of-all-trades LB Isaiah Simmons. They look to be the missing pieces on a unit featuring All-Pros Chandler Jones and Patrick Peterson, rising star Budda Baker and solid veterans like Jordan Hicks and De'Vondre Campbell.

With a roster this loaded, the sky's the limit in Phoenix.

"Every time I walk into the office, I truly have a smile on my face," Hogan said. " ... If this (opportunity) were to happen like last year, or two years from now, I still would've taken this opportunity. But for me to be here right now, there's just such a sense of urgency within the organization to win now. You can see it with the acquisitions we've got."

Although the Cardinals are in the NFC, Bills fans should stay on the lookout for Hogan's new squad. Arizona and its two Western New York natives host Buffalo on Nov. 15.