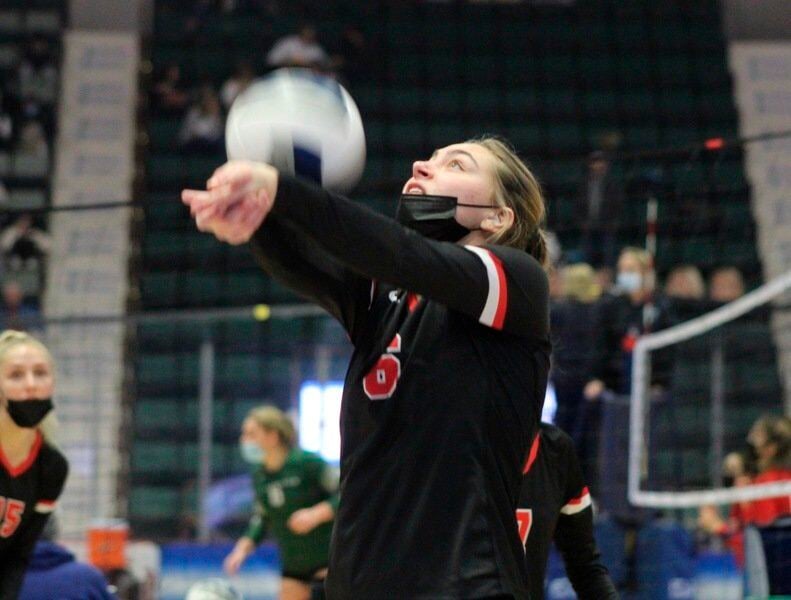 Nick Sabato/StaffNiagara Wheatfield's Emily Quider saves a ball from going out of bounds during the NYSPHSAA Class A state tournament on Saturday at Cool Insuring Arena in Glens Falls. 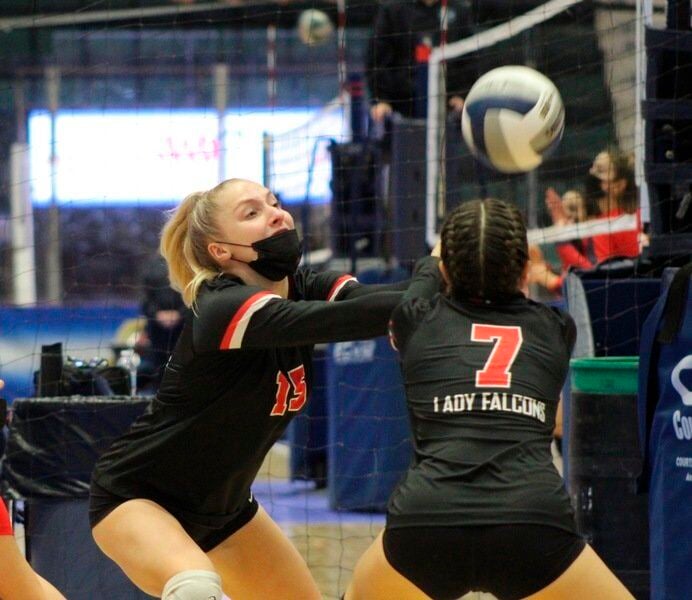 Nick Sabato/StaffNiagara Wheatfield's Kelsey Tylec (15) reaches for a ball with teammate Krissa Bissell (7) during the NYSPHSAA Class A state tournament on Saturday at Cool Insuring Arena in Glens Falls. 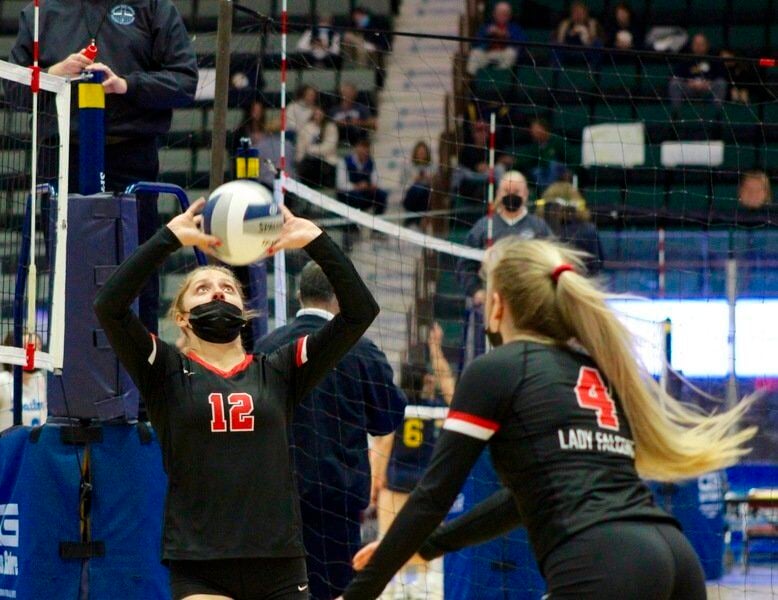 Nick Sabato/StaffNiagara Wheatfield's Emily Quider saves a ball from going out of bounds during the NYSPHSAA Class A state tournament on Saturday at Cool Insuring Arena in Glens Falls.

Nick Sabato/StaffNiagara Wheatfield's Kelsey Tylec (15) reaches for a ball with teammate Krissa Bissell (7) during the NYSPHSAA Class A state tournament on Saturday at Cool Insuring Arena in Glens Falls.

GLENS FALLS — Niagara Wheatfield and Wantagh players sat in the bleachers, a helpless feeling washing over them as they hoped for one more match.

The two teams were minutes removed from battling in the NYSPHSAA Class A state volleyball tournament on Saturday at Cool Insuring Arena, but both needed help advancing to the finals. Niagara Wheatfield and Wantagh split a two-set series and both had a record of 2-4 in pool play. If Burnt Hills swept Walter Panas, it would force a three-way playoff.

One school would get a bye based on point differential, while the other two would compete in one 25-point match, advancing to play the third team in a 25-point match to move on to the finals.

But Burnt Hills was 4-0, already qualified for the finals. When the Spartans reached match-point against Panas in the first set, several starters were pulled. The Panthers rallied, and even after the starters returned, momentum could not be slowed.

“I told my girls we needed to do everything in our power to not make other teams be the reason you’re in the finals. We needed to win more,” Niagara Wheatfield head coach Brandi Cochran said. “Everytime we lost, we didn’t harp on it. We moved onto the next set, but in the back of my mind, I knew we needed to pull one more game. … We just did not start out strong enough to make it to the finals.”

All season, the Falcons found ways to overcome slow starts or temporary breakdowns. However, there was simply not enough room for error in the state tournament. In the first match of the day, Niagara Wheatfield had a sluggish performance in the first set against Panas, resulting in a 25-22 loss. It rebounded to win 25-19, but the loss proved costly.

Aside from the loss to Panas in the final match of the round-robin tournament, Burnt Hills cruised through the competition, with few finding answers to solve Colgate commit Carlie Rzeszotarski. The Falcons dropped both sets (25-11, 25-8) to the Spartans and their high-powered outside hitter.

Perhaps the fatal blow came against Wantagh, however. A sweep would have put Niagara Wheatfield in prime position to force at least a one-set playoff with Panas. The Falcons won the first set 25-19, but hit a lull in the second and struggled to receive serves, resulting in a 25-20 loss.

“This was not our best day of volleyball, and in the state tournament, you need to bring your best volleyball,” Cochran said. “The entire day won’t be perfect, but when you’re talking all day, you need to be at your top level and that wasn’t ours today. Even at our average selves, we had a chance to make it to the finals.”

Two sets could have eliminated the suspense and ultimately the tears for Niagara Wheatfield, delivering a disappointing end to a dominating year. In fact, its 28-match win streak in best-of-5 matches still stands, as no team was able to beat the Falcons in a traditional match this season.

“It was stressful, but I’m proud we ended our season together and we gave it our all,” Niagara Wheatfield senior Kesley Tylec said. “... It was disappointing, but I think we could have played better.”